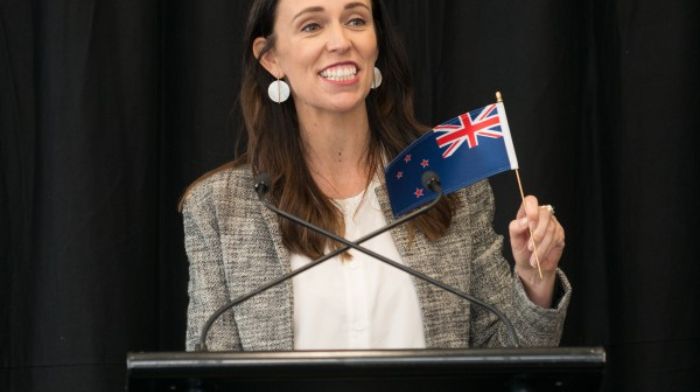 It’s so hard to be a woman; it’s true. I should know, I am a woman. You’re expected to be everything all the time for all the people: wife, mother, feminine, strong, intelligent, poised, empathetic, sympathetic, pretty, edgy…the list goes on and on.

This has been the case since the dawn of time when the good Lord blessed Sarah to be the mother of nations through to today. But, of course, it’s also hard to be a man, at least I would imagine; I wouldn’t know since I’m not a man. But I do know that I expect men to be strong, smart, poised, empathetic, tough, sympathetic, resilient…the list goes on and on and, in many ways, mirrors the same traits expected of women.

Apparently, it’s especially difficult to be a woman in politics, at least one that the left likes… those on the right deserve every bit of unfair treatment they receive.

The latest catalyst for left-wing mainstream media to whine about sexism is how the allegedly cruel treatment of New Zealand Prime Minister Jacinda Ardern forced her to resign.

#PrimeMinister @jacindaardern resigned today. I am not surprised nor do I blame her. Her treatment, the pile on, in the last few months has been disgraceful and embarrassing. All the bullies, the misogynists, the aggrieved. She deserved so much better. A great leader. Thanks PM! pic.twitter.com/7b1AhjBXrW

This week New Zealand Prime Minister and the world’s favorite left-wing hip ‘It Girl’ Jacinda Ardern announced her decision to resign this year due to burnout, at least according to her.

“You cannot and should not do the job unless you have a full tank, plus a bit in reserve for those unplanned and unexpected challenges.”

I agree with her statement 100%; we have far too many leaders in various industries who hold on to the mantel when they aren’t fully dedicated to the cause. But to give her some credit, she could’ve stuck around; after all, our President is running on an empty tank and seems to be holding on just fine.

Plenty have rallied behind the former DJ turned political superstar, claiming that the increased threats to her life played a part in her resignation.

As to the threats, one might make an educated guess that these are related to New Zealand’s extreme, authoritarian COVID policies and Ardern’s tendency to behave and speak like a totalitarian dictator. (Not that that is an excuse, but merely an explanation.)

Sandra Pepera, director of the National Democratic Insitute’s Gender, Women, and Democracy team, said of her resignation and the treatment women in politics receive:

“When women stand up to claim their space, in politics and public life, there is an ensuing backlash. This is a global phenomenon. It happens pretty much everywhere.”

That is an interesting statement; let’s discuss this concept of ‘claiming space.’

I’ve been a woman my whole life, which is approaching 40 fantastic years. It hasn’t always been easy, especially since I spent 20 of those years in the United States military.

I dealt with plenty of sexism going up through the ranks, with all but two of my Commanders being men, many of whom expected me to be prettier and manage their calendars for them. But at no point did I expect to receive ‘space’ at the table or in the leadership arena because of my chromosomes, which is part of the problem facing the feminist movement today.

Whether you are a man or a woman, your place at the table in your specific industry shouldn’t be claimed as if it’s yours out of default. Still, it should be earned based on your performance and tenacity.

For example, when PM Ardern was elected in 2017, she was lauded as becoming the world’s youngest woman to be head of a government. Later she became only the second to give birth while in office.

Why do we care about such trivial facts? What does youth, gender, or a completely normal biological action of childbirth mean anything in relation to leadership?

There wasn’t the same fanfare provided to Giorgia Meloni was elected the next Italian Prime Minister. But that’s because she’s not a cool hip progressive.

Putin: “We will continue to be your single source of truth. Unless you hear it from us, it is not the truth.”

The double standard between how the world treats women and men is there, no doubt. However, I would argue that the double standard the media treats left-wing women versus those on the right is more disgusting.

Let’s take a trip down memory lane, shall we? Not long ago, the mean girls on “The View” said then-Republican Presidential candidate Carly Fiorina’s face looked like a “demented Halloween mask.”

The abuse Kellyanne Conway received over her makeup, face, and clothes, with jokes about her performing sexual acts in the Oval Office, was just as brutal, if not worse, than Hillary Clinton’s and even garnered outrage from Chelsea Clinton in a rare sign of feminine unity.

And, of course, there was the White House correspondents dinner where then-Press Secretary Sarah Huckabee Sanders sat through a ‘comedy’ routine built solely around making fun of her face.

But all of that was just jokes, right? Nothing like what poor Vice President Kamala Harris has had to endure with constant criticism about her job performance rooted in what the mainstream media and left-wing pundits often claim is sexism or racism, whichever excuse is trendy at the time.

Do I condone any of this? No, I think it’s juvenile, disgusting, and unfair. But I also think women can be bad at their jobs and deserve valid criticism based on their performance.

This brings me to the real reason PM Ardern resigned.

This is what psycho sounds like. Is she #jacindaardern still on whatever she was on back then when she told people of #NewZealand who did not want to get tested that they would be kept in the isolation facility for even longer …pic.twitter.com/MztlgaccA6

“These threats against women in public office can have a tangible effect on whether women seek out and wish to remain in government – let alone whether they’ll be successful.”

I suppose that is true, but I would argue that’s women’s fault more than those hurling the threats. Since when do we allow weak-minded intellectual Neanderthals to scare us away from pursuing our dreams and goals?

I guess that’s what we do now. Ms. Ardern likely resigned because while she’s still beloved by the global elite, her constituents are tired of her hard-line left policies, as evidenced by the polls that have had her government plummeting.

It’s easier to take the coward way out and allow the media to claim people are too mean to you than to take responsibility for your mistakes. In fact, when asked last month by a member of the opposition party if she has any policies, she would apologize for she got caught on a hot mic moment calling him “such an arrogant prick.”

I’m sure that didn’t help her in the polls.

Why are people acting as if Jacinda Ardern stepping down is wonderful and admirable.

She’s stepping down because there was no way she was going to win. – she failed.

Here’s my advice as a woman who has overcome adversity and receives a fair amount of hate from strangers all the time to young ladies and little girls like my daughter: Life is hard, and you will always be judged on things that shouldn’t matter, like your gender.

There will always be people who want you to be some form of what they think a woman should be, and those versions will always be on opposing spectrums. You can use this as a crutch and keep yourself held back and a victim of this unfairness.

Or you can put your big girl panties on and do the damn things. Contrary to popular belief, you don’t need to see other women in positions you want to hold to see yourself in them.

Gender only matters if you decide it matters. Be a real trailblazer, earn your ‘space’ in the world, or be a quitter.

Entirely up to you ladies.

Reading through ⁦@jacindaardern⁩ quotes ahead of this evenings ⁦@GBNEWS⁩ show.

It’s almost worse reading it on paper than hearing her saying it out loud.