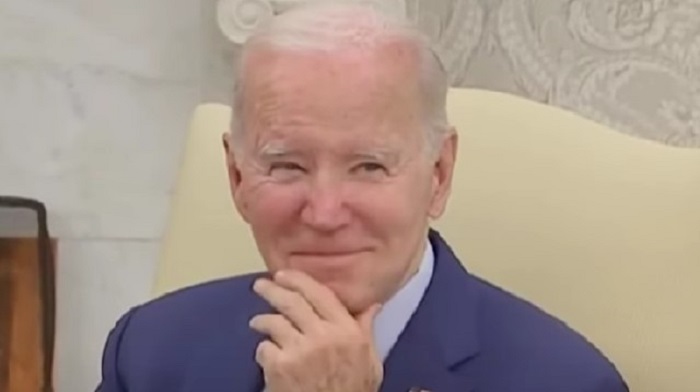 In what could potentially be a blockbuster revelation, an email has surfaced naming Joe Biden in a discussion of an ‘arranged’ call between him and his son Hunter Biden regarding a multi-million dollar gas deal with China.

The email, dated October 27, 2017, was first reported by the Daily Mail and was discovered on Hunter’s infamous laptop.

In it, a Louisiana-based lawyer named Robert Fenet confirms he has arranged for “a call from Joe Biden and Hunter Biden on Monday morning to discuss the purchase of the 5 million tons of gas” from the US side of the deal – Houston energy company Cherniere.

The report points out that during that same month Hunter and President Biden’s brother, Jim Biden, “were brokering a multi-million dollar deal to supply gas from Louisiana to the country on behalf of their business partners, Chinese energy giant CEFC.”

This was in a period before Biden had announced a run for President and after his term as Vice President to Barack Obama.

The Daily Mail also cautions that it is conceivable that Fenet intended to write ‘Jim’ rather than ‘Joe,’ which is reasonable.

But, they add, “other emails and whistleblower testimony suggest Joe was involved in Hunter’s business dealings with the Chinese.”

The New York Post also cites the possibility of accidentally naming Joe instead of brother James but expands on President Biden’s relationship with Cherniere.

“President Biden has a history of ties to Cherniere’s executives,” they write. “He named former company lobbyist and vice president Ankit Desai as his political director in 2005, and former board member Heather Zichal became his campaign climate adviser in 2020.”

Oct 2017 Hunter and Jim Biden, were brokering a multi-million dollar deal to supply gas from Louisiana to China
Louisiana-based lawyer Robert Fenet wrote in an email he arranged ‘a call from JOE BIDEN and Hunter Biden on Monday to discuss the purchase of the 5 million tons of gas pic.twitter.com/CO6M1ac07Z

President Biden has repeatedly denied any involvement in the business dealings of his son. This email, if it is in fact referencing Joe, would directly contradict his denials.

A previous Republican investigation of Hunter’s business dealings back in April roped James Biden into the family’s Chinese payments scandal, revealing that the President’s brother’s company received payments from a Chinese-financed consulting group in 2018.

Senator Chuck Grassley reported that the records indicate that, prior to Joe Biden launching his presidential campaign, James and Hunter received monthly retainers from the firm totaling $165,000 — $100,000 to Hunter and $65,000 to James.

CBS News revealed they had learned “more than 150 financial transactions involving either Hunter or James Biden’s global business affairs were flagged as concerning by U.S. banks for further review.”

According to a Washington Post report last April, Hunter Biden was the beneficiary of millions of dollars in consulting fees from executives of a Chinese energy company – to the tune of nearly $5 million.

Hunter’s ties to the Chinese energy company, the Post explained, “illustrate the ways in which [President Biden’s] family profited from relationships built over Joe Biden’s decades in public service.”

Over a 14-month period, $3.8 million in consulting fees flowed to Hunter Biden accounts, according to bank records. He also received $1 million for a legal retainer.

Our look inside Hunter Biden’s multimillion-dollar deals with a Chinese energy company: https://t.co/BNjePU3OWa

James Biden’s name surfaced in the days prior to the 2020 presidential election in a Fox News interview with Tony Bobulinski, a former business associate of Hunter Biden.

Bobulinski claimed Joe Biden, despite repeated denials on the matter, discussed business dealings with his son and suggested the Democrat is also compromised by the Chinese Communist Party.

An email obtained by Fox News at the time appeared to outline a payout for Biden in a joint venture with CEFC China Energy.

Bobulinski, in an interview with Tucker Carlson, insisted the ‘big guy’ is a reference to Joe Biden, though that has not been confirmed elsewhere.

Bobulinski also provided Fox with a copy of a text message in which he texted Jim telling him to “thank Joe for his time” regarding their deal with communist China.

After meeting with Joe, his brother Jim Biden, and Hunter, to discuss their deal with communist China, Tony Bobulinski texted Jim telling him to “thank Joe for his time.” pic.twitter.com/JBxGL5HuDG

Further emails reported by the Daily Mail show the President’s brother stressing the Biden family’s involvement in the project.

“We Biden’s often fraught with problems, that they can can [sic] come from working with family members, are of a different mind,” he wrote to Fenet in October 2017.

“It’s all about family, and people we choose to do business with.”