According to the Elite, Controlling Citizen Movement Will Save the Planet 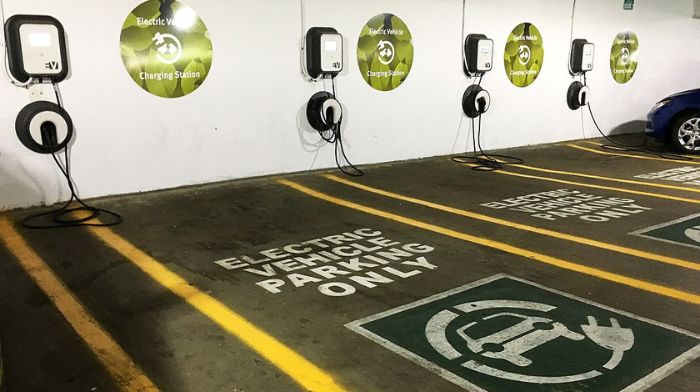 I’ve been covering a lot of climate change news this week, and my feelings on the subject are balancing on a high-wire between comical to incredulous.

This week obviously has a lot of chatter on climate change thanks to the World Economic Forum’s (WEF) annual Davos meeting, which spends excessive time discussing the imminent death of our planet, among other things.

The declaration that “the era of unrestrained private car use is well and truly over.”

Say what? It’s true; check it out below:

First they said it was about transitioning to electric cars. Now they’re saying the quiet part out loud – they want to end ALL private transport. A key aim of Agenda 2030 pic.twitter.com/jxYzlD9tGK

RELATED: Everyone’s Talking About the World Economic Forum. What is It?

“Our transport, our second Strategic Transport Projects Review, published just two weeks ago, confirms that the era of catering for unconstrained growth in private car use is well and truly over.”

I get it; it can be hard to understand what those Scots are saying, so let me spell it out. Mr. Mattheson is saying that soon his government will begin to move towards prohibiting Scottish citizens from owning vehicles.

This is sold as a step towards Scotland’s goal of getting to “net-zero” emissions. To manipulate the country’s infrastructure to allow for this bold move, the idea is to build the ’20-minute neighborhood.’

Having neighborhoods built in a 20-minute fashion ensures that all services are within a 20-minute walk or cycle from a person’s front door. Sounds great, right?

Wrong; this has absolutely nothing to do with climate change or making things more convenient to get to; it’s about controlling the movement of their people. But we don’t need to care about that over here, do we?

I mean, the Scots do all sorts of crazy things, like eat haggis (which I’ve had and is delicious); we wouldn’t adopt anything like that, would we?

Governments across the World particularly UK whose Government is given cart blanch permission by majority of people to do what it damn well wants, will be on this big time. Already the Zones implementing. UK will be the first to lose private car ownership pic.twitter.com/zePSbQwgp5

Full disclosure, I actually dig electric vehicles, at least the Tesla. It’s sleek, it’s cool, it’s innovative, and it’s too expensive right now for me to have one.

However, like most cool, innovative things, the government gets in the way and ruins it. For example, to force electric vehicles on the population, California requires all new vehicles to be electric or hydrogen-powered in the state by 2035.

Washington, Massachusetts, New York, Oregon, and Vermont are expected to follow suit. But, have they proposed any actionable ideas on making these vehicles less expensive, last longer, and have an infrastructure built to care for them?

Of course not. Meanwhile, Wyoming has decided to flip the bird to these left-wing bastions of stupidity, proposing a bill to phase out the sale of electric vehicles in the state by 2035.

The Cowboy State’s reasoning is to safeguard the oil and gas industries in the state, which is so fantastic I might have to move my family to The Equality State.

Look at that, a state legislature looking out for its constituents.

#15minutecity is not to make your life more convenient. It is to control your movement, your carbon output, make private car ownership irrelevant, limit travel, and spending. The 🌎 is OUR backyard and our land. Not theirs. #wef23 #Canada #TrudeauBrokeCanada

Are You Paying Attention?

Earlier I reported on how what Americans should pay attention to when it comes to the WEF, as the ideas that are spawned there tend to get adapted and adopted into government legislation in Western countries.

Sound familiar? It should, as it’s closely related to what the Scots are proposing. The WEF has explained its reasoning on why car ownership should be a thing of the past:

“The forthcoming boon in electric vehicle use could mean unprecedented demands on the power grid, so responsible usage in lieu of innovation to utilize electric vehicles to feed back into the grid.”

Ah, once the powers that be have forced us all into overpaying for electric vehicles, we will have to be regulated on how often we use them because, you know, infrastructure.

The WEF goes on:

“This transition from fossil fuels to renewables will need large supplies of critical metals such as cobalt, lithium, nickel to name a few.”

The argument is that because those in control have made it a requirement to own electric vehicles, the same source that builds these cars will become scarce. So perhaps ‘owning’ should be reimagined into something else, like controlling.

The Sky Is Literally Falling

If you can’t tell, the WEF has become my new favorite chew toy, I just got a taste of it earlier this week, and I can’t seem to let it go. How can I with tasty little morsels like what we witnessed from inconvenient truther Al Gore this week?

In a strange hysterical old man rant, he announced:

“We’re still putting 162 million tons of greenhouse gas into it every single day and the accumulated amount is now trapping as much extra heat as would be released by 600,000 Hiroshima-class atomic bombs exploding every single day on the earth.”

He went on to attribute our bad habits like driving, eating, and in general living to the “boiling the oceans” and “rain bombs” – both of which sound like knock-off tracks from a REM album.

But, all joking aside, what these Chicken Littles cluck about does trickle down into our daily lives, albeit with different packaging.

What the Scots are discussing is just another form of what is called “transport innovations,” which are widely being discussed in the United Kingdom. But don’t let them fool you; none of this is about the environment or innovation.

It’s basically the terrible plot of Minority Report but in real life. While owning a car may seem trivial to the elite, it is how we mere peasants can freely move about the world.

It allows people to search for new job opportunities, new living conditions, and new experiences in general. The freedom to move about as we please is the basic building block of a civilized free society.

Take that away, and we lose everything.