Studies Prove Gen Z Kids Are NOT Alright, And Something Must Be Done 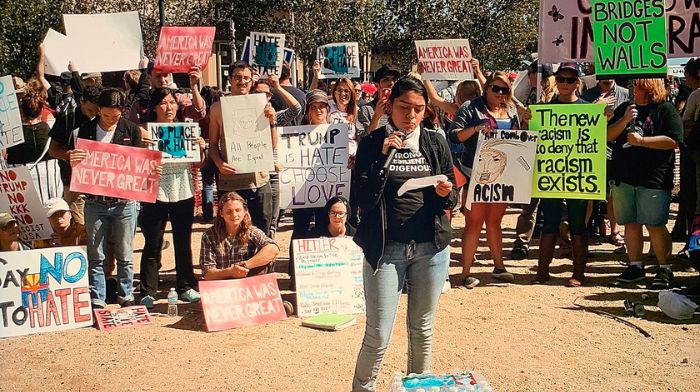 Depending on which website you go to, I either fall in the later half of Generation X or the very beginning of the Millennials. For most of my life, I haven’t paid much attention to generational gaps and chalked it up to each generation slowly evolving into a more technologically advanced and progressive group than the last.

However, it is becoming clear that there is a significant difference between those of us that fall within the Baby Boomer through Millennial group and the next generation of young adults – the dreaded Generation Z.

To be fair to them, ragging on the youngest generation of society is as old as Plato and a rite of passage. Still, there is something not quite right with these whippersnappers.

From a drastic decrease in patriotism to a sharp increase in mental health disorders, the youngest adults in our society are one sad lot. It doesn’t bode well for those that will follow them and the country at large. I would be so bold to argue that the state of Gen Z might very well be the most significant existential threat to our nation.

% of americans who say they are proud to live in the united states, by generation

RELATED: Virginia’s New AG Takes on Woke School for ‘Discrimination Based on Race’

No Pride, No Trust

A study conducted by Morning Consult published some alarming statistics regarding patriotism in America. Of all Americans across the generations, only 52% are proud to live in the United States.

That’s bad enough, but it gets worse the younger you go.

The breakout by generations proud to live in the U.S. of A. are as follows:

That gap between Baby Boomers and Gen Z is massive. The study also found that Gen Z adults significantly trust the government less than Baby Boomers with the below breakout:

Might seem confusing, right? But you can bet your bottom dollar that “trust in the government” doesn’t mean the same thing for Gen Z as it does for you. For them, that’s more likely to mean the government doesn’t give out enough free goodies and needs even more power.

So what does all this mean for the nation? A tuned-out and uninspired workforce.

Gen Z are a bunch of lazy crybabies.

But here’s the good news.

You are guaranteed massive success.

The competition has never been so weak.

Last year, the United States military, across the board, fell far short of recruitment goals causing many to start questioning the concept of the all-volunteer force. For example, the Army fell short of its recruitment goals by 25%.

Plenty within the Department of Defense argued that the reasons for the low recruitment rates ranged from the job market to the COVID pandemic, the latter of which has become the convenient fall guy for all government deficiencies. Still, plenty of us on the right have an inkling that perhaps part of the problem concerns the increasing woke ideological embrace in the military.

Either way you slice it, with only 16% of the generation that is the target audience for military recruitment proud to live in the United States, it’s not surprising that recruitment is so low.

Why would you be motivated to dedicate anywhere from 4 to 20 years of your life to protect and defend a country you have no pride or trust in?

Gen Z and Young Millennials accuse all military recruitment of predatory behavior rather than a viable career option for students who cannot afford or do not academically qualify for college. https://t.co/ewjB9vAzFj

In 2020 Morning Consult conducted another study that focused solely on Gen Z’s view of world events. They found that, unsurprisingly and unfortunately for Generation Z, the pandemic and Black Lives Matter movement are the most impactful events in their lives.

It got me thinking about what two events I would consider the most impactful in my lifetime: the 9/11 attacks and the increase in racial ideology in American institutions. The 2020 study found that 82% of Generation Z adults believe racism is a significant problem in our country.

Perhaps the most interesting was that 74% believe their generation is less racist than us older generations, which is mind-boggling as the younger generation seems more obsessed with race than my generation ever was. Overall the study found that 81% of adult Gen Z Americans believe the country is headed in the wrong direction.

I suppose that’s one thing we can all agree on across the generations; we have differences in the right direction. So how does Gen Z have a distinctly warped view of reality than the rest of us?

This is scary to see the way Gen Z and Millennials feel about the role of government and the lack of support for this great President.

I truly worry that the next generations may hate America! pic.twitter.com/nLJvxiSznj

Social psychologist Jonathan Haidt wrote an interesting op-ed in the Wall Street Journal on what seems to be plaguing this generation of young adults.

He explains that there has:

“…never been a generation this depressed, anxious and fragile.”

In 2020, about 25% of female teenagers were estimated to suffer from “major depression,” with male teenagers clocking in at 9%. Those numbers are crazy high; how did these young kids, with their whole lives ahead of them and with unprecedented prosperity become so sad?

It’s important to understand recent history to chart how this overwhelming wet blanket of sadness was draped over Gen Z. This was the generation that grew up right from the start with social media like Instagram, coupled with the generation that perhaps felt the most significant impact of COVID shutdowns.

As Mr. Haidt explains that social media deprived this generation of:

And what has this led to? A worshiping of victimhood.

Highly recommended for all seeking to understand why so many people aren’t making sense these days: The Coddling of the American Mind by Greg Lukianoff & Jonathan Haidt pic.twitter.com/SEKRNHc1ZX

The increase of social media and the lack of living out in the real world has caused what Mr. Haidt terms the “valorizing of victimhood.” There is this competition with the younger generation to be more wounded and broken than any other group or person, which leads to demands for accommodations.

We don’t need Victimhood Mentality.
We need the Victory Mentality. Since being invited to the White House we’ve come a long way to help lead Gen Z into a New tomorrow.

Mr. Haidt points this out in the world of higher learning, starting that when this generation showed up on campus, their reaction was bizarre, to say the least:

“Here they are in the safest, most welcoming, most inclusive, most antiracist places on the planet, but many of them are acting like they were entering some sort of dystopian, threatening, immoral world.”

These difficult college kids grew into nightmares for managers in the real world who find supervising and providing feedback to this perpetually wounded and offended group of employees impossible. This is more than just the usual frustration of the older generations disappointed in the radical new ideas of the younger generation.

If we don’t find a way to bring these Debbie Downers into reality and away from the allure of their screens and addiction to sadness, this country will be led and managed by Americans who, at best, are apathetic to and, at worst, hate it.