Politics Are Dominating Every Aspect of Our Lives, Making Us All Insufferable Bores 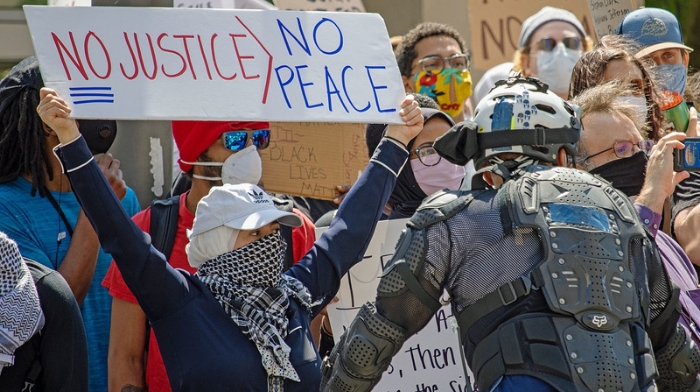 The holidays this year have me feeling a certain way about family. Political divisions have torn my family apart, and traditions from when my grandparents were alive may be lost, to only live within my memories.

For some of my recent articles on Thanksgiving, I had to read through a poll conducted by the New York Times and Sienna College that spotlighted the tendency for Americans to judge one another’s character based on their political affiliation.

But, unfortunately, the poll also dove into the sad reality that many of us have allowed politics to excuse cutting family members from our lives completely.

Politics is always on the table during Thanksgiving dinner; and it can get contentious in today’s political climate. Can Democrats and Republicans still enjoy Thanksgiving together? Newsmax’s Mike Carter [@MikeCarterTV
] reports from New York City.

Over the last week, my husband and I have been ruminating on our relationships with friends and family. We have realized that politics and social issues seem to dominate the lives of those who have distanced themselves from us.

So it would appear as a society, we’ve all become obsessed.

You Will Be Made To Care

Social and political issues have taken over every aspect of life, it seems. In fact, as I sit here next to my son typing this article, he’s watching a “Transformers” cartoon with a character who corrected Optimus Prime on their preferred pronouns.

heck yes. Optimus Prime quickly apologiezes and proceeds to use the correct pronouns without making a big deal about it. Optimus Prime confirmed not transphobic pic.twitter.com/Z6NVkQuSt4

Besides the fact that this character isn’t even a human, but a machine known as an Autobot, the cartoon, which is geared at kids my son’s age, feels the need to dive into gender identity issues. What happened to cartoons focusing on teamwork, color wheel recognition, and humor?

Unfortunately, you just aren’t allowed to not care about an issue or want to enjoy something without it having ties to some social justice issue or ideology. This “Transformers” cartoon which I have since changed the channel from and won’t be returning to, reminds me of my first article with The Political Insider.

I had decided I was fed up with the seepage of woke concepts into the shows and movies my kids were watching on Disney+ and was over it. Yes, I am that mom who canceled her Disney+ subscription and haven’t looked back since.

RELATED: Why This House Of Disney Fans Canceled Disney+ And Said Goodbye To Mickey

Are You Not Entertained?

My husband and I often watch older TV shows or movies over some of the newer stuff on the streaming channels. We yearn to rewatch shows like “Battlestar Gallactica” (the Edward James Olmos version, the older one is weird), “Lost,” and “Heroes.”

We rewatch movies like the Blade series, Die Hard films, and Chuck Norris flicks like Invasion USA and Delta Force. We have been going back to these reruns and older movies because they provided what entertainment’s original and primary purpose was: an escape.

RELATED: The Best Of The Best: Chuck Norris’ Top 10 Greatest Films In One Roundhouse Kick List

Instead of oozing social justice platitudes and not-so-passive political innuendos, these plots allowed for easy entertainment, engaging new ideas, and perhaps the best thing… conversation. For example, my husband and I debate over which superpower from “Heroes” we want to have and why.

We laugh at the corniness of Wesley Snipes and Chuck Norris while arguing the merits of Die Hard as a Christmas movie (the correct answer is, of course, it’s a Christmas movie). But TV shows and movies now provide no escape from politics and social justice issues.

You can’t even watch the World Cup without gender and sexual ideology getting shoved down your throat as you yell, “GOAL!”

My six-year-old daughter has a lot of passion, and that means a lot of feelings. So we are currently working on teaching the valuable life lesson of practicing self-control.

This is a skill set that many of us running around on social media lack. Nobody seems to know how to regulate their emotional responses and manage their reactions to adversity or when faced with an individual who disagrees with them.

Debates or conversations that touch on politics quickly and often devolve into interrupting one another, speaking over one another, and eventually yelling at each other. We have lost the art of agreeing to disagree.

There’s a line in one of my favorite books, 1984, that touches on this:

“What can you do, against the lunatic who is more intelligent than yourself; who gives your arguments a fair hearing and simply persists in this lunacy?”

Sometimes all you can and should do is smile, shrug, and accept that they disagree with you and probably always will.

Left: if a grown woman feels pressured to have sex by a fellow college student, it’s assault

Also left: it’s fine that Hillary still doesn’t acknowledge that a President hitting on his intern is an abuse of power

Addicted To Rage And Guilt

My husband likes to kid that I have a limited emotional range, much like my father. He argues I only have the capacity to be happy, hungry, mad, and tired.

Of course, this isn’t true, but it seems that collectively as a society, we tend to prefer to live in the emotional spaces of rage and guilt. We are either filled with rage over some injustice or infringement of our rights.

Or we revel in our guilt for being born and existing in a selfish attempt to elevate our status above others. There are many other emotions out there that we need to remember how to express.

I mean, you can be surprised, confused (I often live in this space), frustrated, hell, you can even choose to be satisfied or, dare I say, happy.

As said in The Fountainhead:

“…I’ve learned how to bear anything except happiness. I must learn how to carry it.”

Am I the only one who thinks it’s strange to look at the close friendship between the late Justices Ruth Bader Ginsburg and Antonin Scalia as if it’s some unicorn or once-in-a-lifetime occurrence? When did it become strange to form relationships with people who are different from you or hold some differing beliefs?

One of my greatest regrets in life is that Ruth Bader Ginsburg was white.

Somewhere along the lines, we decided that the makeup of a person is boiled down to two things: your physical traits and your political affiliation. But that couldn’t be further from the truth.

I am more than just a white heterosexual female Republican. I am a veteran, mother, an avid fan of punk rock; I love poetry and history with a focus on American history and royal history (think Plantagenets), and I also have a love of chocolate ice cream that knows no boundaries and that is still just scratching the surface.

However, I may be giving all of us too much credit. Maybe most of us are only the sum of our traits and politics.

One merely has to reference the celebration of the deaths of the great Justice Ginsburg and Queen Elizabeth II to dive into how politics have replaced our humanity.

Is it too late for us? Are we destined to become the most boring generation to have ever walked the planet?

I hope not. Finding comfort in emotions not tied to eternal discomfort would be a step in the right direction.

We also need to stop revering our elected officials and celebrities as gods and demons walking amongst us mere mortals. They are just people that we decide to over-glorify or over-demonize.

“I think the King is but a man, as I am. The violet smells to him as it doth to me.”

These icons we have built-in politics and entertainment are just as flawed as we are, and they are just mere mortals. They don’t deserve nearly the amount of attention we spend on them.

If we don’t start doing the above, we will continue to be absolutely boring.