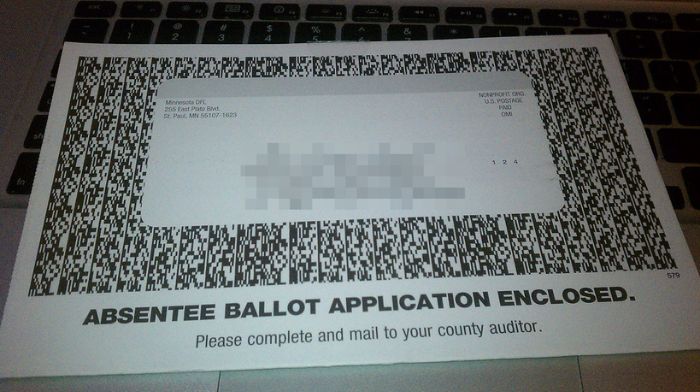 On Thursday, it was announced that Kimberly Zapata, deputy director of the Milwaukee County Election Commission, had requested fraudulent military ballots and mailed them to a Wisconsin State Representative.

Milwaukee Mayor Cavalier Johnson stated that he terminated Zapata immediately upon hearing the allegations. He also said in an impromptu press briefing:

“The city of Milwaukee has removed the deputy director of our elections commission. I was stunned, absolutely stunned to hear the very serious allegations against her. I was told just yesterday that she apparently sought fictitious military ballots from a state elections website, and had those ballots directed to a State Representative.

Kimberly Zapata Milwaukee election official was fired by Mayor Cavalier Johnson after finding she had faudulently requested absentee ballots reserved for the military.

Johnson
This has every appearance of being an egregious violation of trust. Election integrity is essential.WSJ

Loophole In The Law

This is not the first time that this same tactic has been used to prove a potential flaw in Wisconsin voting law.

In September, in Racine, Harry Wait was charged with election fraud, after he applied for and received absentee ballots that were actually in the name of two Wisconsin lawmakers.

The technicality in question in state voting law is that military personnel are not required to register to vote. Therefore, there is no photo ID required in order to request an absentee ballot.

Things the left hopes you don’t see. That way it didn’t happen.

The deputy director of the Milwaukee Election Commission fired Thursday for fraudulently requesting absentee military ballots, sending them to the home of a state rep. https://t.co/YyAK8qQf3w via @nypost

After the 2020 presidential election, and the questions that continue to surround it, many states have revisited their election laws. In Florida, Gov. Ron DeSantis, not one for tip-toeing around an issue, took things a step further.

In April, DeSantis formed a special police force to address claims of voter fraud and other election violations. In August, DeSantis announced the arrests of 20 people in connection with voter fraud crimes.

At the time of the arrests, DeSantis stated, “Our new election crimes office has sprung into action to hold individuals accountable for voter fraud. Today’s actions send a clear signal to those who are thinking about ballot harvesting or fraudulently voting. If you commit an elections crime, you will be prosecuted to the fullest extent of the law.”

In Wisconsin, Kimberly Zapata is just the latest to be caught engaging in some type of voter fraud. In 2022 alone, three other people have been convicted of ineligible voting and false voter registrations.

Since 2020, Democrats have taken to calling claims of election fraud related to that election “the big lie,” and label those who question that election as “election deniers.”

Everyone should want to solve the election integrity problem. Same day, in person voting and bring your damn ID. I know you have one.

There, I fixed it.