Biden Official Tells Heatless Americans Not to Worry, They Sent Supplies to Europe 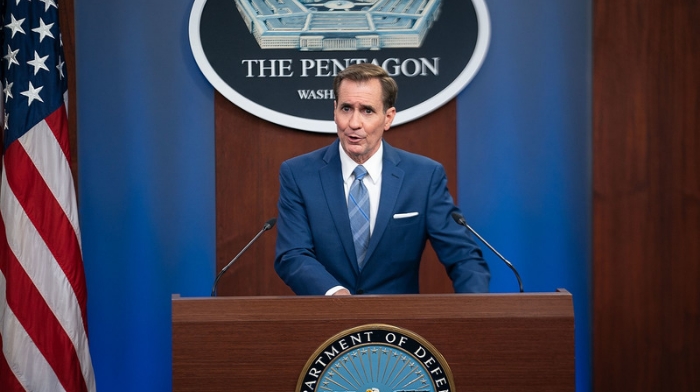 The weather is starting to turn, the wind is brisker, and you can sense the coming winter around the corner. I grew up in Minnesota, where winter knows how to party, so I am lucky to live in Virginia, where comparatively the winters are tame and don’t last nine months like they do in the land of 10,000 lakes.

However, plenty who live further northeast than I will face much colder temperatures and might also find themselves unable to heat their homes thanks to what seems to be a theme in this administration; shortages. This time the shortage isn’t baby formula or grain, but diesel and heating oil.

But it’s not just northeast homes that will feel the chilled kiss of poor government priorities this winter; literally everyone will be affected by a diesel shortage.

When asked what the plan is to keep Americans from feeling the frost this winter, the White House tried to soothe our fears by telling us all they are doing… for Europeans and Ukraine.

Reporter asked John Kirby about the Diesel Fuel Crisis, he didn’t have an answer. But he said they were making efforts to help Ukraine instead. pic.twitter.com/HXOYISG5YV

I’m Gonna Have To Get Back To You

Biden administration spokesman John Kirby had to tap dance around a reporter when asked about his boss’ plans to mitigate the diesel fuel crisis. Fox News’ Jacqui Heinrich asked:

“What are we doing to increase the supply of diesel given that the Energy Information Administration said as of October 14th, the U.S. only had about a 25-day supply?”

She went on to point out the severity for Americans:

“You have the northeast and New York already rationing home heating oil. What are we doing to prepare for the winter and to ramp up supply of diesel?”

Mr. Kirby acknowledged that he didn’t have an answer on the diesel, which blows my mind; every spokesperson for the White House should’ve been prepared for a question on diesel.

The worst part, however, was his attempt to assuage America’s concerns.

While Americans worry about how to stay warm in the winter, Kirby told the press that cold Americans can be comforted that the Biden administration is focused on foreigners instead:

“But – but writ large, the President has been working very, very hard to make sure that we’re – that not only are we ready for fluctuations that could come – and, of course, the prices are going down, and we think that’s important – but that we are also doing what we can to help our European friends and partners who are also going to be facing a long, cold winter.”

It’s reported that we have been exporting over a million barrels daily since cutting off Russian diesel fuel imports. European homes tend to use diesel for heat more than American homes, so helping them wean off of Russia would require us to export our diesel to them so that 2022 doesn’t look more like 1942.

However, the message from Mr. Kirby doesn’t match the message from the Energy Secretary. Secretary Jennifer Granholm, who recently urged the industry to cut back on exports, given the need in the United States.

Well, now, wait a minute. Are we increasing our support to Europe, or are we dialing back because we are at our lowest levels of diesel reserves since 1951?

The Energy Secretary’s request prompted the CEO of ExxonMobil to write to the White House, stating:

You can’t blame the industry for needing clarification regarding what this administration wants them to do. On the one hand, you have Kirby stating we have “doubled our commitment,” but Granholm is stating the opposite.

RELATED: Poll: Only 29% of Republicans Believe It’s Our Obligation to Defend Ukraine

New York Magazine reported that the last time our diesel supply was this low, there were 3.5 billion fewer people on the planet. So why does that number matter?

Because diesel could easily be compared to the blood in our bodies, diesel is what makes everything else work in this world.

Diesel shortages are definitely something you don’t want to see, especially since almost all trucks run on diesel fuel. A major shortage of that and the supply chain comes to a screeching halt.
We should be building more refineries and pushing for more oil development

Diesel directly affects the manufacturing industry, transportation, heating, agriculture, and other aspects of life that affect everyone on this planet. Our trucks, trains, barges, farm equipment, and backup generators run on diesel fuel.

So for Mr. Kirby or anyone from the Biden administration to act so cavalierly about a crisis that could bring this planet, let alone this country, to its knees is either a sign of complete ignorance or proof that the priorities of those in charge are not the people they are charged to serve.

With a diesel crisis looming, there is a high probability that the price of diesel will skyrocket.

“Higher diesel prices have the potential to create even stronger inflationary pressures especially if the current price spike is sustained, adding significant downside risk to demand and increasing the chances of a global recession.”

A diesel shortage can quickly turn into a food shortage, which could lead to a famine. Add to that a possible railroad union strike later this month that would cost the United States $2 billion daily. Things are looking pretty terrible.

The diesel premium is the highest since at least 2005… the diesel shortage is getting worse… it impacts trucking, farming, mining etc… 🔥 pic.twitter.com/qyVLZ3cmlm

Is it only a matter of time before we start getting issued our ration cards? The argument is often made that there isn’t much Biden can do to mitigate this crisis.

I have an idea; he should think about some diplomacy in Ukraine and Russia. But then again, it should be enough for us to know that we are continuing to help our European friends and partners with their diesel shortages.

We could always wear another sweater and continue to suck it up. That’s why we work so hard, right?