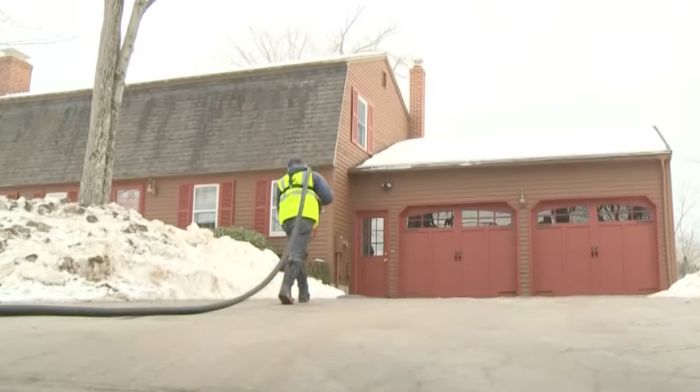 As colder weather approaches the U.S., many Americans are being faced with a new worry: how to pay to heat their homes this winter.

Depending on where you live, the situation is either bad or grim.

In the Northeast, where many heat their homes with heating oil, times will be bleak. Those who use natural gas will be better off, but perhaps not much.

Worse, the country’s various energy assistance programs may not be enough to help some people.

The National Energy Assistance Directors Association (NEADA) estimates that costs will be the highest in ten years. The Department of Energy does not paint any happier of a picture. It estimates heating bill will increase 28% for those whose homes use natural gas for heat. Electricity is expected to climb ten percent.

Not too many, most Americans hate what you democrats have done to our country.
Do you really think people like paying $6-7 for gas, outrageous grocery bills?? Heating costs are soaring.

You democrats have done this to us, and America is sick of it.

If you live in New England, and heat your home with heating oil, brace yourselves. The Department of Energy says the cost of home heating oil will go up by 27%. And the estimated cost of heating a home in New England for the entire winter is around $2,300. Even propane is expected to rise by five percent, for you Midwestern country dwellers out there.

While the Biden administration likes to blame Russian President Vladimir Putin for all of its woes, the Russians appear to be using a variation on that theme. In September, Russia completely halted natural gas imports to many parts of Europe.

They claim that the economic sanctions put on them by European nations like the U.K. and Germany over the invasion of Ukraine are to blame. Kremlin spokesman Dmitry Peskov stated, “Problems in pumping arose because of the sanctions imposed against our country and against a number of companies by Western states, including Germany and the UK. There are no other reasons that would lead to problems with pumping.”

Europe’s energy crisis is tragic, but it was also avoidable.

If we don’t reverse Biden’s policies soon, we’ll have the same vulnerability here.

With inflation at 8.2%, Congress has added $1 billion in heating assistance aid. Which is a pittance compared to what cold Americans have sent overseas.

With many Americans on the verge of having to decide whether to heat their homes or buy food, the Biden administration yet again, recently agreed to send another $725 million aid package to Ukraine.

Ukrainian President Volodymyr Zelensky recently even trotted out a laundry list of his “critical economic needs.”

Mark Wolfe is the executive director of NEADA. He put the situation very bluntly. “The crisis is coming. There’s a lot of uncertainty and factors in play that could drive these prices higher.”