Harry Styles doubles over after being hit in groin with bottle on stage: ‘That’s unfortunate’ 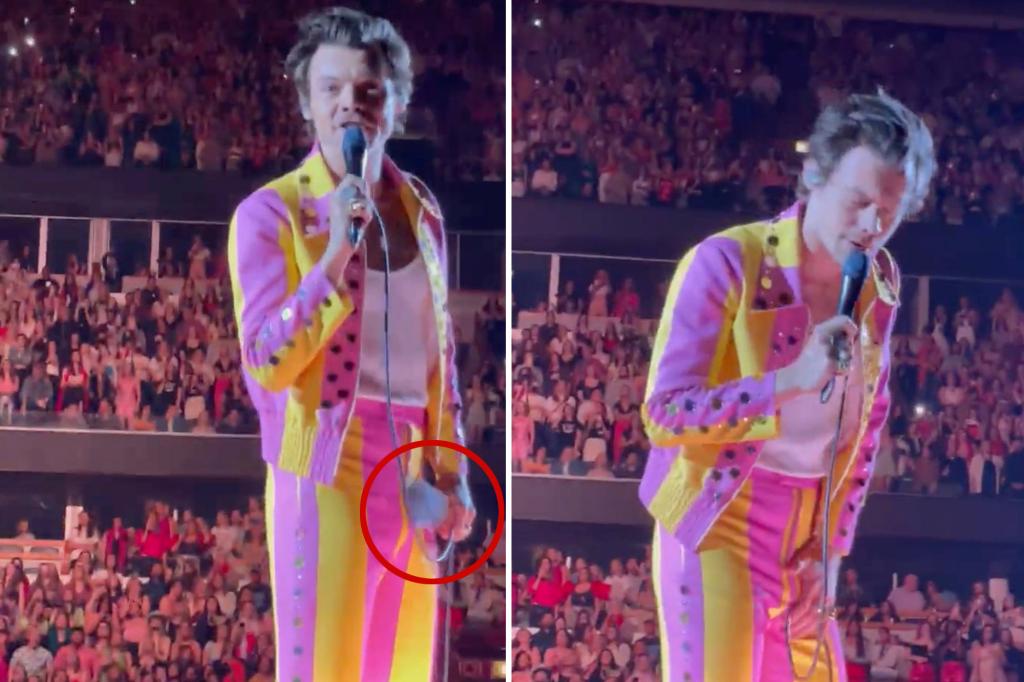 Harry Styles took a bottle to the groin at his recent Chicago concert but shook it off like a Taylor Swift song.

While performing at the United Center, the “As It Was” singer was speaking to his fans, as he routinely does throughout his concert, and talking about the weather in the Windy City when he was hit by a bottle in a very sensitive area.

Tweets of the incident went viral, as it has unfortunately become more commonplace for artists to be targeted on stage at their shows – whether it be out of adoration or terror.

Back in August, fans at Harry Styles’ “Love On Tour” stop in New York City turned the former boy-bander into a chicken nugget target, tossing food at him on stage.

Styles, 28, remained on stage before moving his legs and telling the crowd, “Ok, shake it off.”

The heartthrob jumped up and down, seemingly trying to rid any pain away.

Styles previously had to reschedule one of his Chicago shows after his crew collectively came down with an illness.

The musician and actor, and boyfriend to Olivia Wilde, now has nearly a week’s hiatus before beginning his fifteen-date tour in Inglewood, California, before heading to South America and Europe.