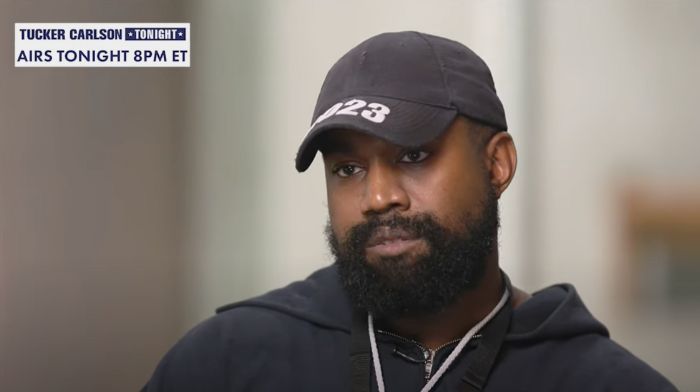 Kanye West is certainly no stranger to controversy and stirring the pot, and he did exactly that. He didn’t mention a whole lot of names, but he did give some insight into how the collective liberal mindset in Hollywood operates.

He claims he was threatened for his friendship and support of President Donald Trump, something our readers probably won’t find too hard to believe.

Saying What He Thinks

Kanye West spoke like a man whose eyes are wide open to what the circles of people he runs with really think when the “mud” hits the fan.

As a Trump supporter, and as a black Trump supporter, West has had just a taste of that. To his credit, it has not deterred him from saying what he thinks. In fact, it seems to have spurred him on.

Here’s what he had to say about his friend Trump:

Kanye: “They weren’t serving my boy Trump the way we could have. Because Trump wanted nothing but the best for this country … the realest people are going to make you feel uncomfortable at first.” pic.twitter.com/e40TsOp28N

Carlson asked him why he wore the shirt. The answer was simple. West stated, “The answer to why I wrote ‘White Lives Matter’ on a shirt is because they do.”

What They Really Think In Tinseltown

But one of the most chilling things about the interview was what people he thought was close to said to him about his support for Trump and wearing a MAGA hat.

“My so-called friends, slash handlers around me told me, like, if I said that I like Trump, that my career will be over, that my life would be over. They put my life… They basically said that I would be killed for wearing the hat. I had someone call me last night and said, ‘Anybody wearing a White Lives Matter shirt is going to be green-lit,’ and that means that they’re going to beat them up if they wear it. I’m like, you know, green light me then.”

Green lighting, for those who don’t know, essentially means that person is an open target for murder.

West’s views have already cost him in terms of friendships in Hollywood.

Jason Lee is the host of Hollywood Unlocked, but he also headed up media and partnerships for West.

He recently stepped down from that position, and offered up an opinion of West that you can find on nearly any MSNBC program:

“I love Ye as a person, and I support free speech. But this is gaslighting black people and empowering white supremacy. Not sure if he has any friends left to tell him but this is utterly disappointing.”

What Happens When The Left Thinks You Have Been Disobedient

Kanye West’s interview with Tucker Carlson of course sent the left into otherworldly-type seizures. If you are someone who happens to be black, and then have the nerve to think for yourself, the left automatically uses plantation references.

That is really all you need to know, but it gets better.

Kanye West made his way to the big house at Fox News to do an interview with massa Tucker Carlson so he could tell all the field kneegrows why white lives matter.

At least Larry Elder will no longer have to be the sole “black face of white supremacy.”

This is who Kanye is

Not sure if this was the aforementioned otherworldly seizure, or prayer.

The left’s other assumption about black people who dare have opposing viewpoints:

All Kanye had to do is just hate his own race to be on the tucker Carlson show. Of course

Others attacked his well-known battle with bipolar disorder:

Kanye West is neither the first nor last very talented person to be struggling with severe mental illness.

He is, however, to my knowledge, rare in having an unusually large platform with media salivating to amplify his irrational and, occasionally, dangerous ideas.

Keep going Kanye. When they have nothing else but to call you a racist, that means you’re winning.