Colorado Baker Back In Court, This Time To Fight Ruling Over Gender Transition Cake 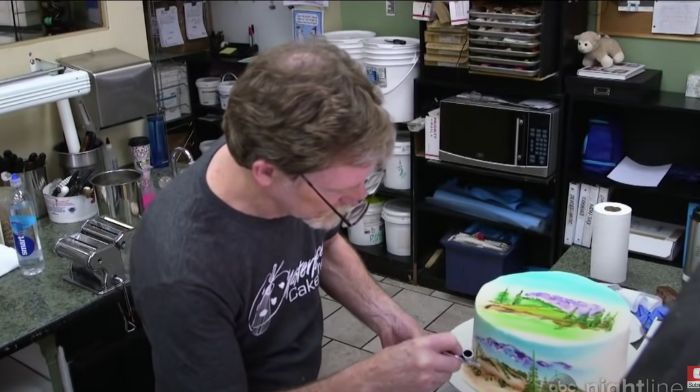 It might just be time for Colorado baker Jack Phillips to file some lawsuits of his own, over harassment.

The name Jack Phillips may sound familiar. He is the Colorado baker who, back in 2012, refused to bake a cake for a gay wedding based on his Christian beliefs.

That case went all the way to the Supreme Court where Phillips won a partial victory.

Now, he has a new fight, challenging a ruling which says he violated Colorado’s anti-discrimination law because he would not bake a cake to celebrate a “gender transition.”

It’s a detail in these cases that I don’t get why it’s not brought up more often. It’s not the customer, it’s the requested product. If a straight customer asked for a cake that honored same-sex unions presumably Jack Phillips would refuse as well.

Winding Through The Court System

Autumn Scardina called Phillip’s bakery and asked for a birthday cake to celebrate her gender transition. When the case went to trial last year, Phillips testified that he did not believe that someone could change genders, and would not celebrate “somebody who thinks that they can.”

Phillips’ attorney Jack Warner argued in court that demanding Phillips to bake a cake with a message that went against his Christian beliefs was in effect forcing him to say something he did not believe. A clear-cut violation of his First Amendment rights, Warner says.

John McHugh, attorney for Autumn Scardina, argues that Scardina was not demanding that Phillips endorse her gender transition, but merely sell her a cake. McHugh continued, arguing that Phillips selling a cake to a customer can’t depend on what the customer tells him about the event the cake is for.

“This customer came to us intentionally to get us to create a cake or deny creating a cake that went against our religious beliefs,” said Jack Phillips of Masterpiece Cakeshop

Trying To Make A Point

Several of Scardina’s actions are a bit questionable, and might be argued that it was nothing more than to try to make a point. Scardina made the initial call to Masterpiece Cake Shop in 2017 on the anniversary of the Supreme Court announcing they would hear Phillips’ appeal in the wedding cake case. She said that she “wanted to find out if he really meant it.”

During the trial, Scardina’s attorney asked if her phone call to the cake shop was some sort of “set up.” She claimed it was not and described it this way: “It was more of calling someone’s bluff.”

Autumn Scardina is also an attorney, and is described by NBC News as an “activist.” That may explain why she simply cannot leave Jack Phillips alone, and has filed several complaints against him all stemming from his refusal to create a gender transition cake for her.

They want to make an example out of him. Keep up the fight Jack Phillips! https://t.co/b5uQntqygw

While it was intended to protect the religious freedom of Hoosiers, opponents argued that it would allow discrimination against the LGBTQ community. Local media went looking for reaction to the law and found it at Memories Pizza.

Co-owner Crystal O’Connor stated to the local ABC affiliate that “If a gay couple came in and wanted us to provide pizzas for their wedding, we would have to say no.” At the time, Memories Pizza had not denied anyone service, but they received threatening phone calls just the same.

In 2017, another Christian-owned business in Kentucky, T-shirt printing business Hand On Originals, was sued when they refused to print T-shirts for a gay pride event. Hand On Originals won their case on appeal.

As the woke mob gets more brazen, Jack Phillips may have company from other Christian business owners.

I support JackPhillips at #MountainCakeShop!! What ever happened to the being able to choose who you want to serve. They are targeting this man AGAIN just to sue & line their pockets 🤬🤬 Go somewhere else for your ridiculous trans cake. Leave this man alone.