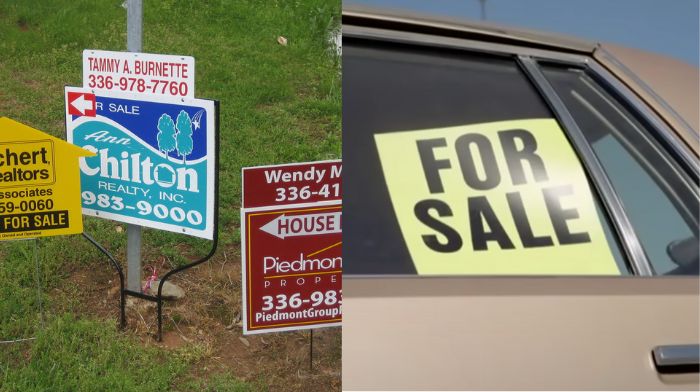 While Americans struggle with buying groceries and filling up their gas tanks in Joe Biden’s economy, the cost of other big ticket necessity items like homes and automobiles are also on the rise and increasingly out of reach for average Americans.

The Associated Press reported on Thursday that average long-term mortgage rates rose again this week, marking the sixth straight week for such an increase.

The “American Dream” will cost you extra in 2022. The average homebuyer has lost $107,000 in buying power this year due to rising mortgage rates.

Mortgage giant Freddie Mac (you may remember them from the Great Recession) reported that rates on a 30-year mortgage climbed from 6.29% just last week, to 6.70%.

Rates haven’t been this high since the eve of the Wall Street collapse in 2007.

Another thing for potential home buyers to consider: last week’s interest rate hike from Federal Reserve. It is the fifth hike this year, and the third consecutive of 0.75%.

The prediction from Fed officials is that overall, the Fed’s rate will rise to 4.4% by the end of the year – meaning everything downwind will go up as well.

While historically rates have been much, much higher, (See: the 1980’s), near-zero rates for much of the last two decades have lulled many into a false sense of security.

You left out the part where the American “Rescue” Plan caused record inflation, a recession, and sky high mortgage rates that are still climbing.

If you are in the market for a used car, you might not fare any better than home buyers. Higher prices and the same interest rate woes are plaguing car shoppers as well.

Anyone who has looked for a used car in the last two years has undoubtedly seen the incredible rise in prices, which are up 48% since 2019.

CarMax reports that the average price of a used vehicle was $28,657 the last three months. Average! Consider, the median income in the United States is $37,500 – making a vehicle nearly an entire year’s salary.

Earlier this month, as Democrats did a happy dance over the passage of the Inflation Reduction Act, the latest numbers were coming in.

It was bad enough that the same day, the Consumer Price Index (CPI) showed 8.3% inflation.

But that wasn’t even the whole story.

Inflation was even worse than reported.

So far there are no indications that any of the foregoing will improve in the near future.

Middle class is getting squeezed. It’s becoming virtually impossible to afford current median home and car prices on a median salary. Dangerous trend that’s becoming a nightmare for far too many. It has to be addressed as soon as possible.