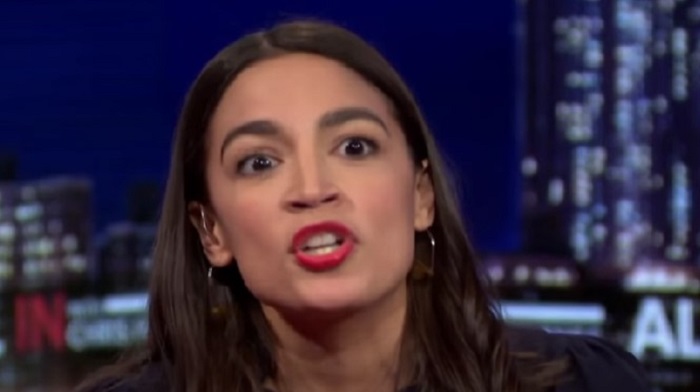 Alexandria Ocasio-Cortez (AOC) claimed she is torn between sending a message to little girls that anything is possible by running for President and the reality that she’d probably fail because Americans “hate women” and “hate women of color.” Tucker Carlson and others in turn had a field day mocking AOC for her comments.

The New York socialist’s comments came as part of a sprawling interview with GQ magazine published earlier this week.

“Sometimes little girls will say, ‘Oh, I want you to be president,’ or things like that,” she claimed when asked by journalist Wesley Lowery as to the potential of her ever becoming leader of the nation.

Lowery describes her as getting teary-eyed during the conversation before explaining the dueling feelings she gets when contemplating a presidential run.

“I hold two contradictory things [in mind] at the same time. One is just the relentless belief that anything is possible,” she said.

“But at the same time, my experience here has given me a front-row seat to how deeply and unconsciously, as well as consciously, so many people in this country hate women,” she added. “And they hate women of color.”

“Really? Who hates women? I’ve never met anyone who hates women. Most men actually really like women — as far as I know,” he said.

“Obviously, I think she’s ludicrous — we mock her mercilessly. It’s well deserved. She’s an utter fraud,” Carlson added. “She’s not a populist or a voice of the oppressed.”

Carlson also referenced another portion of the GQ interview where AOC seemed to suggest Republicans are trying to “kill” her.

“Imagine working a job and your bosses don’t like you and folks on your team are suspicious of you,” Ocasio-Cortez fantasized. “And then the competing company is trying to kill you.”

Carlson could hardly contain himself.

“‘They’re trying to kill me! They hate me! They just don’t like women,’” he giggled with absolute delight.

GQ published a fantastic expose on AOC’s narcissism, and they don’t even know it. https://t.co/7Z0KVWxYmb

RELATED: AOC Tears Up Having To Relive January 6 Footage: ‘I Am So Angry’

Others Join in the Mockery

Tucker Carlson wasn’t the only one to tear into AOC for the GQ interview suggesting Americans “hate women” too much to elect her President.

‘Fox Across America’ host Jimmy Failla said the congresswoman “only knows how to be a victim” and got to where she is by taking “on the establishment by cooking mac and cheese on Instagram.”

“That’s who she is. A low IQ TikToker with an office in the Capitol,” Failla said.

“I just think it reeks of her naivete,” Compagno opined. “I don’t want to be lectured by a 32-year-old on what she thinks will and won’t happen.”

Watch the latest video at foxnews.com

AOC also noted that if she ever became President there’d be other impediments that would prevent her from being successful – like a system of checks and balances.

In a GQ cover story, AOC theorizes about being president but is worried about the checks and balances of… the other branches of government. pic.twitter.com/WzR8JfLyrY

Oh, and she’s still obsessed with the idea that people are trying to kill her.

“People ask me questions about the future. And realistically, I can’t even tell you if I’m going to be alive in September,” she said. “And that weighs very heavily on me.”

Last May, Ocasio-Cortez revealed that she was in therapy to learn to cope with the “extraordinarily traumatizing” Capitol protest.

She also accused Senator Ted Cruz (R-TX) of trying to have her “killed” and suggested anyone downplaying her trauma was comparable to sexual abusers.