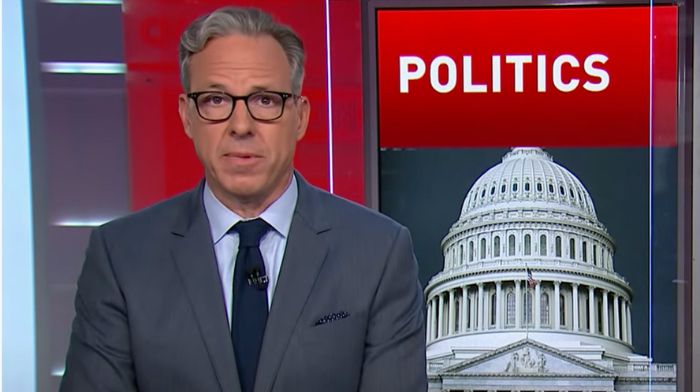 It is probably a mistake CNN’s Jake Tapper will not make again anytime soon. On Tuesday, Tapper tweeted out a Washington Examiner column by reporter Selena Zito.

In it, Zito outlined the fact that Democrat Pennsylvania Senate candidate John Fetterman may a bit more prolific in the meme and tweet area than his opponent, Dr. Mehmet Oz.

But Oz is doing all the things that Fetterman should be doing as well, like actually going out to campaign. Zito followed Oz’s campaign to various county fairs in Pennsylvania to do what candidates who run for office traditionally do, listen to the voters.

Zito’s point: while cool tweets and memes may attract a following of people who agree with you but not necessarily make it out to vote, actual campaigning is more likely to attract voters.

Tapper had the audacity to point that out as well and captioned his tweet, “Zito: Oz cannot out-meme Fetterman, but he can out-work and defeat him.”

For this crime, Tapper got ruthlessly attacked by Democrats.

Zito: Oz cannot out-meme Fetterman, but he can out-work and defeat him https://t.co/vMpH1EGFgr

RELATED: Here’s Why College Prices Have Spiraled Out Of Control, And Bailouts Won’t Help

We all know that feeling when we find out one of our heroes is not what we thought he was. That is what happened to Democrats at the sight of Tapper’s tweet. Their melt down, and desperate need of a safe space, were comedy gold.

I’m old enough to remember when people called you a respected journalist. Did you run out of Jared book reviews to retweet, Jake?

What a total disgrace.

Did people use the term “respected” when talking about Jake Tapper? Hmmm. Someone else warned that, well, Tapper could sink even lower than the Washington Examiner.

This is awful.
The Washington Examiner? What’s next, Jake? The Epoch Times?

Then there was the guy who used “values and morals,” and CNN in the same sentence.

You’re tripping all over yourself and undermining your own profession for this new guy. Is CNN really worth it for you to sacrifice all your values and morals?

Many of Jake Tapper’s fans mentioned the recent shake up at CNN by new CEO Chris Licht. The most recent on the chopping block was Tapper’s colleague Brian Stelter and the cancellation of his show, “Reliable Sources.”

Licht has been fairly vocal about wanting to restore the network’s reputation. But for those who feel as though Tapper has betrayed them, they might not hang around to see what happens next at CNN.

One fan said she was not only done with Tapper, but just couldn’t with CNN anymore. It’s just too much to bear.

Wow! You’ve really gone to the dark side, huh Jake? I’d like to blame Chris Licht for your decline, but I thinks it’s just the real you. pic.twitter.com/ZdkFxJfM8q

Another disappointed Tapper fan, who has “lost all respect” for the “journalists” at CNN.

Wow, I’m really glad I unfollowed you a couple days ago. What a disappointment. I had to quit watching CNN completely. I’ve lost all respect for everyone on that channel.

So Disappointed That Jake Has Gone To ‘The Dark Side’

Jake Tapper has really disappointed his legions of fans. Their image of “honest journalism” was blown to smithereens. They were not afraid to let him know about it too. One referenced his fallen colleague, Chris Cuomo.

Why are you retweeting a Washington Examiner opinion piece? This isn’t journalism; this is pandering to the new boss. I assumed you were one of the good ones. An honest journalist. What a joke. Chris Cuomo looks like he has more integrity than you at this point.

Others suspected that Tapper had been hiding the fact that he might be a journalist for years but….oh wait, that was something else.

I have known you were horrible for years but I will admit it’s refreshing that you aren’t hiding it anymore and showing how horrible you are in the open.

A repeat tweeter assumed Tapper has changed his circle of friends.

Next up: Jake Tapper welcomes Steve Bannon for his thoughts on the election.

Don’t worry Jake. Usually when there is a shake up in the company, they will let you reapply for your job.