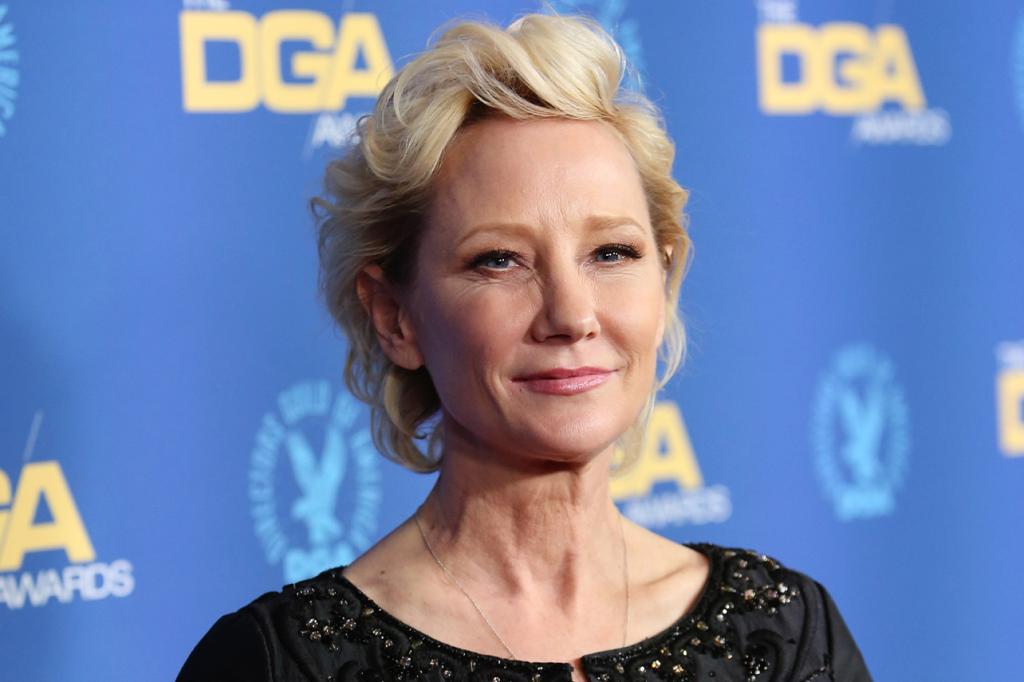 Heche died on Friday at 53.

Her family took her off life support after the “Psycho” star was involved in a fiery car crash in Los Angeles on Aug. 5.

“We have lost a bright light, a kind and most joyful soul, a loving mother, and a loyal friend. Anne will be deeply missed but she lives on through her beautiful sons, her iconic body of work, and her passionate advocacy,” her rep told The Post in a statement.

“Her bravery for always standing in her truth, spreading her message of love and acceptance, will continue to have a lasting impact,” they continued.

Her rep also explained that she is “brain dead” and under California law, that can be defined as death.

Heche was driving her Mini Cooper when she slammed into the garage of an apartment complex. She was allegedly under the influence of cocaine and possibly fentanyl at the time.

It was reported on Aug. 11 that the mother of two was “not expected to survive.”

Her rep told Page Six that she “suffered a severe anoxic brain injury” and had stayed in a coma at the Grossman Burn Center at West Hills Hospital and Medical Center in California.

Ellen DeGeneres — Heche’s ex-girlfriend — shared her condolences on Twitter, writing: “This is a sad day. I’m sending Anne’s children, family and friends all of my love.”

“Heaven has a new Angel. My loving, kind, fun, endearing and beautiful friend @anneheche went to heaven. I will miss her terribly and cherish all the beautiful memories we have shared,” Davis wrote. “Anne was always the kindest, most thoughtful person who always brought out the best in me.

Author Danny Pellegrino said he was “sad to hear” about Heche. “”Six Days Seven Nights’ was one of the earliest romcoms I taped on VHS and watched over and over,” he said.

“So sad to hear. I know Anne Heche had her demons, but she clearly didn’t deserve to die so young. Praying for her family,” one fan tweeted.

Another fan chimed in, “I’ve worked in Hollywood for 33 years. I’ve never met Anne Heche but the tragic, senseless, utter loss of her passing and the damage to those left behind is just heartbreaking.”