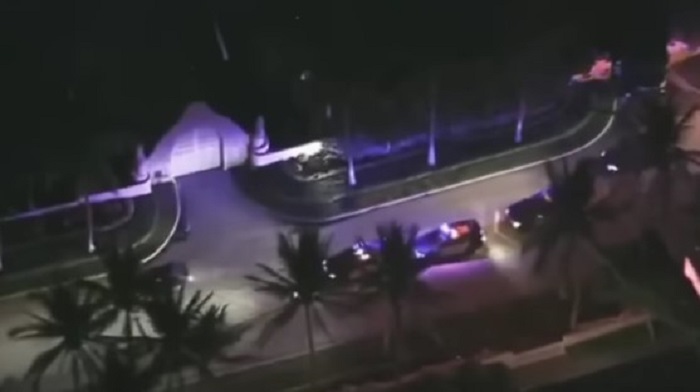 Multiple outlets reported that an informant inside Donald Trump’s circle tipped off the FBI to documents they were seeking in his Mar-a-Lago home, even telling them where they could be located.

Both Newsweek and the Wall Street Journal indicate that at least one person in the former president’s orbit provided the information.

“The raid on Mar-a-Lago was based largely on information from an FBI confidential human source, one who was able to identify what classified documents former President Trump was still hiding and even the location of those documents,” Newsweek wrote, citing two government sources.

The Wall Street Journal noted, “Someone familiar with the stored papers told investigators there may be still more classified documents at the private club after the National Archives retrieved 15 boxes earlier in the year.”

Newsweek’s source indicates the affidavit used to obtain the search warrant contained specific information on the documents in question which could only be known by somebody on the inside, “including the detail that they were contained in a specific safe in a specific room.”

Trump referenced a safe in his statement on the raid: “They even broke into my safe.”

RELATED: Republican Lawmakers Say Trump Is ‘Fired Up,’ And Made Up His Mind About 2024 Following FBI Raid

The Newsweek report also reveals the remarkable efforts the FBI reportedly took in trying to make the raid of Trump’s home appear apolitical.

Sources told the outlet that the FBI was surprised by the backlash to the raid and that they were actually “seeking to avoid any media circus.”

The FBI allegedly waited for an opportunity when the former President would not be in his home.

“FBI decision-makers in Washington and Miami thought that denying the former president a photo opportunity or a platform from which to grandstand (or to attempt to thwart the raid) would lower the profile of the event,” a senior official and 30-year veteran of the FBI explained.

The sources say that the raid was done deliberately on Monday as to ensure that Trump was not in the state at the time. https://t.co/6lcIya3cov

Two government sources told Newsweek “the raid was scheduled with no political motive.”

“What a spectacular backfire,” one official added.

The officials also claim the raid had “nothing to do with the January 6 investigation or any other alleged wrongdoing by the former president.”

Sirius XM podcast host Megyn Kelly said the notion the raid had nothing to do with the Capitol riot was “bullshit.”

“Bullshit – there is no way that’s what they were searching for…This is about January 6, and the never-ending desire to get Donald Trump on something…”@MegynKelly on the FBI raid at Trump’s home. Watch below, and download the FULL show here:https://t.co/F96HgI7HIW pic.twitter.com/s5pA45Vxc5

No Clinton or Biden Raids Either

Further information on the raid at Trump’s home may be forthcoming as the judge  – an Obama donor who defended some of Jeffrey Epstein’s employees – who signed and approved the search ordered the DOJ to file a response to motions to unseal the warrant by Monday.

Republicans have railed against they see is a double standard with the FBI’s dealing with alleged possession of classified documents by Trump and others such as Hillary Clinton.

“At the end of his presidency, Barack Obama trucked 30 million pages of his administration’s records to Chicago…More than five years after Obama’s presidency ended, the National Archives webpage reveals that zero pages have been digitized & disclosed.”https://t.co/377McHH4Cl

Several Republican lawmakers have noted a “double standard” in how the FBI handled matters with Trump and those involving President Biden’s son, Hunter.

Hunter Biden has been the subject of an ongoing investigation by the Justice Department, with CNN noting a couple of weeks ago that it had reached a “critical juncture.”

How corrupt is the FBI? Two days after they raid Donald Trump’s private residence, Hunter Biden, whose laptop proving multiple felonies the FBI has had for years, hops on Air Force 1 for a family vacation. pic.twitter.com/DtoDGIfuUA

The FBI has had a computer hard drive that formerly belonged to Hunter Biden since December of 2019. The drive reportedly contains documents that detail his overseas business income, along with salacious media.

The younger Biden on Wednesday boarded Air Force One with his father as they departed for a family vacation. The likelihood of their homes being raided while they’re away is slim.