Unbelievable: Mexico City Residents Complain Too Many Americans Are Moving There 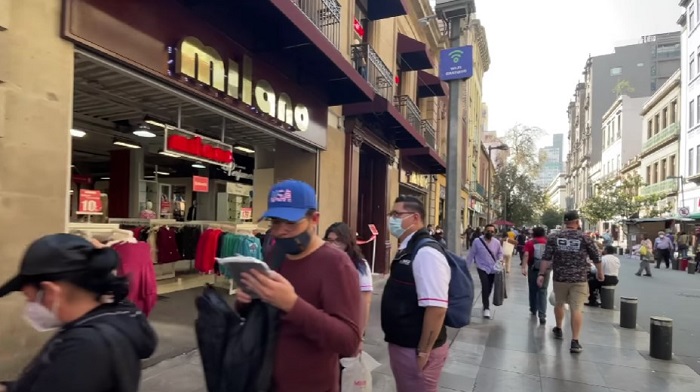 In an ironic twist, residents of Mexico City are rather unhappy about Americans flooding the capital and moving there, an occurrence likely to increase due to inflation, and are telling them they need to go home.

This, according to a new report Wednesday by the Los Angeles Times.

Americans have been flocking to the largest city in Mexico since the pandemic began and, according to the report, “is likely to” see the trend “continue as inflation rises.”

President Biden’s economy is forcing Americans to cross the border, so to speak, into Mexico City, where they are able to stay up to six months without a visa.

The Times explains that many are tourists and remote workers, but “clear financial incentives are drawing Americans to Mexico City.”

Mexico City is being flooded by Americans — including legions of remote workers drawn by cheaper rents.

More and more, locals are asking them to please go home.https://t.co/wivG6TDWTP

Regardless of the reasons why Americans are flooding Mexico City, the locals are not pleased. In fact, those cited in the Los Angeles Times report engaged in some pretty hefty xenophobic statements.

Whoa. Can you imagine how the media would be covering somebody who said ‘we’re the only white people here’ and ‘nobody speaks English’?

It gets even wilder than that.

The Times reports that the city has English-language posters hanging around town that read:

“New to the city? Working remotely? You’re a f—ing plague and the locals f—ing hate you. Leave.”

“New to the city? Working remotely?” they read in English. “You’re a f—ing plague and the locals f—ing hate you. Leave.” https://t.co/HjohaUgwz4

Others cited in the article complain that Americans are only coming to Mexico City for financial benefit, not to learn about the location and it’s culture.

“We’re just seeing Americans flooding in,” one woman complained. “They don’t even know how long they’re going to stay. They’re completely picking up their entire lives and just moving down here.”

Still, the report points out that despite the underlying friction, the “vast majority” of Mexico City residents “are unwaveringly kind and patient with international visitors.”

Mexico City is being flooded by Americans remote workers and tourists drawn by cheaper rents. They’re transforming classic neighborhoods, the housing market and even racial dynamics.

Here’s why some locals are asking them to please go home.https://t.co/F9G2SaZFvE

RELATED: Canada Prime Minister Justin Trudeau Warns Illegal Immigrants That ‘We Are a Country of Laws’

It’s Different When It’s Your City or Country

The report on Americans being told by Mexico City locals to go home is reminiscent of the time Canadian Prime Minister Justin Trudeau started fretting about immigrants coming into his country after former President Trump strengthened immigration laws in the United States.

The message in 2018 from Trudeau, according to the Washington Post, was “simple: If you don’t qualify for refugee or asylum status, don’t try to cross into Canada.”

Similarly, in 2017, Trudeau had a problem with illegal immigrants self-deporting into Canada due to Trump’s tough immigration stance.

“Canada is an opening and welcoming society, but let me be clear,” he said. “We are also a country of laws.”

While Mexico City is worried about English-speaking, white Americans going to their city to save due to Biden’s inflation policies, the administration has allowed millions of illegal immigrants to cross the border into the United States.