Europe Already Worried About NATO Arms Being Trafficked Out Of Ukraine 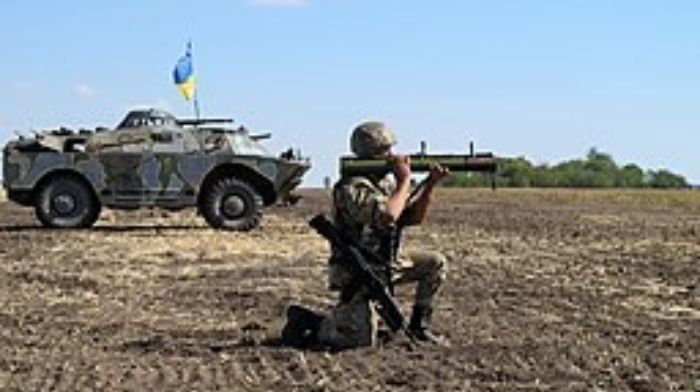 NATO and E.U. partners are sounding alarms over the lack of accountability and tracking of military-grade weapons sent to Ukraine.

However, the probability that arms dealers are salivating over the cache of western military weaponry is virtually guaranteed, given the history of arms trafficking within and through Ukraine and how the weapons are being handled.

The situation even went Hollywood back in 2005 with Lord of War; the Nicolas Cage film depicting a Ukrainian arms smuggler.

While the Pentagon has provided vague assurances that weapons transfers are being handled appropriately, the E.U. is opting to deter the flow of underground weapon sales by standing up a security hub in Moldova.

The question is, will it do any good?

EU Home Affairs Commissioner Ylva Johansson said the hub was aiming to prevent a post-Balkan war situation, from which crime gangs in Europe profited to build up their arsenal.

Over $20 billion worth of military support has been sent to Ukraine since the start of the Russian invasion. While there appears to be overwhelming support for assisting Ukraine, the fear of some, if not the majority, of those weapons ending up in the wrong hands is well founded.

Eastern Europe has been a hotbed for arms smuggling since the fall of the Soviet Union. For example, it is estimated that 7.1 million of the small arms stock held in Ukraine in 1992 was “diverted to conflict areas.” Conflict areas are generally a nice way of referring to unstable countries and terrorist organizations.

In more recent history, Ukraine was involved in three ships with massive weapons headed to various conflict areas in 2001, 2007, and 2010. And between 2006 and 2011, approximately $117 million worth of firearms were exported from Ukraine.

For a country that has historically been able to move large amounts of weapons to other locations illegally, it is a safe bet that the same thing will happen when this conflict with Russia dies down, if it hasn’t already.

#Ukraine: Who could’ve predicted that the most corrupt country in Europe would all of a sudden become a black market paradise for smuggling Western arms and weaponry? 🤔🤔🤔 pic.twitter.com/tBYMpDUjkX

RELATED: CIA Has Been Operating Secretly In Ukraine, Say ‘Current And Former Officials’

The E.U. has set up what they call a Hub for Internal Security and Border Management in Moldova to catch at least some of the illicit arms trade that is estimated to take place in the region. However, there isn’t a lot of optimism when it comes to the efficacy of this ‘hub.’

“It is hard to avoid weapons-smuggling. We try to keep track of them, but I would be lying if I said we will succeed. We failed after the war in Yugoslavia, and we can’t prevent it now.”

So what is it that makes it so difficult to track and prevent this sort of illegal activity? The very nature of how the weapons are getting to Ukraine certainly plays a part.

As one western official put it:

“All these weapons land in southern Poland, get shipped to the border and then are just divided up into vehicles to cross: trucks, vans, sometimes private cars.”

He went on to explain:

“And from that moment we go blank on their locations and we have no idea where they go, where they are used or even if they stay in the country.”

That’s a hard reality when considering the massive amounts of western weaponry sent to Ukraine.

Europe is concerned about the possible increase in arms smuggling from Ukraine.

This was told by the European Commissioner for Internal Affairs, Ylva Johansson. pic.twitter.com/fHVUDlimxp

The U.S. undersecretary for arms control and international security, Bonnie Jenkins, commented on the risk of weapons proliferation:

“The U.S. very seriously takes our responsibility to protect American origin defense technologies and prevent their diversion or illicit proliferation.”

That statement doesn’t provide a lot of confidence when the Department of Defense can only monitor three types of weapons physically, thanks to what is known as “Enhanced End Use Monitoring.” Think like a black box for weapons. The three weapons with this technology are the Javelin missiles, Javelin launch units, and night vision goggles.

Furthermore, we don’t have the best track record for keeping tabs on American military assets. Besides the equipment left behind from our hasty withdrawal from Afghanistan, it is reported that the Pentagon lost track of 52% of the weapons given to Afghanistan during the 20-year war.

Ms. Jenkins goes on to state:

“We are confident in the Ukrainian government’s commitment to appropriately safeguard and account for U.S. weapons.”

However, Europol, which is the E.U.’s law enforcement arm, recently put out the following:

“Initially, Ukrainian officials maintained registers of firearms handed out to civilians, but this practice was abandoned as the war progressed and firearms have been distributed without records since then.”

Naturally, Ukraine disputes this argument. Yuriy Sak, who is an advisor to Ukraine’s defense minister, has said of these sorts of accusations:

“Information that Ukraine is becoming a major hub for arms smuggling does not correspond to reality.”

The undertone of that message is that this rhetoric may be a part of a Russian disinformation campaign to weaken support for Ukraine. But it’s hard to know what to believe when Ukraine has also participated in disinformation, as witnessed with the Ghost of Kyiv fable.

There May Be Only One Winner in The Ukraine-Russia Conflict

As this war has expanded from the poorly-predicted 72 hours to a protracted war, it’s hard to believe there will be a clear winner between Ukraine and Russia. However, a group may come out on top; the defense contractor industry.

With inflation hurting everyone and every industry, two companies have fared very well with their stock rising: Raytheon and Lockheed Martin. However, the record amount of military support flowing to Ukraine has caused western stockpiles to dwindle.

More WELFARE for US defense contractors and merchants of death…. as Ukraine hammered, its country leveled, for East-West proxy war. pic.twitter.com/WO15U4hWFR

As former NATO Director of policy and planning Jamie Shea put it:

“Ukraine has been a lesson in how war is still often won through the classic elements of artillery, ground troops and occupation.”

This is a hard lesson for the western world, which focused a lot of defense purchasing on large weapons systems steering away from the brass tacks required for all war campaigns.

So while western defense contractors cash in on the war in Ukraine, the question remains, how long will it be until American and European soldiers find themselves looking down the barrel of their own weapons in an inevitable future conflict?