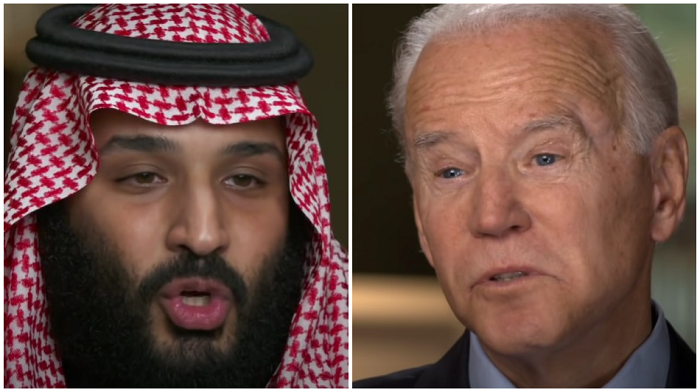 Terry Strada, a widow of the September 11th terrorist attacks, heavily criticized President Biden ahead of his meeting with the Crown Prince of Saudi Arabia, accusing him of being the “the least empathetic president” grieving families have seen since 9/11.

Strada, the National Chair of 9/11 Families United, is demanding Biden hold Saudi Arabia responsible for their role in the deadliest terror attacks on American soil.

Documents declassified by the FBI in September of 2021 detailed new information about the support provided to two hijackers by U.S.-based Saudi nationals with diplomatic credentials. The royal family has denied any involvement though suspicions have remained.

Speaking to CNN’s Jake Tapper, Strada expressed frustration regarding the President’s visit to Saudi Arabia and his seeming effort to gloss over the alleged links they have to 9/11.

“I’ve been really disappointed in the president lately, when he put out his op-ed in the Washington Post he completely omitted 9/11,” she charged. “He didn’t talk about what we’re going through and what we’ve been requesting from him.”

“President Biden claims to be ‘Mr. Empathy,’” she continued. “He is the least empathetic president we have had since September 11.”

9/11 widow @TerrySStrada speaks out ahead of president Biden trip to Saudi Arabia pic.twitter.com/BjRyb7n21v

Strada, whose husband Tom was killed during the attacks on 9/11, vowed to hold President Biden accountable after his trip to Saudi Arabia.

“We are going to watch him very closely. We are not going away. When he comes back from his trip he is going to have to answer to us.”

Strada said she will demand answers as to whether or not Biden had the spine to mention 9/11 to the Saudia Arabia Crown Prince.

“If not, if he chooses to sweep this under the rug, then we will ask, ‘What did you trade for the murder of 3,000 innocent people?’”

Sept. 11 widow: “President Biden must look the Saudi Crown Prince in the eyes and demand accountability for the Kingdom’s role in murdering our loved ones”https://t.co/1vGOfMVyQu

RELATED: Geraldo Accuses President Biden of Going to Saudi Arabia to ‘Whore Himself’

Selling Out For Oil

Strada has criticized President Biden ever since reports surfaced that he’d be meeting with Saudi Arabia to, as Geraldo Rivera has described, “whore himself” for increased oil production.

“We share Americans’ ‘pain at the pump,’ and we recognize there are a number of important issues between our two countries, but any dialogue must include our years-long quest for justice and accountability,” Strada said in a letter on behalf of her organization.

EXCLUSIVE: The chair of one of the most prominent 9/11 family coalitions has written to Biden with concerns about possible renewed engagement with Saudi Arabia, calling on him to uphold his campaign pledge to make the Kingdom a “pariah.”https://t.co/5GBKtdjysi

Biden, as a candidate for President, had vowed to hold Saudi Arabia accountable and treat them as a “pariah.”

“We were going to, in fact, make them pay the price, and make them, in fact, the pariah that they are,” he said at a Democrat debate in 2019.

NBC’s @PeterAlexander: “The President, as a candidate, said in Nov. of 2019 of Saudi Arabia–he said we would ‘make them pay the price & make them, in effect, the pariah that they are. There is very little social redeeming value’…Does President Biden stand by those words[?]” pic.twitter.com/5fqZVGMzbV

Biden’s comments were in regards to Saudi Arabia’s role in the killing of Washington Post contributor Jamal Khashoggi.

Khashoggi’s widow also took umbrage with the meeting between the American President and the Crown Prince, calling Biden’s actions “disappointing” and making a simple request.

“If you have to put oil over principles and expediency over values can you at least ask where is Jamal’s body?” she asked.