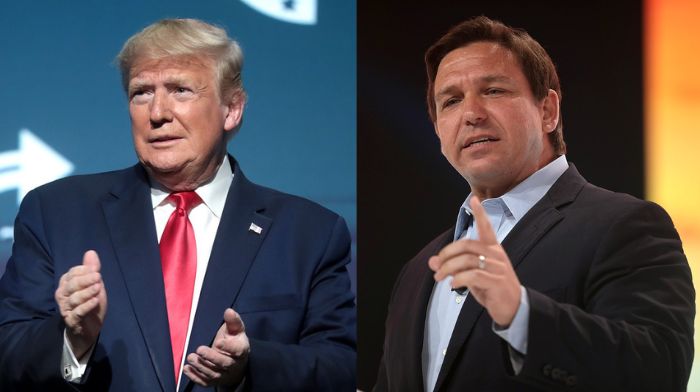 Some may be thinking that the House Select Committee on Jan. 6 hearings may be nothing more than a kangaroo court not really accomplishing anything.

But those individuals are likely to be normal Republican voters – not party bigwigs or donors.

What the committee is doing, reportedly, is making some of the Republican Party’s biggest donors jittery about helping Donald Trump out should be decide to make another run for the White House in 2024.

CNBC reports that Republican donors, many of whom spoke on the condition of anonymity, want someone besides Donald Trump.

Nothing will prevent President Trump from running for reelection in 2024.

If donors had already been on the fence about a Trump 2024 run, testimony at the Committee hearing by a former aide to Trump Chief of Staff Mark Meadows may have put them over the top – despite the testimony’s obvious shortcomings and the fact that several aspects of the tales told were immediately denied by the people who were actually involved.

Cassidy Hutchinson testified that she was told that Trump had lunged at a Secret Service agent who refused to drive him to the Capitol to meet with protesters on January 6. However, both agents involved in the alleged incident say they are prepared to testify under oath that Hutchinson’s testimony is false.

Several real estate executives who backed Trump in 2016 and 2020 believe that, even though some of the testimony to come out of the hearings may prove to be false, it has caused Trump to take “major hits.”

Eric Levine is an attorney and Republican fundraiser who states, “I think donors were already moving away from Trump.” He added, “Donors are very concerned that Trump is the one Republican who can lose in 2024.”

Readers may recall that the Republican establishment said the same thing about Trump in 2016.

RELATED: Is Ghislaine Maxwell’s Paltry 20-Year Sentence The End Or Merely The Beginning?

The State Of Team Trump

It goes without saying that the Trump campaign would be in a good place if it needs to gear up for 2024. According to Federal Election Commission filings, Trump’s political action committee Save America has roughly $100 million on hand.

Further, the worth of a Trump endorsement for candidates running in GOP primaries around the country does not seem to be falling. This past Tuesday alone, Trump candidates did very well, and so far in this primary season, 30 Trump endorsed candidates have won their primaries. However, he has seen some high profile losses.

“President Trump’s endorsement record stands at 146-10, his Save America political committee continues to raise unprecedented amounts of money and the American people remain hungry for his leadership. And as another witch hunt is blowing up in the faces of Democrats, President Trump is in a stronger position now than at anytime before.”

For all those Democrats trying to prevent Trump from running in 2024, just remember this is waiting in the wings 👇👇👇 pic.twitter.com/p0JjhNsZOf

Coming Up Behind Trump

Of course it is still very early, but other names continue to be floated as possible GOP contenders even if Trump decides to run. Names like former Vice President Mike Pence, and Sens. Tim Scott (R-SC) and Tom Cotton (R-AR) are being heard.

But the one that not only comes up as a possible contender, but also as a possible Trump running mate is Florida Gov. Ron DeSantis. Presidential straw polls have been up and down this year. At this year’s Conservative Political Action Conference (CPAC) in February, Trump won 58% to DeSantis’ 28%.

By May at the Wisconsin Republican State Convention, things were markedly different, and now, might just support the theory of big money donors being scared off. The results of that poll was DeSantis 38% Trump 32%.

In a recent interview, Donald Trump stated that he would definitely consider Ron DeSantis as a 2024 running mate saying in a very Trumpian way, “Well, I get along with him. I was very responsible for his success, because I endorsed him and he went up like a rocket ship.”

As 2024 inches closer, it remains to be seen who remains nervous and how that translates into campaign dollars.

If Trump regularly yelled, “I’m the President, bitch!” tried to hijack the beast, and threw burgers and plates all over the White House… then that man earned my vote in 2024.