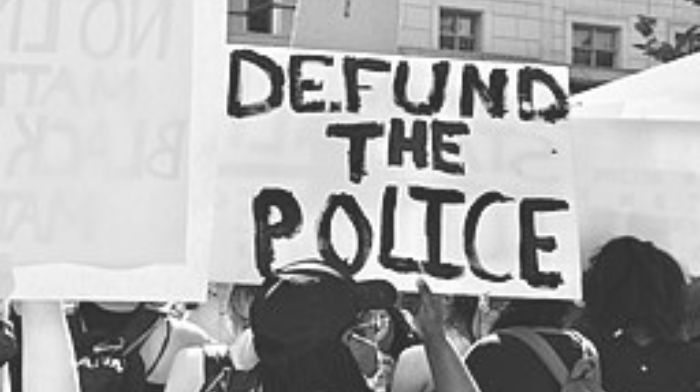 The affluent West Hollywood city council within Los Angeles County in California narrowly passed a measure to decrease the budget for the Sheriff’s department by a vote of 3 – 2. Yet, at the same time, they managed to vote to increase funding for a local art festival and extend bar operating hours to 4 in the morning.

The Golden State has received plenty of mainstream media coverage this year, with overall spikes in crime and a homelessness epidemic. Within West Hollywood, there has been a staggering 137% increase in crime.

Of the two who voted against the measure to defund the Sheriff’s department was West Hollywood, Mayor Lauren Meister. With the Mayor dissenting and the people not seeming interested in this measure, why pass it in the first place?

🚨 BREAKING – West Hollywood will officially be the place to party until 4AM.

Mayor Meister said of the vote:

“Most of the residents and businesses I have heard from are opposed to cutting the Sheriff’s budget.”

In fact, before passing away, co-founder of West Hollywood, Ruth Williams, told the council:

“We need our deputies on the street, and we need more of them. We need them on foot patrol. We need them on bikes. We need to bring back whoever was defunded, and even add more. Crime is up. People are yelling for more public safety, not less.”

However, the council members who voted to reduce the budget have a different perspective. Parroting some of the same themes heard in the aftermath of George Floyd’s murder and the riots that followed, they feel what is needed is a reimagining of policing.

Mayor Pro Tem Sepi Shyne touches explicitly on this idea in her statement:

The money that Mayor Pro Tem Shyne reallocated went to a program called Block by Block. Block by Block staffs unarmed ‘security ambassadors’ to be the eyes of the city.

Councilmember John D’Amico, who voted yes, explained how he justified his decision:

“In my mind, this is an increase of safety services with 60 additional eyes on the street working directly with the residents and the sheriff and code compliance and our social services providers – and two fewer deputies this fall.”

There will be five fewer deputies once the program is fully established. Councilmember Lindsey P. Horvath echoed Mr. D’Amico’s thoughts:

With recent recall efforts in California, you have to wonder if this move by West Hollywood appears a bit tone-deaf.

One DA Down, Another To Go?

It was shocking that a progressive city like San Francisco would vote to recall progressive District Attorney Chesa Boudin. While Mr. Boudin argued that the recall success was due to Republican donors and a concentrated, right-wing plot, the fact remains that the vote was in the hands of San Franciscans. Who aren’t generally depicted as right-wing.

This is Manhattan Beach tonight. pic.twitter.com/jjUBhSWnnA

Of note was Hannah Tubbs, who he allowed to plead guilty in juvenile court on charges of sexually abusing a child. Telephone recordings from jail had Americans enraged over Tubbs mocking the D.A. and showing no remorse for their crime.

Then there was the recent killing of two cops in El Monte by Justin Flores, who some argue should never have been out of jail in the first place. DA Gascon, in a press conference after the murders, said:

“We all wish that we could predict violence, but the reality is that we can’t.”

Providing a wealth of solace to the families of victims throughout L.A., no doubt, there are plenty.

Los Angeles has had its highest homicide rate in 15 years. Specifically, in Los Angeles County, from 2019 to 2021, homicides increased 94%, and grand theft auto increased 59%.

In a made-for US magazine moment, Owen Wilson proved that celebrities are just like us when he had his rims and tires stolen from his Tesla. From his driveway in Santa Monica. Apparently, even stars aren’t immune to the county’s 17% surge in stolen vehicles.

To be fair, it’s not just L.A. experiencing stratospheric crime numbers. Just about every major city has felt the effects of rising crime rates.

As citizens of New York are increasingly impacted by rising crime rates, they can take great comfort their state will become a “safe harbor”…. for abortion. #HoculTheYokel

One suburb in Atlanta is so fed up with it that they are contemplating seceding from the city. Buckhead City Committee CEO Bill White told Fox News of their initiative to cut ties and be their own city:

“We are really feeling like this is a war zone… This is murder and mayhem…we are dealing with a mayor who voted to defund the police. We’re short 180 police officers.”

Since the cries to defund the police in 2020, overall support for the movement has decreased. A University of Massachusetts Amherst study found that 31% of Americans still support transferring funds from police departments to social services. That’s a seven-point drop from last year.

With decreasing support for defunding the police and increasing crime across the country, you have to wonder if Democrats and liberal ran cities are listening to their constituents. Tim Lineberger, who runs the campaign to recall DA Gascon, said:

“The recall is quite literally and figuratively in the hands of Los Angeles County voters.”

After doubling down on his handling of cop-killer Justin Flores’ felon w/ gun case, LA DA @GeorgeGascon walks out and ignores colleague @MattFinnFNC, who asks if he has anything to say to the parents of murdered El Monte PD officer Joseph Santana, who blame Gascon for his death. pic.twitter.com/5l3my2k3rP

“First of all, nobody has the gun problem that we have in this country. You can’t expect us to have a public safety team where most of the people aren’t armed in order to defend our citizens.”

I know I wouldn’t feel safer with 60 street patrol monitors watching for crime with no actual means to stop it. President Biden himself told cities and states:

“Use the funds we made available to you to prioritize public safety. Hire the police officers.”