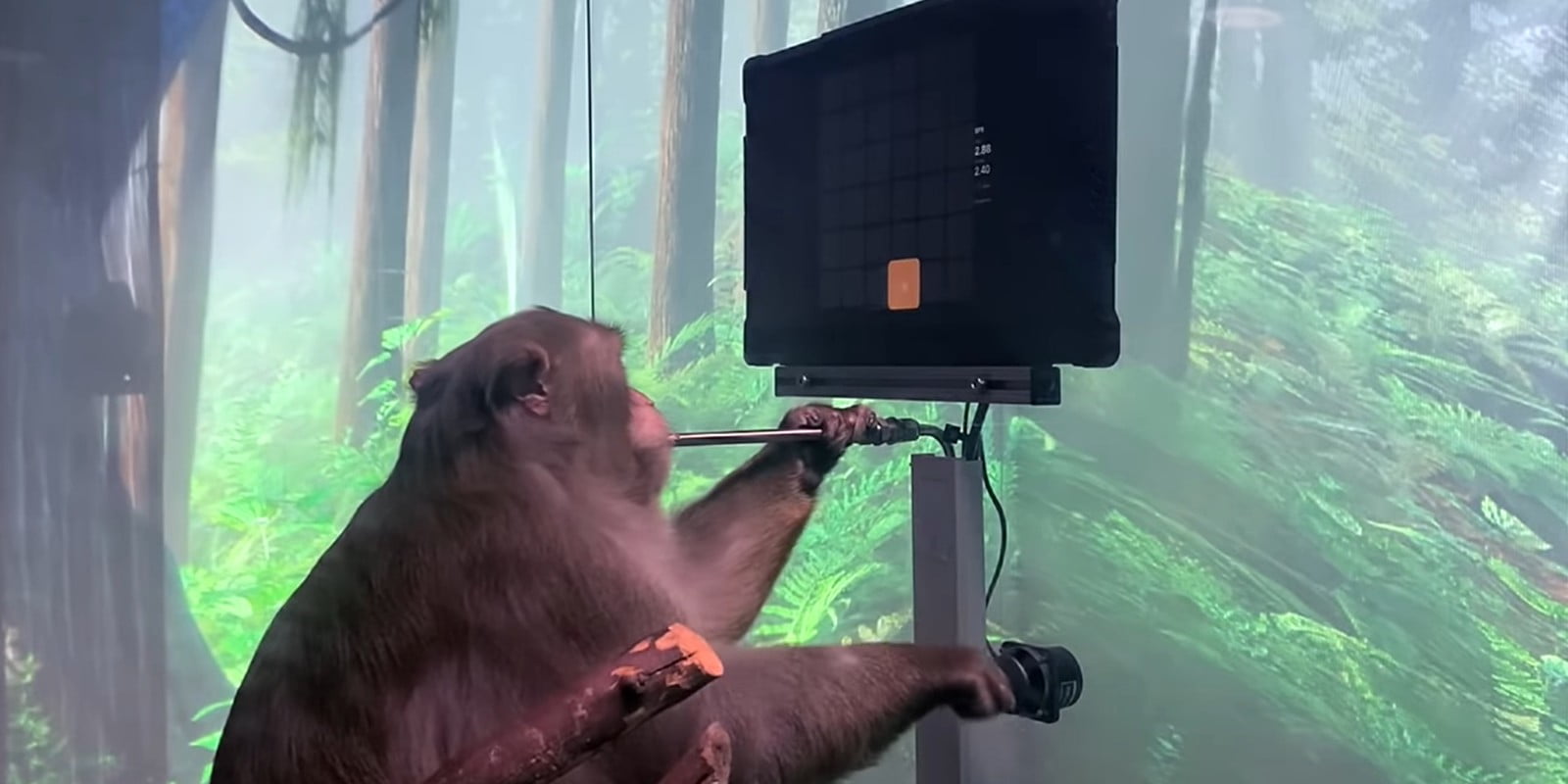 Elon Musk’s Neuralink, which has been developing implantable brain-computer interfaces since 2016, shared a video that appears to show a monkey controlling a computer mouse with its mind alone. The recent blog post of Neuralink also covers some of the company’s recent developments in this area of work. Here’s the video:

According to the official video, Pager, a nine-year-old macaque monkey, was implanted with a Neuralink about six weeks before it was filmed. If you look closely in the video, his head is still bald due to the procedure he had to go through. To start, he was given a banana smoothie on the condition that he plays video games with a joystick through a metal straw.

During this time, the neural linking unit recorded information about the firing patterns of neurons and learned how to forecast hand movements based on identifying which regions of the brain are activated. Once the patterns were recorded, the joystick was disconnected from the computer. Keeping his mind occupied, the monkey continues to play the game of Pong — but without the joystick at all.

“Today we are pleased to reveal the Link’s capability to enable a macaque monkey, named Pager, to move a cursor on a computer screen with neural activity using a 1,024 electrode fully-implanted neural recording and data transmission device, termed the N1 Link. We placed Links bilaterally: one in the left motor cortex (which controls movements of the right side of the body) and another in the right motor cortex (which controls the left side of the body).”

The idea that a monkey would play video games using a mind implant is plausible since a paralyzed man had already drunk beer with a robotic arm and a non-Neuralink brain implant. In 2006, Matthew Nagle performed a similar feat with four days of Pong training, a classic of brain-machine interface.

Neuralink, Elon Musk’s company developing brain-machine interfaces, demonstrated some of its technology for the first time for the public back in July 2019. According to Musk, a monkey has already been able to control a computer with its brain using a Neuralink implant. Several demonstrations have since been conducted on pigs of the Neurallink technology. Musk tweeted today that Neuralink could help people who are paralyzed tweet faster than someone using their thumbs on a smartphone. Later he said, Neuralink signal transmission to major body neural clusters will enable people with paraplegia to walk again.

If Neuralink succeeds, it would be a major breakthrough in history and will revolutionize the way paralysis is treated nowadays. Neural implants are much more complicated than anticipated and will need certifications from health officials and government bodies. We will have to wait and see till the first implant is tested in humans for the greater good of humanity.