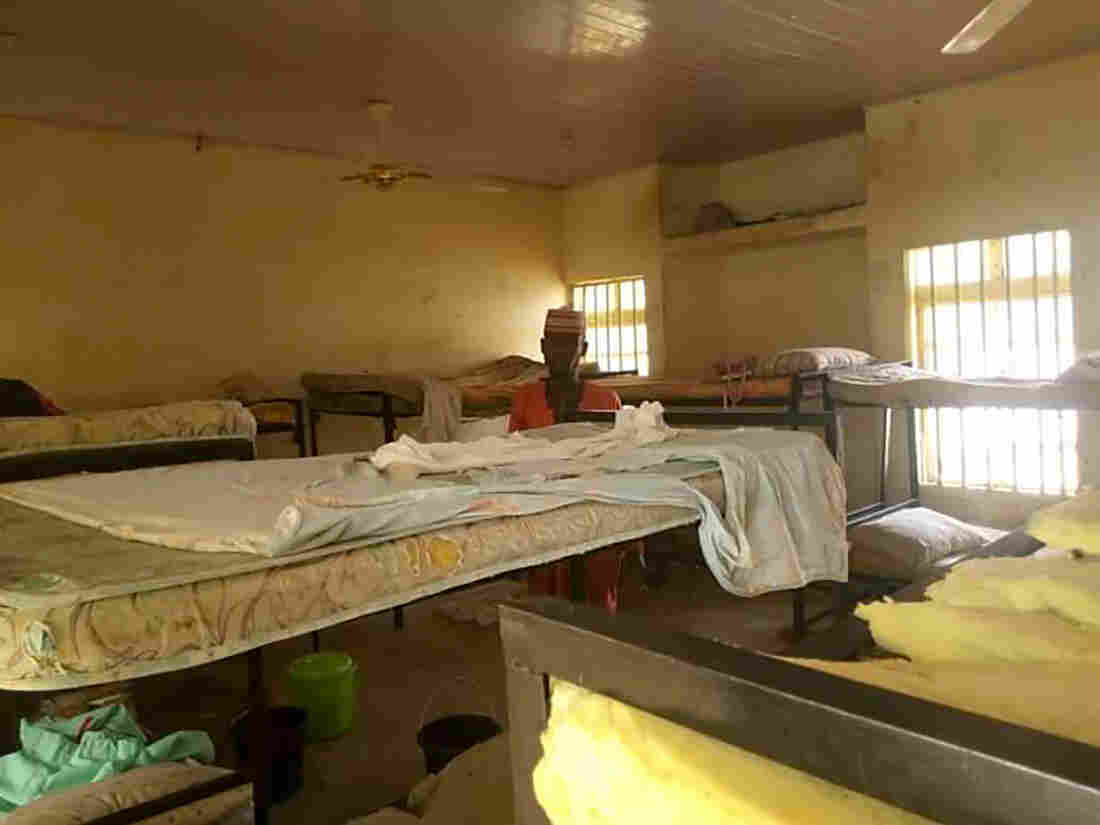 A man stands in the deserted school dormitory after gunmen invaded and took away more than 270 girls in Jangebe in northwest Nigeria, on Feb. 26. The girls have all since been returned. Habibu Iliyasu /AFP via Getty Images hide caption

A man stands in the deserted school dormitory after gunmen invaded and took away more than 270 girls in Jangebe in northwest Nigeria, on Feb. 26. The girls have all since been returned.

The Nigerian government has denied paying a ransom for the girls, and officials have not said who’s responsible. It’s unclear whether the captors were arrested.

The government initially said 317 girls were abducted, but today revised the number to 279 without explanation. They were taken from their beds at the Government Girls Science Secondary School in the town of Jangebe.

Witnesses told reporters that gunmen — some wearing uniforms and disguised as security personnel — arrived at the school in pickup trucks and on motorcycles around 1 a.m. last Friday (7 p.m. ET Thursday). They then “broke into the students’ hostels” and “forcefully evacuated” them.

The girls’ kidnapping and return are the latest in a string of other similar instances in Nigeria. On Saturday, a group of 42 people kidnapped last month were released by their captors. In December, 300 abducted schoolboys were let go after negotiations.

Nigerian President Muhammadu Buhari tweeted Tuesday that the Nigerian government is “working hard to bring an end to these grim and heartbreaking incidents of kidnapping.”

I join the affected families and the people of Zamfara State in welcoming and celebrating the release of the abducted students of GGSS Jangebe. This news bring overwhelming joy. I am pleased that their ordeal has come to a happy end without any incident.