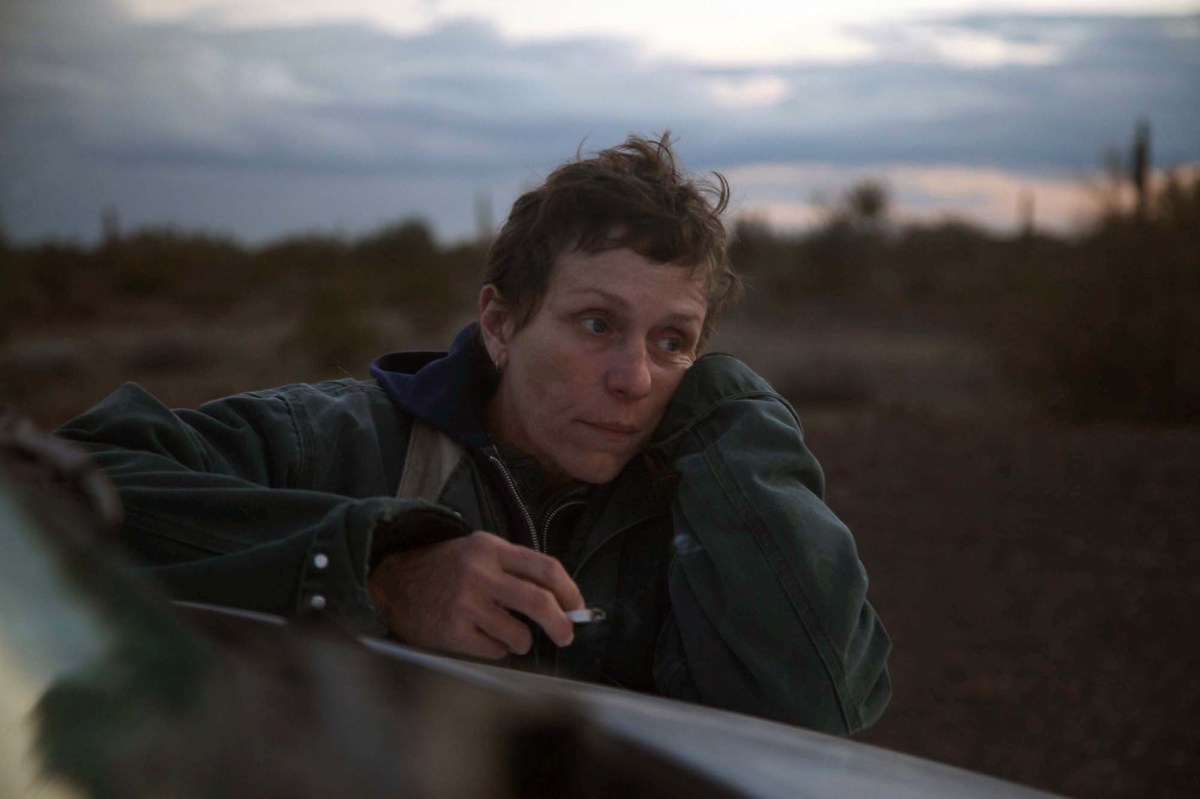 Now we know for sure who’s gonna win the Oscar for Best Picture, right? The mist of obscurity has finally lifted, right? Place yer bets, right? Sorry, guys, it’s not that clear-cut.

Although the overpraised “Nomadland” won the 2021 Golden Globe for best dramatic film Sunday night, history tells us that director Chloé Zhao’s film is not a sure thing for the Best Picture Oscar on April 25.

Look at the recent winners of the same illustrious prize: “1917,” “Bohemian Rhapsody,” “Three Billboards Outside Ebbing, Missouri,” and “The Revenant.” None went on to win the Academy Award for Best Picture.

Meanwhile, just two Golden Globe best comedy or musical victors have taken the top Oscar in the past decade: “Green Book” and “The Artist.” So, the odds aren’t the greatest, even if the film starring Frances McDormand has long been seen as a juggernaut since it premiered at the Venice and Toronto Film Festivals. Other voters are starting to get tired of it.

While I’ll give this loony bunch of international reporters some credit for maturing in who they’ve nominated the last few years — despite some moronic omissions — the 90-strong group still is not an accurate representation of the nearly 9,000 members of the Academy of Motion Picture Arts and Sciences. The Oscars are voted on by real actors, directors, screenwriters and producers.

Who can really trust a drunk Italian journalist?

While “Nomadland” was a perfectly sensible choice for the top prize Sunday, the mysterious group still had its fair share of loco picks.

One of the worst examples: Giving an award to Rosamund Pike for the dismal “I Care a Lot” — which will not get a single Oscar nod — instead of the revelatory Maria Bakalova from “Borat Subsequent Moviefilm.” Nobody predicted that. As Borat would say, “Not very nice.”

Another out-of-left-field choice was Andra Day, as Billie Holiday in “The United States vs. Billie Holiday,” for best dramatic actress. She’s terrific, but the newcomer won’t go on to win an Oscar over veterans such as Viola Davis (“Ma Rainey’s Black Bottom“) or McDormand (“Nomadland”).

Meanwhile, Jodie Foster won for “The Mauritanian,” which few people have seen, over Amanda Seyfried for “Mank” or Olivia Colman for “The Father.”

On the TV side, the Globes almost went full Brit: “The Crown” won best dramatic TV series, as well as acting awards for Emma Corrin, Josh O’Connor and Gillian Anderson.

The best decision the Globes made, movie-wise, was awarding the wonderful late actor Chadwick Boseman for his work in Netflix’s adaptation of August Wilson’s “Ma Rainey’s Black Bottom.” It’s an unforgettable performance. Tell your boss you’re overstretched, and watch it today.

The second best decision the Globes made all night was not awarding Kate Hudson with the best actress – comedy or musical award for her role in the offensive “Music.” One very upset person took issue with my well-documented opinion on this issue.

“Okay, girl,” an Instagram user commented on a photo of Hudson. “What did you do to the New York Post writer Johnny Oleksinski?? Did you break his heart or something?? I hope you get the globe!!”

Readers, I assure you: I would never be mad that Kate stood me up at Momofuku on our first date. I am a very serious journalist. I’m not bitter at all.