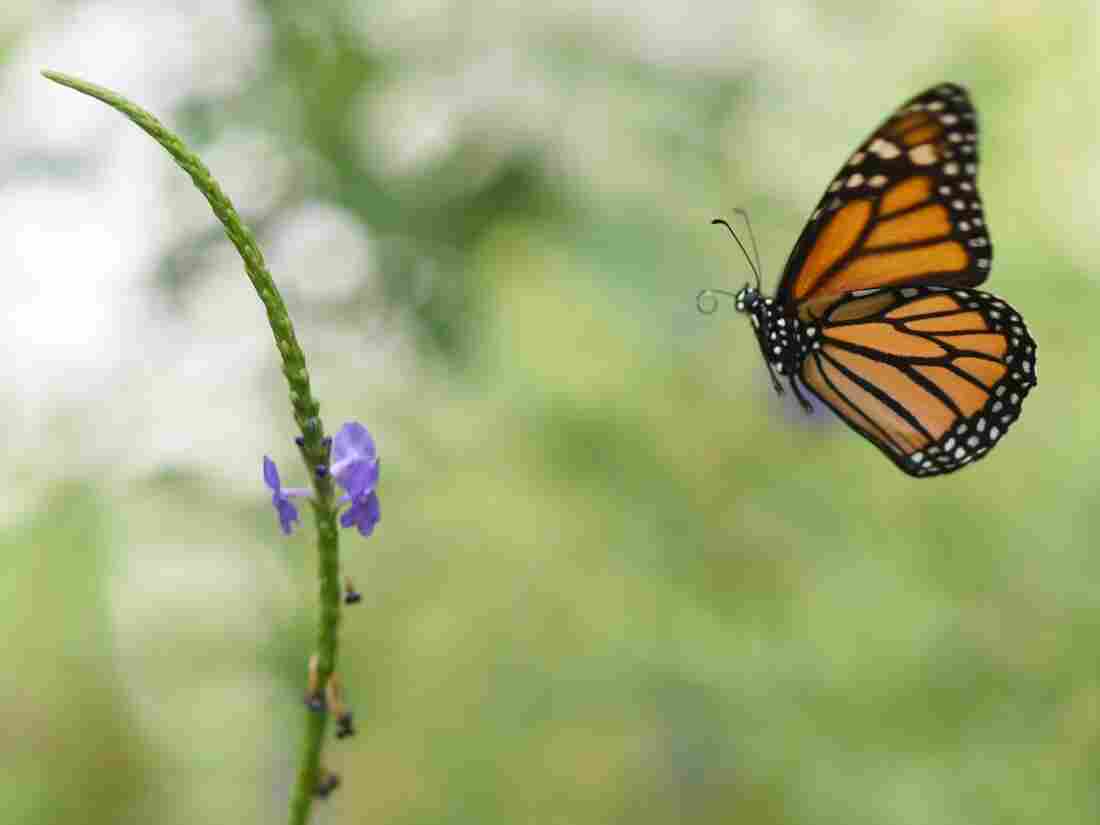 Millions of monarch butterflies arrive each year in Mexico after travelling, in some cases, thousands of miles from the United States and Canada. Pedro Pardo/AFP via Getty Images hide caption

Millions of monarch butterflies arrive each year in Mexico after travelling, in some cases, thousands of miles from the United States and Canada.

The population of monarch butterflies that migrated to Mexico to ride out the cold winter months in the north fell 26% from a year earlier, according to a new report from the Mexican government and the Word Wildlife Fund.

Mexico’s Commission for Natural Protected Areas said the butterflies’ population occupied only 2.10 hectares in 2020, compared to 2.8 hectares a year earlier. And the monarch Biosphere Reserve in Michoacán, Mexico lost trees at a higher rate than it did in 2019.

A combination of logging, falling trees, and drought in the areas where the butterflies roost, as well as a reduction of milkweed in their breeding places, pose threats to the monarch’s migration. But the damage wrought by climate change is the biggest factor.

During the spring and summer of 2020, wild weather in the southern United States killed milkweed blossoms–which female monarch butterflies lay their eggs upon. In turn, the development of butterfly eggs and larvae was also impacted, the report said.

Despite the report’s findings, the butterfly isn’t in danger of extinction, said Jorge Rickards, director general of WWF-Mexico.

However, the monarch’s migratory process is at risk, he said, and the governments, the scientific community, and civil society of Mexico, the U.S. and Canada must work together to ensure the survival of the butterfly going forward.

Rickards said, “Monarch butterflies show us how individual work, in this case, migration, can become an exceptional collaborative exercise, when all these migrants gather in the forests to hibernate together and buffer the climate.”

Colder, wetter winters can be lethal for monarchs while hotter, drier summers alter their habitats in the north.

The monarch is the only butterfly known to make a two-way migration like birds do, according to U.S. Forest Service. Monarchs can’t survive the cold winters of northern climates, unlike other butterflies.

Monarchs can travel between 50-100 miles a day. It can take the insects up to two months to complete their journey to their winter sojourn.