A new breed of firms vie for stake in NBA teams 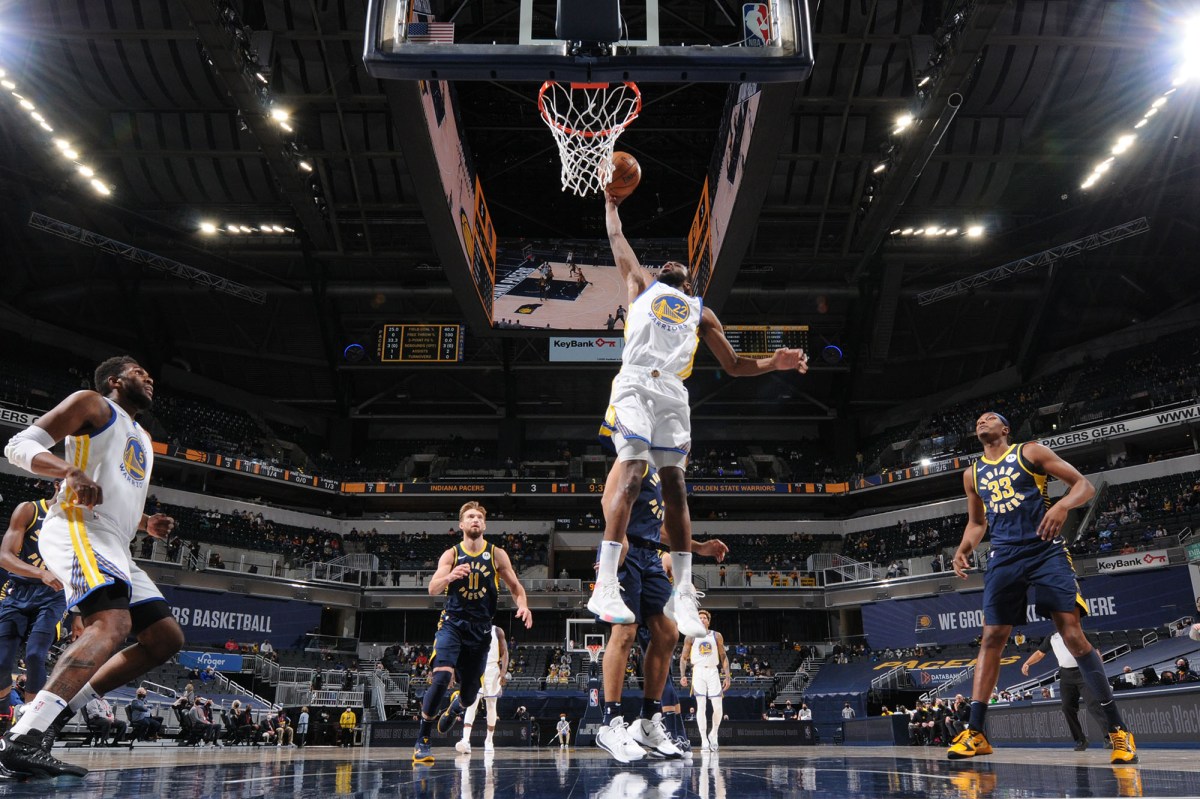 Last month, the owners of the Golden State Warriors quietly approached the National Basketball Association for approval to sell a minority stake in the team — not to another business mogul, but to a publicly traded blank-check company that had partnered with a private-equity firm, The Post has learned.

The unnamed institutional buyers — who, according to sources, had the support of Silicon Valley tycoon Chamath Palihapitiya, a minority owner in the Warriors — were confident the NBA would OK them to buy the stake, sources said.

But the NBA’s Advisory/Finance Committee put off a decision and the Warriors withdrew the request, figuring it was dead, according to three people with knowledge of the matter.

The failed bid comes as professional sports teams — from the NBA to Major League Baseball — are squeezed by the pandemic, which has emptied out arenas and stadiums for a year now. Massive team losses have spurred crushing capital calls on investors. Many of them are now looking for an exit, but are finding that there’s a dearth of wealthy individuals willing or able to take their place.

Enter Wall Street. The pandemic has opened the door to a flood of financial entities with names like RedBall Acquisition Corp. and Arctos Sports Partners hungry for a piece of the action.

If they succeed, it could change the face of professional sports forever, but thus far they’re having trouble completing a single deal.

Sources said Glen Taylor, billionaire owner of the Minnesota Timberwolves, went to the NBA a few months ago with a pitch to sell to Arctos, a private-equity firm formed in 2019, to buy small stakes in teams. But the idea was shot down because Arctos had not been approved by the NBA, sources said.

Arctos also recently filed to raise money via a blank-check company that will be used to buy stakes in basketball or baseball teams that need capital to cover losses. This is happening even though neither the NBA nor MLB has approved the controversial idea.

Also known as SPACs, or special-purpose acquisition corporations, blank-check companies list themselves on a public exchange like the NYSE in order to merge with a business and take it public.

There are now five SPACs looking to buy stakes in pro sports franchises, according to SPACInsider, including Arctos, which on Feb. 23 raised $275 million for a blank-check company on the NYSE.

Goal Acquisitions, formed by NBA legend Michael Jordan’s former agent David Falk, this month, raised $225 million after listing on the Nasdaq stock market. “Sports franchises . . . are facing a huge strain on cash flow, leaving ownership groups without the appetite, nor liquidity to continue franchise funding for an undetermined period of time,” it told investors in its prospectus.

Sources say various SPAC owners have contacted nearly every NBA owner in the past year. And there are many NBA owners — particularly small minority owners — that want the option to sell to the entities, these people added.

Indeed, frustration appears to be building among some corners of the NBA’s ownership ranks over how slowly the NBA, headed by Commissioner Adam Silver, is working on a solution, sources said.

“The pressure on Adam is extreme,” a source close to the NBA office said.

In July, the NBA opened the door for a single private-equity firm — Dyal Capital Partners, a unit of Wall Street investment firm Neuberger Berman — to start buying small minority stakes in NBA teams. Dyal has reached agreements with some owners, but can’t complete the deals until after a new fund closing that’s expected next month, sources said.

The NBA is also interviewing buyout firms beyond Dyal. In letting them in, Silver may need to loosen the NBA’s ownership rules. In particular, funds have asked him to waive an existing rule that says the NBA can force out any owner at any time that it finds is bad for the league.

“Private-equity firms are super eager but the current provision is a non-starter,” a source said, adding that he believes Silver will make the exception.

In its response to the Warriors’ SPAC request last month, the NBA raised concerns that letting these publicly traded entities invest in teams could artificially lower their values. Once even a sliver of a team starts trading on a public stock exchange, its valuation would be subject to the whim of investors.

The NBA, sources said, is likewise concerned that SPAC ownership could lead to league financials getting revealed via public filings.

SPACs have also been courting MLB teams. RedBall Acquisition Corp., which last August raised $500 million, has been in talks for months to acquire a stake in the Fenway Sports Group, which controls the Boston Red Sox and Liverpool F.C. soccer team, but has failed to reach an agreement on price, sources said.

Three-quarters of the MLB owners would need to approve even a minority stake sale to a SPAC. But whether they would OK it remains an open question — with one source saying many baseball owners have told him they would vote it down on sight.

It’s why some Wall Streeters think basketball, not baseball, will be the next frontier for complex financial instruments.