Despite bleak real-estate market, signs of hope are building 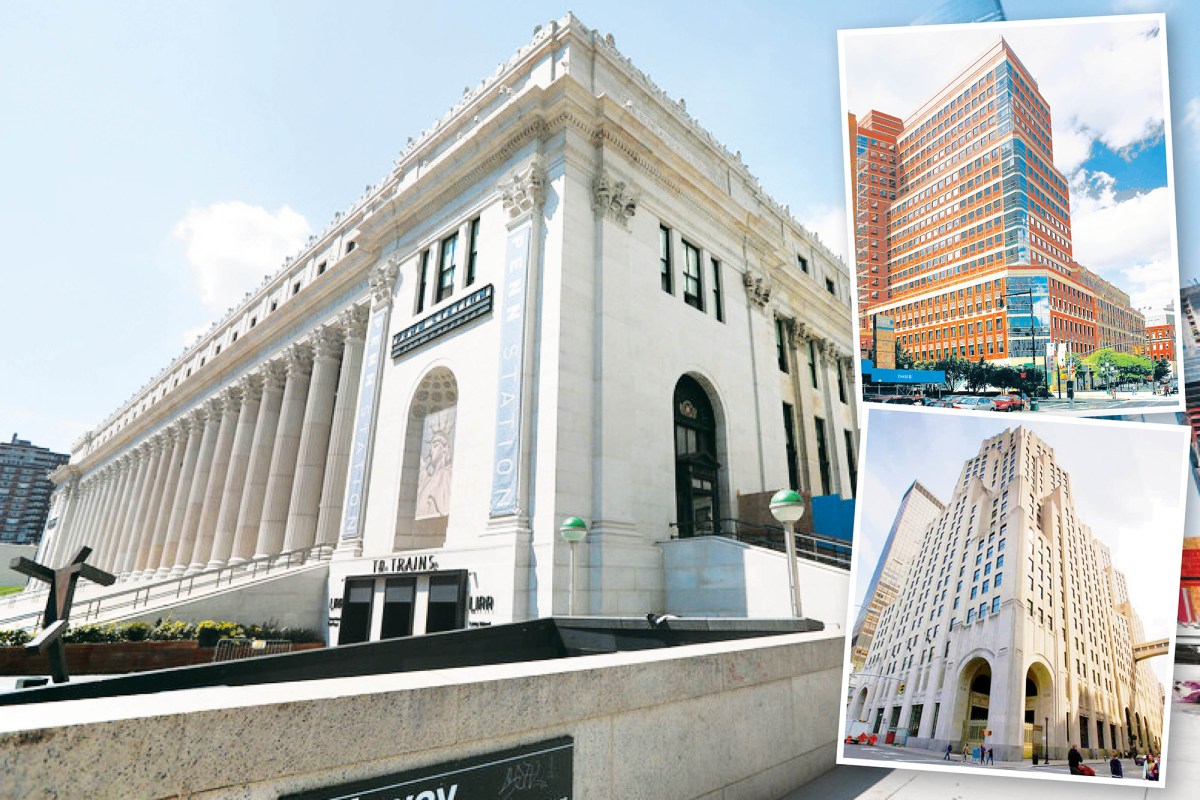 New York City’s pandemic-battered property world resembles a nerve-wracking “seesaw” of “flights and drops,” as Henry James wrote of his neurotic protagonist’s mood in “The Turn of the Screw.” With any luck, Gotham will come through in better shape than James’ tragic heroine.

On the dark side, office towers hit a near-historic high vacancy rate of 15 percent, and remain 85 percent physically unoccupied. Investment sales have grounded to a halt. The Partnership for New York City, in a new report, says that companies are so eager to leave that states including Florida, Texas, North Carolina and Maryland “have established aggressive programs to recruit talent and attract jobs from New York . . . literally every New York employer is being courted.”

Retail’s a disaster and might worsen. Ominously, 90 percent of restaurants didn’t pay their December rent, according to the New York City Hospitality Alliance — raising the prospect that thousands more dark eateries will soon swell the vacancy plague.

And yet . . . and yet. Signs of underlying stability and renewed energy are increasingly common. Apartment sales are up, especially in Brooklyn. Stimulated by reduced rents, more Manhattan rental leases were signed in December than for the month in a dozen years, according to Douglas Elliman and analyst Jonathan Miller — although vacant units remain at a near all-time high.

Investment and residential sales of $6 billion in January 2021 saw a 38 percent jump over January 2020, the Real Estate Board of New York found — yielding the city and state $190 million in badly needed transfer-tax revenue, 31 percent more than in the previous January.

Downtown Brooklyn’s MetroTech has clocked renewals totaling 132,000 square feet since the start of the fourth quarter of 2020. The signings — including for SoulCycle and HeartShare Human Services of New York — reflect the complex’s evolution under new owner Brookfield from mostly a banking back-office into a destination for tenants as diverse as Slate and Think! Architecture and Design. MetroTech’s 5.5 million square feet are now 91 percent leased.

Concrete evidence of overall market stability also permeates Vornado Realty Trust’s just-released 10-K annual SEC filing for 2020 and its fourth-quarter earnings call last week.
The giant developer/landlord saw a net loss of $209 million for the quarter, compared with net gain of $193 million the year before. But it’s typical of results for publicly-traded REITS during the pandemic.

CEO Steve Roth noted in the call that Vornado closed on $1 billion of apartments at 220 Central Park South — “a big number which was added to our cash balances and enhanced our financial strength.” His company is spending more than $1 billion to redevelop the Farley building — where Facebook signed the largest office lease of 2020 at 750,000 square feet — and the Penn 1 office tower “off our balance sheet without debt.”

Vornado CFO Michael Franco said on the call that even “with post-COVID leasing activity down dramatically, we still leased 2.2 million square feet and 54 separate leasing transactions in New York” in 2020.

Starting rents remained strong at $89.33 per square foot, and the average lease term was for 14.4 years, Franco said.

The year ended with Vornado’s Manhattan office occupancy at 93.4 percent. Despite anecdotal tales of widespread rent holdouts, Vornado collected 95 percent of owed rents in the fourth quarter — 97 percent including rent deferrals from office tenants and 88 percent from retail tenants, according to the 10-K.

Meanwhile, SL Green, the city’s largest commercial landlord with interests in 29 million square feet of offices, reported similar strength in its fourth-quarter results.
The REIT collected 97.9 percent of office rent and 80.8 percent of retail rent for the entire year of 2020.

Even in a low-demand market, SL Green properties saw 464,000 square feet of deals in the fourth quarter and 1.25 million square feet for the full year. The most recent major commitment was Beam Suntory’s lease for 100,000 square feet at 11 Madison Ave., with a starting rent of around $90 per square foot.

Beam Suntory will move its US headquarters to New York from Chicago while keeping some space in the Windy City — a sign that companies still see value in being here.
There might even be hope that office workers will return to their desks this year. The widely followed Kastle Back-to-Work Barometer reports an uptick in physical office occupancy last week from 13.3 to 14.7 percent. The needle’s been stuck for months but could start to move with increased vaccinations and a renewed sense of public safety.