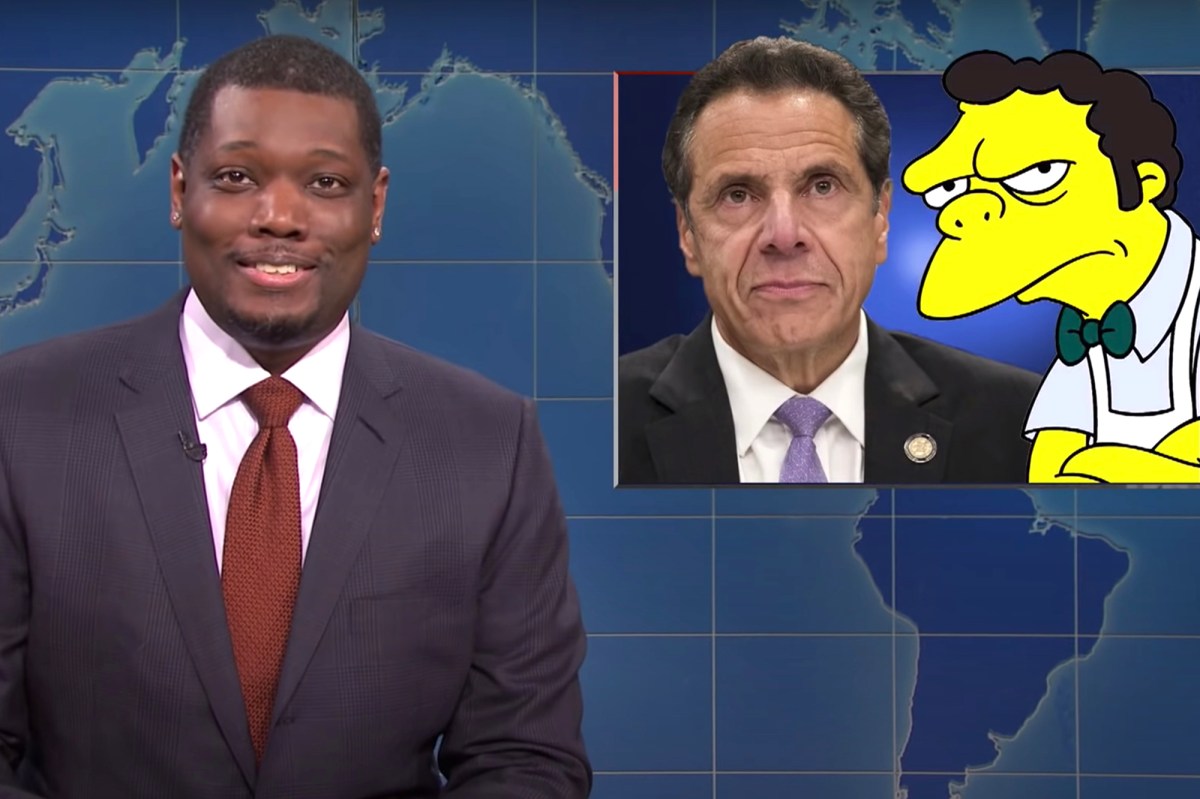 “New York Gov. Andrew Cuomo, who is a real-life model for Moe Szyslak, announced that more New Yorkers will be eligible for the COVID vaccine beginning next week,” Che said.

“New Yorkers will have to provide documentation of their condition and answer medical questions like, ‘Whats-a-matter, you?’” he continued.

However, it didn’t go unnoticed that the segment ignored the damning admission that his office covered up thousands of COVID-19 nursing home deaths.

“Nice that @nbcsnl had 2 bits on #Cuomo on #WeekendUpdate, but didn’t mention that Cuomo was exposed for sending seniors to die of #COVID in #nursinghomes,” wrote one Twitter user. “Wow. What an *easy,* lay-up joke for #SNL, yet..”

Another added, “Typical snl bias. No mention Cuomo killed thousands. Could have done a number on him but didn’t. They really are cowards.”

The Post revealed that Cuomo’s top aide, Melissa DeRosa, admitted to lawmakers Thursday that her boss concealed data about the coronavirus death toll among nursing-home residents to avoid having to share it with the federal government.