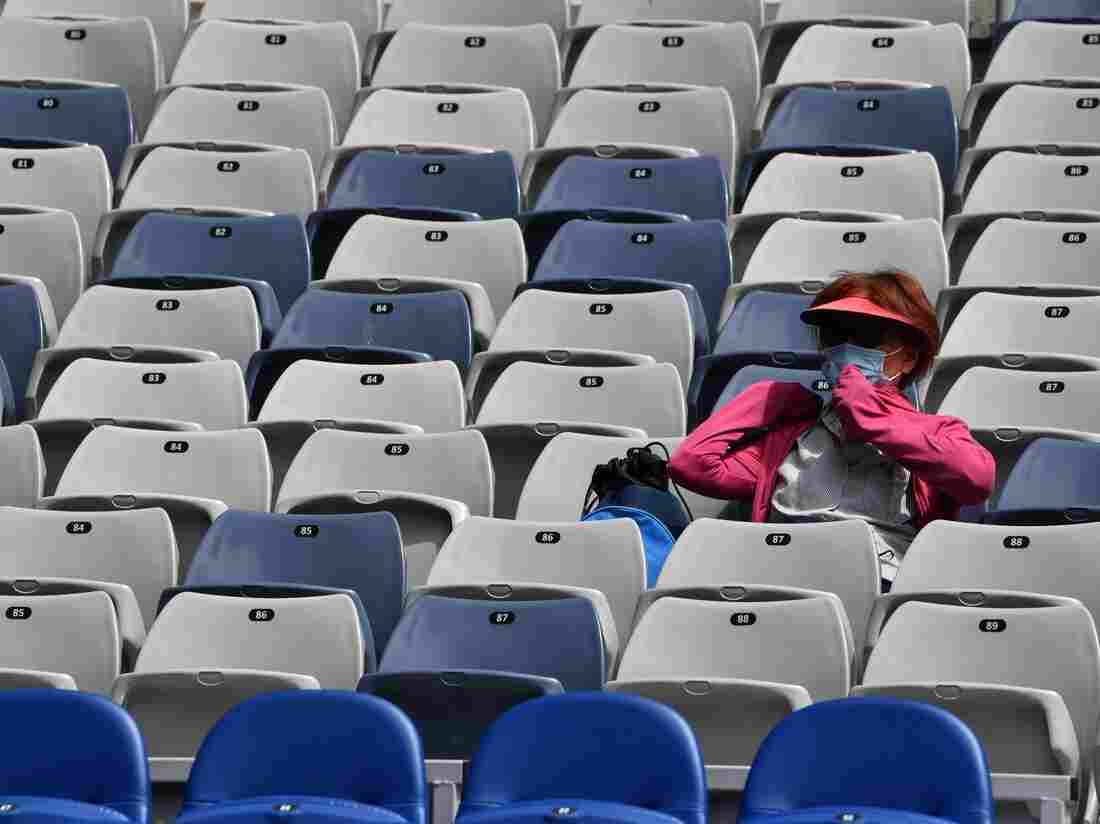 The stands at the Australian Open will be looking a lot quieter for the next five days after officials in the Victorian state of Australia called for a five day lockdown of the region. Spectators won’t be allowed at Melbourne Park during that time. Paul Crock/AFP via Getty Images hide caption

The stands at the Australian Open will be looking a lot quieter for the next five days after officials in the Victorian state of Australia called for a five day lockdown of the region. Spectators won’t be allowed at Melbourne Park during that time.

Officials in Australia’s Victoria state mandated a five-day stay-at-home order to prevent the spread of the area’s growing number of coronavirus infections.

But the tennis must go on.

Tennis Australia, the organizers of the Australian Open, had allowed 30,000 fans to attend matches thus far. But under the new restrictions, the stands will sit empty.

“It shows just how incredibly infectious this virus is. And our public health team tell us it’s only getting faster,” Andrews said during a press conference announcing the lockdown.

Cancelling in person attendance for one of tennis’s Grand Slams highlights the difficulties facing organizers of international sporting events during a global pandemic.

The world’s top men’s singles player, Novak Djokovic wrote to Tennis Australia officials with a list of “demands,” according to ESPN, which included asking to have players moved to “private houses with tennis courts.” Djokovic later said his requests were “misconstrued.”

The Australian Open, which is almost at the halfway point of two weeks of competition, will continue uninterrupted, according to the event’s organizers. Ticketholders for matches during those days will get a full refund.

Under the lockdown, Victorian residents must stay at home and can only leave for essential reasons, such as grocery shopping and caring for family.

This is Victoria’s third major lockdown. The region eradicated community spread of COVID-19 cases after a major lockdown from July through October last year.

Andrews urged Victorians to remain resolute for the next five days.

“But the most important thing you need to know is this: this is our opportunity – our brief window – to starve the virus of what it wants most. Movement,” Andrews said. “By limiting our movement, we limit the potential spread of the virus. And by going hard and going early – we’re giving ourselves every opportunity to get in front of this.”