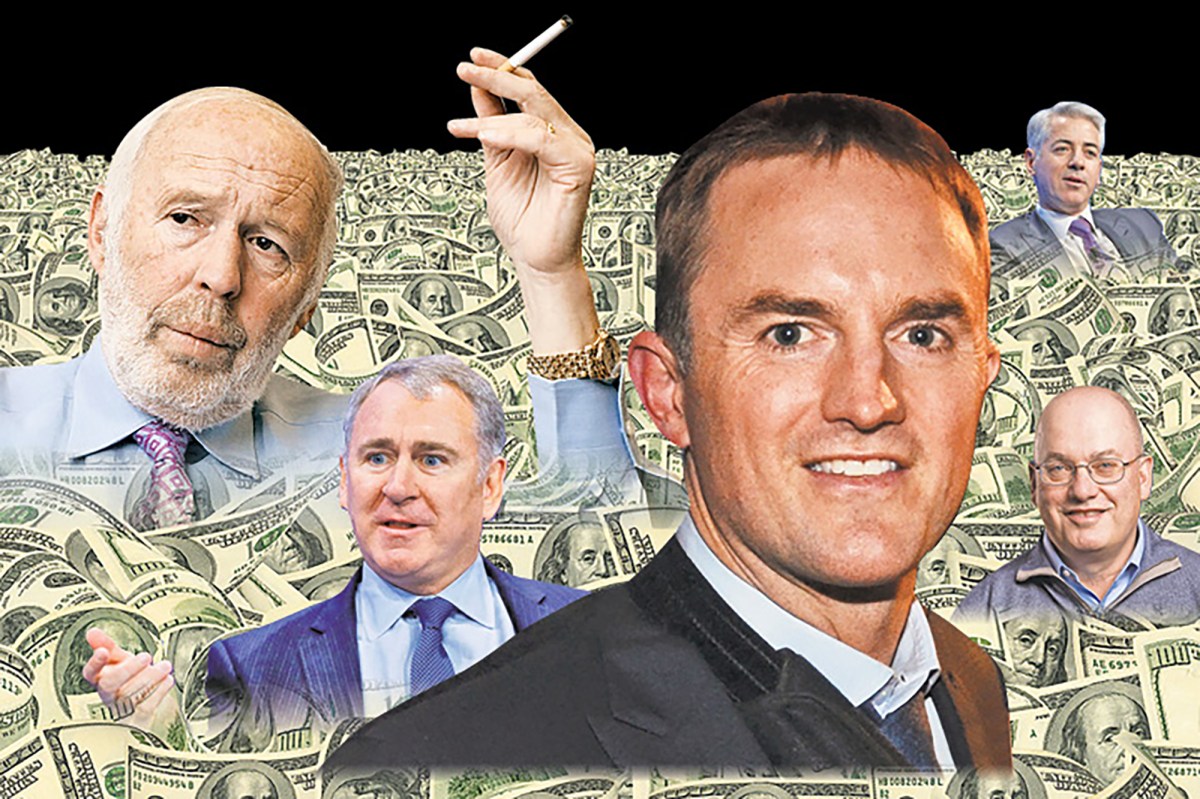 The year 2020 was one to forget, unless you were a billionaire hedge fund manager.

In the midst of record unemployment, spiraling coronavirus deaths and widespread social and political unrest, the top 15 hedge fund managers added a whopping $23.2 billion to their already extensive personal fortunes amid a stock market rally fueled by rock-bottom interest rates, according to data compiled by Bloomberg.

The biggest winner was Chase Coleman of Tiger Global Management, who hauled in a mind-boggling $3 billion, according to the Bloomberg Billionaires Index.

Coleman, 45, rode large positions in COVID-friendly stocks like Zoom and Peloton to stellar returns of 48 percent for his investors, according to Bloomberg. While that resulted in substantial fees, the majority of his gains were from a personal stake in his fund, the news agency said.

Bloomberg noted that UK-based trader Michael Platt, who last year got caught on a viral video bragging to a New York City cabby about his wealth, made even more than Coleman at $5 billion. But he wasn’t included on the list of the 15 richest hedge fund managers because his Bluecrest Capital Management, which reportedly earned 95 percent last year, no longer manages money for outside investors.

The windfall comes despite loses in three RenTech funds that have resulted in a reported $5 billion in investor redemptions since Dec. 1. RenTech’s flagship Medallion fund, which is mainly run on behalf of employees, returned 76 percent, however.

Simons, 82, announced in January that he stepped down from the chairman role at RenTech at the beginning of 2021.

No. 9 on the list was Bill Ackman, whose Pershing Square also posted the biggest return of the year at 83 percent, thanks in part to a short bet against the credit market in March that returned $2.6 billion when the pandemic cratered the economy. Ackman then bet on a number of stocks to rise as the market recovered.

A couple of hedge fund managers who have since got caught on the wrong side of the “Reddit rally” also made out big last year, including Daniel Sundheim of D1 Partners, who raked in $1.1 billion; Andreas Halvorsen of Viking Global who made $923 million and Gabe Plotkin of Melvin Capital who earned a reported $846 million.

Their efforts to short stocks that had become a favorite of day traders, like GameStop, resulted in less profitable 2021, with January losses alone reported to be down 20 percent, 7 percent and 53 percent respectively.