The Super Bowl commercials of 2021: Watch the good, bad and ugly 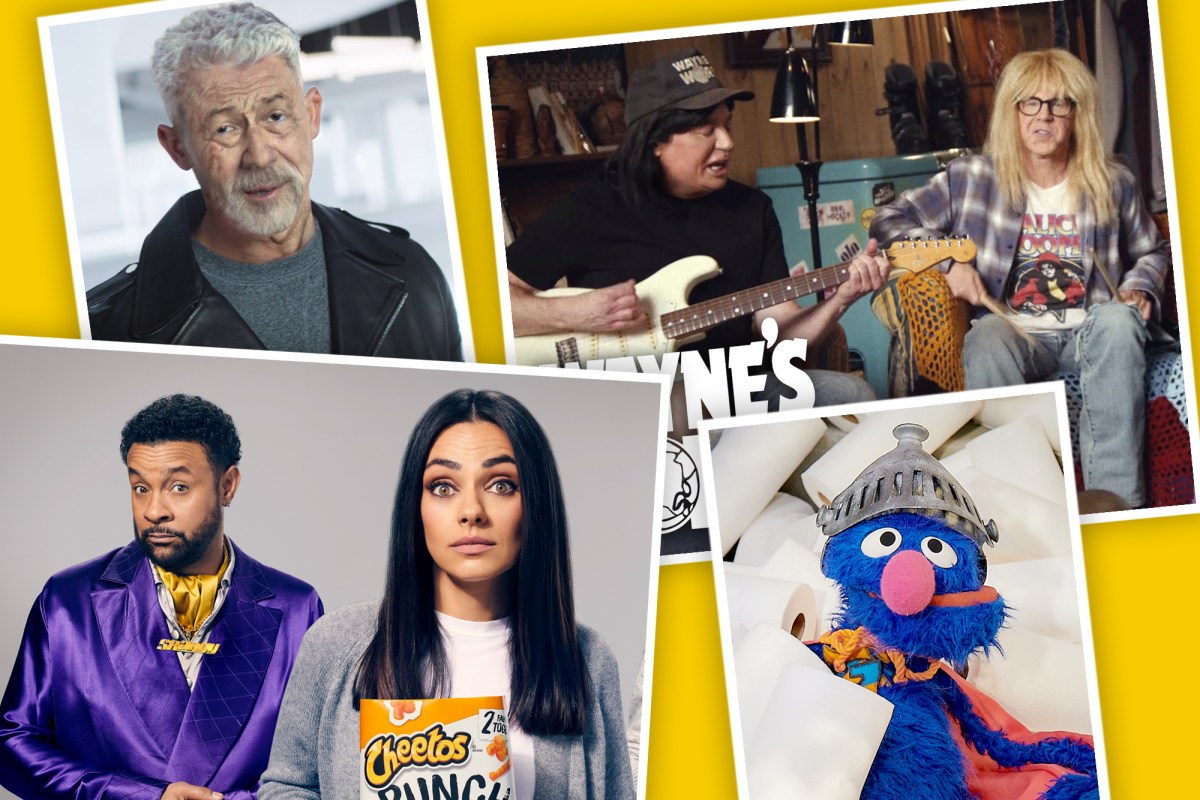 McDonald’s: “Thank You For Driving Through”

Talk about happy meals: This spot features drive-through customers singing in their cars.

“Schitt’s Creek” creator/star Dan Levy steals the show in this spot about using the candy to ease apologies.

Lil Nas X teases his new song “Montero (Call Me By Your Name)” in a spot for the technology-accessory brand.

The payment-processing company will promote its partnership with the first “all civilian mission to space,” with crew members trained by SpaceX. Meanwhile…

Astronauts are left at sea because mission control was too busy stacking potato chips to rescue them.

The glucose monitoring system for diabetes management makes its game debut with a spot starring Nick Jonas, who has Type 1 diabetes.

Wacky state tax laws and credits are highlighted in this ad for the software giant.

It’s the mayonnaise brand’s first time in the Big Game, with a spot featuring Amy Schumer encouraging viewers to “make taste not waste.”

US Paralympic swimmer Jessica Long is the star of the car maker’s uplifting and tear-jerking clip.

Chipotle: “Can a Burrito Change the World?”

“Can a burrito change the world?” That’s the question the fast-casual chain ponders with a commercial highlighting its mission to reduce carbon emissions and save water.

The diaper brand will introduce viewers to newborns born on Game Day.

A mom and son argue about how a hoodie emblazoned with the mug of “Seinfeld” star Jason Alexander got so dirty.

The online marketplace showcases people upcycling and selling their unused items, set to a cover of the Beatles’ “Hello, Goodbye.”

Real-life couple Mila Kunis and Ashton Kutcher team up with “It Wasn’t Me” singer Shaggy as Kutcher accuses Kunis of sneaking his Cheetos.

The freelance-employment platform delivers a spot about conducting business while socially distanced.

“Wayne’s World” returns, as Mike Myers and Dana Carvey — and Cardi B — go back to the basement and revive their “Saturday Night Live” characters for the food delivery app.

Matthew McConaughey turns into a “Flat Stanley”-like character, traveling around to the tune of Queen’s “I Want to Break Free.” Naturally, Doritos 3-D Crunch helps him bounce back.

A business exec dreams of what it would be like if Alexa’s human form looked like “Black Panther” star Michael B. Jordan.

The beverage giant is emphasizing “let’s grab a beer” with people drinking in airports, offices and other locales.

“Schitt’s Creek” star Emily Hampshire stars in this spot for canned cocktails, as parent company Anheuser-Busch benches its Budweiser brand for the first time in 37 years. The company announced that the $5.7 million that would have been spent on a Budweiser ad is instead going toward COVID vaccine awareness.

The online car dealer focuses on the experience of a car-buyer purchasing a used vehicle at a dealership, as opposed to Vroom’s “painless” method.

This year’s spot showcases the expression “when life gives you lemons, make lemonade” with the declaration that 2020 was “lemon” of a year.

John Cena stars in this spot for the brand’s new Major Melon flavor.

Cedric the Entertainer, Post Malone and other former Bud Light commercial stars team up for a (beer) recovery effort.

Dolly Parton’s classic “9 to 5″ is reimagined as “5 to 9” to emphasize after-hours work.

Horses that look a lot like Clydesdales — who have become synonymous with the Budweiser ads — star in this ad for the Boston-based brewery.

Rapper Lil Baby teams up with first responders to promote the energy drink.

Lenny Kravitz — in real and animated form — rocks out for this clip.