Global Initiative To Start Shipping Vaccines To Africa, Where Supplies Are Low 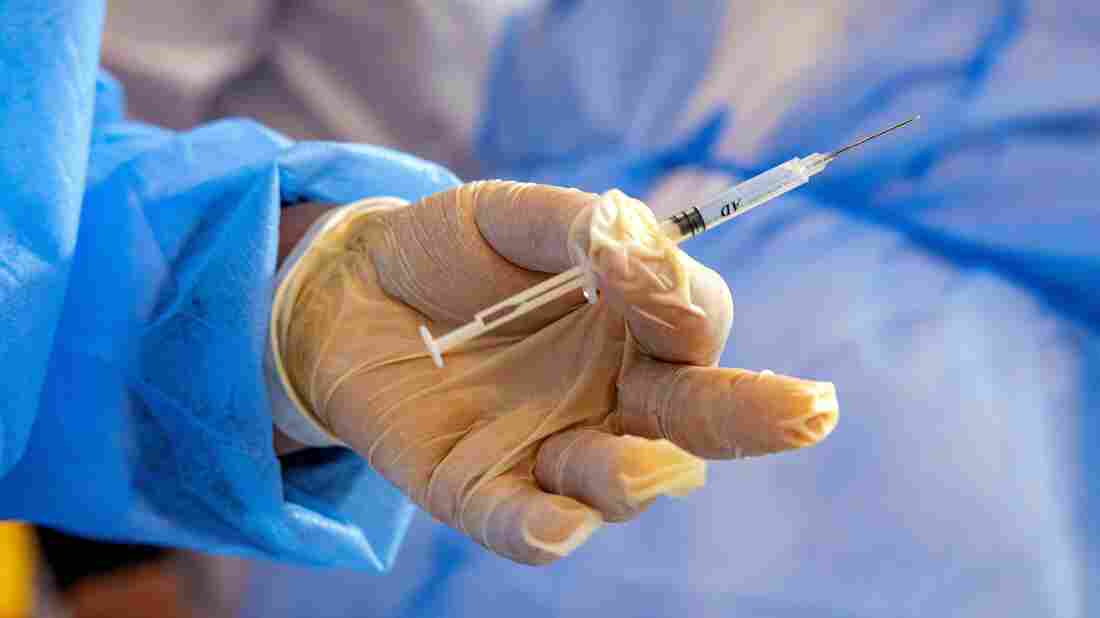 A Moroccan nurse holds a syringe containing a dose of the COVID-19 vaccine on Jan. 29. Morocco is one of the many countries that will receive COVID-19 doses as part of the COVAX initiative. Fadel Senna/AFP via Getty Images hide caption

A Moroccan nurse holds a syringe containing a dose of the COVID-19 vaccine on Jan. 29. Morocco is one of the many countries that will receive COVID-19 doses as part of the COVAX initiative.

African countries are far behind when it comes to COVID-19 vaccinations, largely because rich countries in North America and Europe have already bought much of the existing and future supply.

In response, the World Health Organization and other international groups and governments formed COVAX, which buys vaccines in bulk to distribute to low-income countries.

After months of preparation, COVAX announced plans on Thursday for its first vaccine delivery to Africa. The group said it intends to start delivering 90 million doses this month — with the initial doses being set aside for those most in need of protection, including health care workers and other vulnerable groups. COVAX aims to provide 600 million doses to Africa this year. Africa has about 1.3 billion people.

COVAX wants to provide at least 1.8 billion doses to 92 low- and middle-income countries by the end of the year. With several vaccines requiring two doses, the world will need about 12 to 15 billion doses to vaccinate everyone on the planet.

Dr. Katherine O’Brien, who directs the WHO’s Department of Immunization, Vaccines and Biologicals, talked with All Things Considered about the initiative to boost vaccine supplies in Africa and in low-income countries around the world. Here are excerpts:

Give us a sense of the need in Africa in particular, where will this supply go? And what’s been the state of play on the continent so far?

The pandemic really moves around. We see different countries having surges of cases at different times. And of course, with surges of cases and transmission comes surges of deaths in the aftermath of those cases. The idea that we’re pursuing, the world is pursuing, is not to try and move the vaccine into one country or another country at preference because of the experience that they’re having right now in terms of transmission. Given that this is moving in different waves through different countries, those people who are at highest need and highest risk need to be vaccinated in every country.

Where does supply need to increase most urgently?

At this point, we have only one low-income country that has even begun to distribute vaccine, and that’s the country of Guinea, with a very small number of doses. We’re in a situation where we have 108 million doses of vaccine that have been distributed worldwide, but 75% of those doses have gone to just 10 countries. And that means that there are many, many, many countries that either have very small numbers of doses or no doses at all.

Given the difficulty of access for poor nations, does that become all theoretical? If you can’t even get the basic vaccine out, how are you able to get a grip on the spread?

I really want to sort of correct the idea that poor countries can’t get the vaccine out. First of all, we’ve been doing and supporting countries to introduce new vaccines for decades, frankly. Low-income countries have a very strong experience of rolling out vaccines. What they really need right now is they need the supply. So the countries are ready.