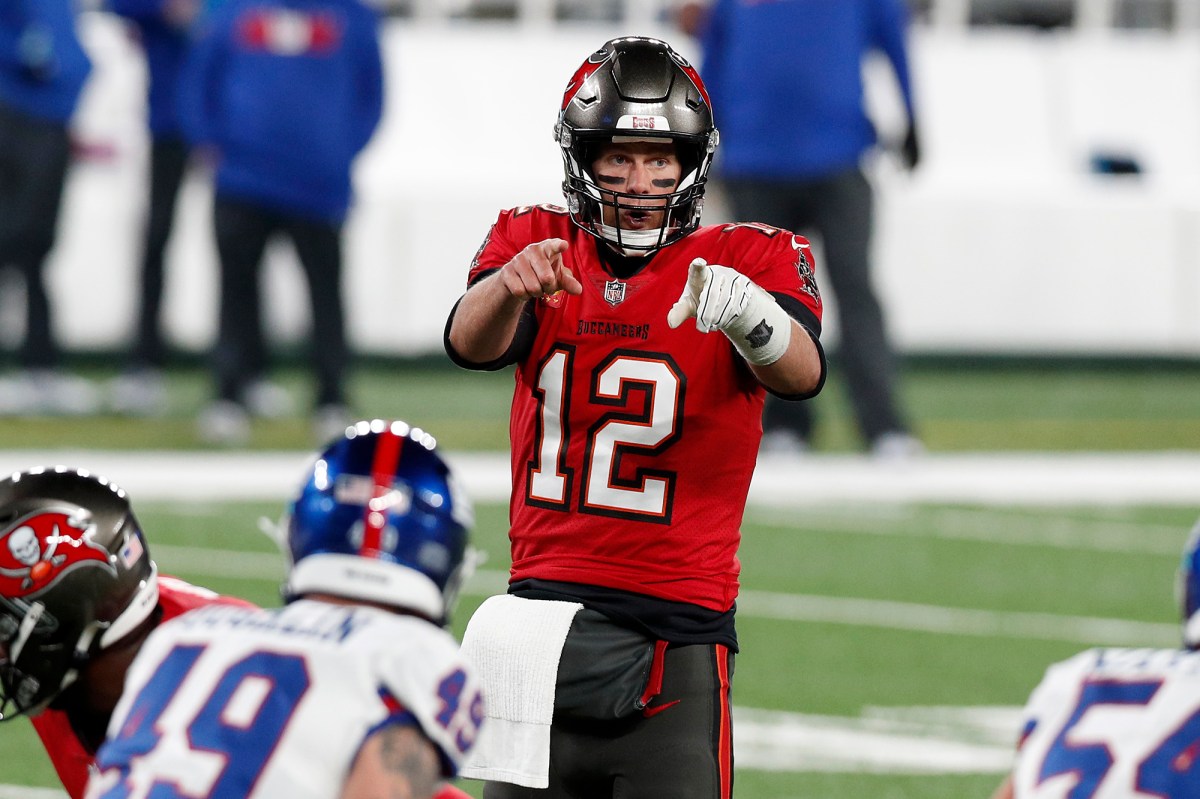 Tom Brady is breaking records off the field as fans clamor to buy his Tampa Bay Buccaneers merch at record levels, The Post has learned.

The star quarterback is officially “the best selling player ever” for the two-week period leading up to the Super Bowl on Sunday, according to sports licensing firm Fanatics, which operates NFL.com’s e-commerce store.

“We are seeing record-breaking sales from Tom,” Jack Boyle, Fanatics’ co-president of consumer retail for Fanatics told The Post.

Super Bowl LV, set to kick off on Feb. 7, marks Brady’s 10th appearance at the closely watched game. It will be his first Super Bowl with the Tampa Bay Buccaneers, however. He signed with the team in April following a 20-year run with the New England Patriots.

And while jersey sales typically spike leading up to a big game, especially for a new player, Fanatics says sales for Brady’s merch is still exceeding expectations.

The spike in sales “was to be expected,” said NPD Group sports analyst Matt Powell. “Any time a high level player moves to a new team, their jersey sales jump.”

But Fanatics says demand for Brady’s #12 jersey, T-shirts and other items now account for half of all of merchandise sales for the Tampa Bay team.

“It’s a phenomenon we have never seen before,” Boyle said. Top players typically account for 20 percent of a team’s sales, never half, he added.

Fans in Tampa and Orlando account for the lion’s share of the sales, while New Yorkers and Bostonians rank number three and four respectively in scooping up Brady gear.

The Buccaneers haven’t won a Super Bowl since 2003, which is helping to drive excitement, Boyle said.

Brady’s opponent Patrick Mahomes of the Kansas City Chiefs had been the best selling player during the regular season, but he was knocked off his perch when the Buccaneers clinched their spot in the Super Bowl.

Brady’s black Buccaneers’ jersey, which sells for $120 a pop for men, was out of stock on on Fanatics.com on Tuesday, as was the $100 women’s white jersey.

Demand is only expected to soar after the Super Bowl, which is when fans most like to show their love for their favorite teams — even the losers, Boyle said.

“We are preparing for both teams’ championship and we anticipated Tampa Bay’s sales would be higher,” he said.