Toys ‘R’ Us comeback effort squeezed by the pandemic

Toys ‘R’ Us comeback effort squeezed by the pandemic 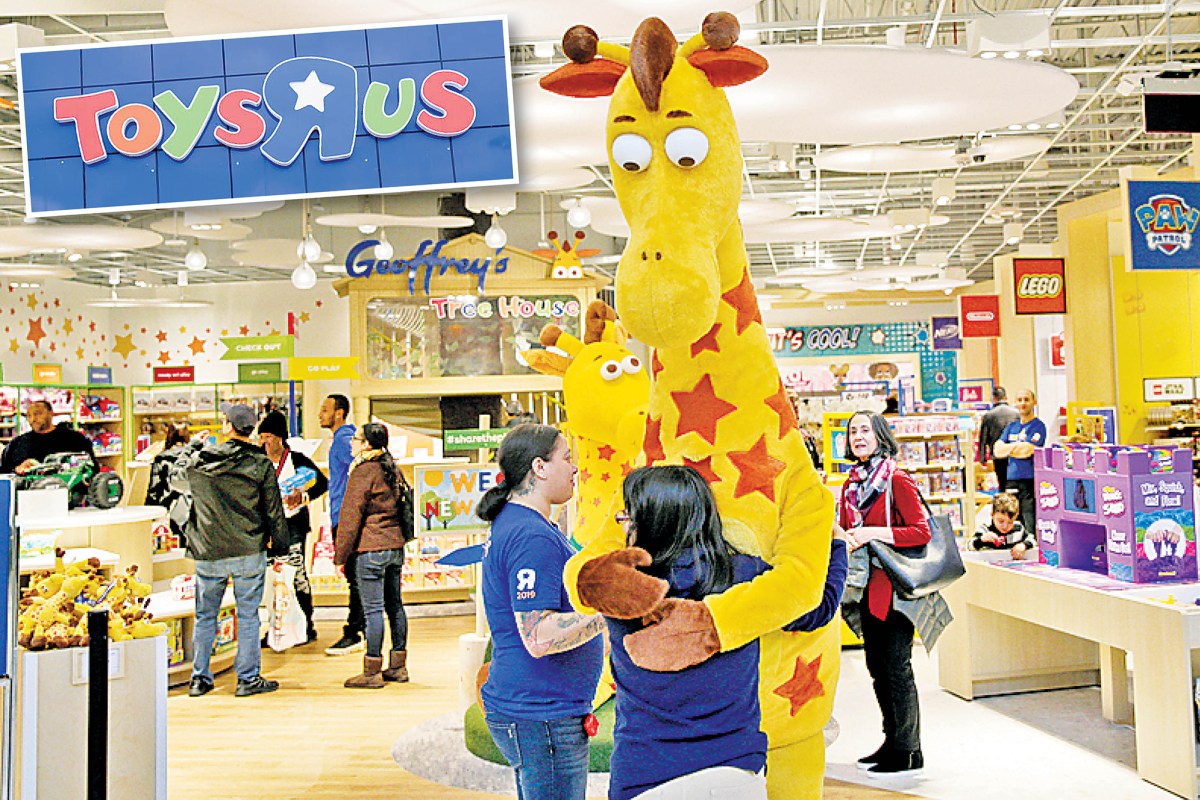 Geoffrey the giraffe is homeless — again.

Toys R Us has closed its only two US stores as the pandemic continues to rock retailers. It still has an online presence — selling through Amazon — and a smattering of stores in Asia, Europe and Canada.

But the US store closures, which come amid soaring toy sales, mark the latest in a sad chapter for the iconic toy seller founded in Washington, DC, by Charles Lazarus in 1957. The once uber popular retailer had been trying to make a comeback after its 2017 bankruptcy forced it to close its 700-plus US locations.

The recently closed stores — at the Houston Galleria mall and at the Westfield Garden State Plaza mall in Paramus — had barely been open for little more than a year before they were shuttered on Jan. 15 and 26, respectively, the company told The Post.

“As a result of COVID, we made the strategic decision to pivot our store strategy to new locations and platforms that have better traffic,” a spokesperson for the company said in a statement. “Consumer demand in the toy category and for Toys R Us remains strong and we will continue to invest in the channels where the customer wants to experience our brand.”

The store closures couldn’t have happened at a better time for toy sales, which grew by 16 percent to $25.1 billion in 2020 — fueled by the pandemic’s lockdowns. But shopping malls, where the stores were located, have been hard hit by COVID-19.

Toys R Us still has an online presence. Parent company Tru Kids inked a deal with Target in 2019 that redirected Toysrus.com customers to Target.com, but the deal ended last year. Now Toysrus.com sales are completed by Amazon.

And the company could still attempt to open new US stores, although not likely in malls as the spokeswoman’s statement suggested. Before its 2017 bankruptcy, most of its massive stores had been freestanding locations where parents could let their children play with the floor sample displays.

At its peak in the 1990s, Toys R Us had 1,400 stores, controlling 25 percent of the global toy market. It was listed as the 22nd largest private company in 2017 with $11.5 billion in sales, according to Forbes. But it filed for bankruptcy that same year as it struggled to innovate under a mountain of debt accumulated by its private equity investors.

The demise of the chain sent the toy industry into a two-year tailspin as manufacturers struggled to find a new distribution model. Large retailers like Walmart, Target and Amazon have since stepped into the void, which helped fuel last year’s record sales.

Owned by a group of investors who bought the trademark out of bankruptcy, Tru Kids had plans to open 10,000-square-foot stores — or about a third of the size of their former spaces. And Toys R Us still has stores in Asia, Europe and Canada under licensing deals with Tru Kids.

Shoppers are expressing surprise and disappointment at the closures.

“What’s fun about an hour drive to see yall are closed and empty shelves,” one shopper wrote of the Houston store closure, first reported by Toy Book, on the store’s Facebook page.

Another shopped wrote: “Did Ya’ll close all of a sudden and not tell anyone.”