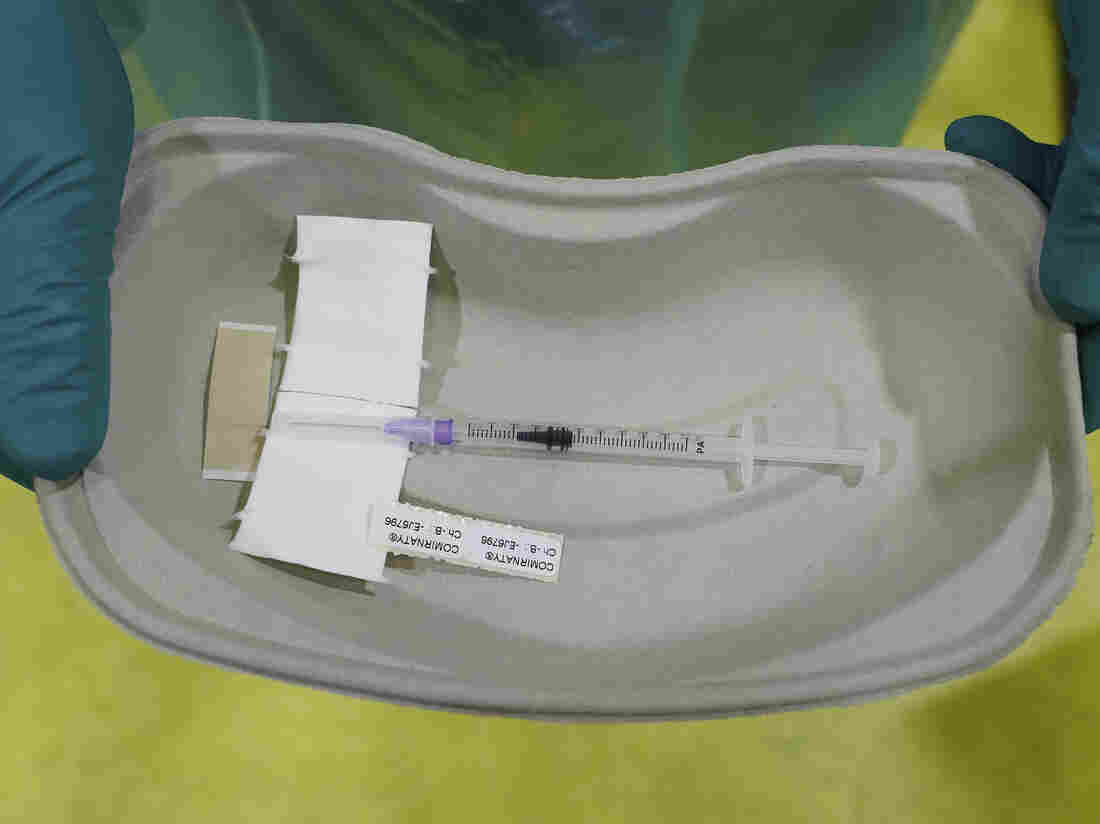 The European Union quickly reversed a decision invoking an emergency provision of the Brexit deal that could have restricted exports of COVID-19 vaccines across the border between Ireland and Northern Ireland. Sean Gallup/AP hide caption

The European Union quickly reversed a decision invoking an emergency provision of the Brexit deal that could have restricted exports of COVID-19 vaccines across the border between Ireland and Northern Ireland.

The European Union reversed a brief decision to try to restrict the export of COVID-19 vaccines across the border from Ireland into Northern Ireland.

European vaccination campaigns have been struggling as supplies of vaccines on the continent have run low. The decision to invoke an emergency protocol of the Brexit deal was seen as an effort to keep supplies from going from the EU to Britain.

But within hours of the decision, which could have put checks on the border between the EU member the Republic of Ireland and British-controlled Northern Ireland, Irish and British officials condemned the move.

Johnson and Irish Prime Minister Micheál Martin each quickly spoke with EU Commission President Ursula von der Leyen. Von der Leyen then wrote that she and Johnson “agreed on the principle that there should not be restrictions on the export of vaccines by companies where they are fulfilling contractual responsibilities.”

The EU Commission wrote that it would not trigger the protocol, but warned: “Should transits of vaccines and active substances toward third countries be abused to circumvent the effects of the authorisation system, the EU will consider using all the instruments at its disposal.”

“They have recognized they have made a mistake and I believe we can now concentrate on making sure that our vaccine program is successful,” Michael Gove, a British Cabinet minister, told Sky News.

Prime Minister Martin called it “a positive development given the many challenges we face in tackling COVID-19.”

“The Protocol is not something to be tampered with lightly, it’s an essential, hard won compromise, protecting peace and trade for many,” Irish foreign affairs minister Simon Coveney tweeted.

The politically sensitive border between Ireland and Northern Ireland was a major sticking point in Brexit negotiations between the U.K. and EU.

Per the Brexit deal, the border was remained open but an emergency provision allows for either the U.K. or EU to unilaterally suspend parts of the deal.