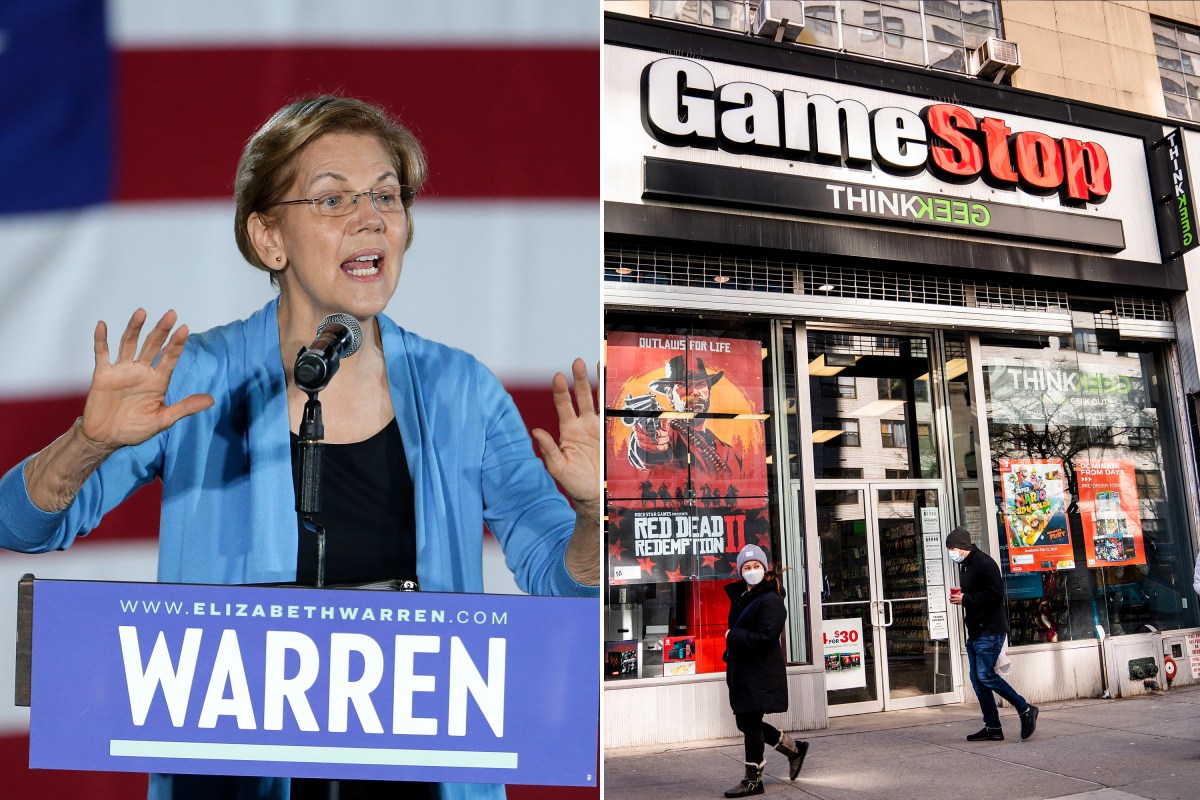 Sen. Elizabeth Warren on Friday asked the Securities and Exchange Commission to investigate the recent boost in GameStop stock price that was driven by calls for ordinary people to punish hedge funds.

The Massachusetts Democrat raised the possibility that the stock rally, described as a populist rebellion against Wall Street, actually could be driven by “scam artists executing a ‘pump-and-dump’ stock scheme.”

“I am deeply concerned that these casino-like swings in the value of GameStop and other company shares are yet another example of the gamesmanship that interferes with the ‘fair, orderly, and efficient’ function of the market,” Warren wrote in a letter to acting SEC Chairwoman Allison Lee.

“I am writing to seek information on how the SEC intends to address these concerns and prevent these and future incidents of potential market manipulation.”

An SEC statement this week that the stock overseer was reviewing the market battle, along with stock-trading platform Robinhood’s decision to restrict trades, infuriated people on all sides of the political spectrum from leftists to right-wing populists, who said the government should instead focus on the stock-shorting hedge fund profiteers.

The unprecedented stock-market struggle was sparked by small-dollar investors who banded together on a Reddit forum to buy shares of the troubled video game retailer and reap financial windfalls from hedge funds that were “shorting” the stock, or using an investing strategy that rewards them if the value decreases.

The hedge funds incurred significant losses by predicting declining value for GameStop. Instead, the stock value of GameStop soared, forcing the hedge funds to pay the new investors the difference.

Warren, a Senate Banking Committee member and 2020 Democratic presidential candidate, wrote that she was concerned about all aspects of the struggle, including Wall Street “shorting” of stock and the GameStop backlash.

“These wild fluctuations are just the latest indication that many private equity firms, hedge funds, and other investors, big and small, are treating the stock market like a casino, giving little consideration to the companies, communities, workers, and consumers that may be affected by these risky bets. The recent chaos reveals a clear distortion in securities markets, with benefits accruing to investors that do not clearly benefit the company’s workers, consumers, or the broader economy.”

Warren continued, quoting from a Washington Post article, “With many of these traders ‘cloaked in anonymity, there is no way of knowing whether messages touting GameStop come from average Joes – or scam artists executing a ‘pump-and-dump’ stock scheme.’”

Warren is considered a leader among progressive Democrats but is controversial among the left wing of the party for refusing to drop out of last year’s Democratic presidential primary.