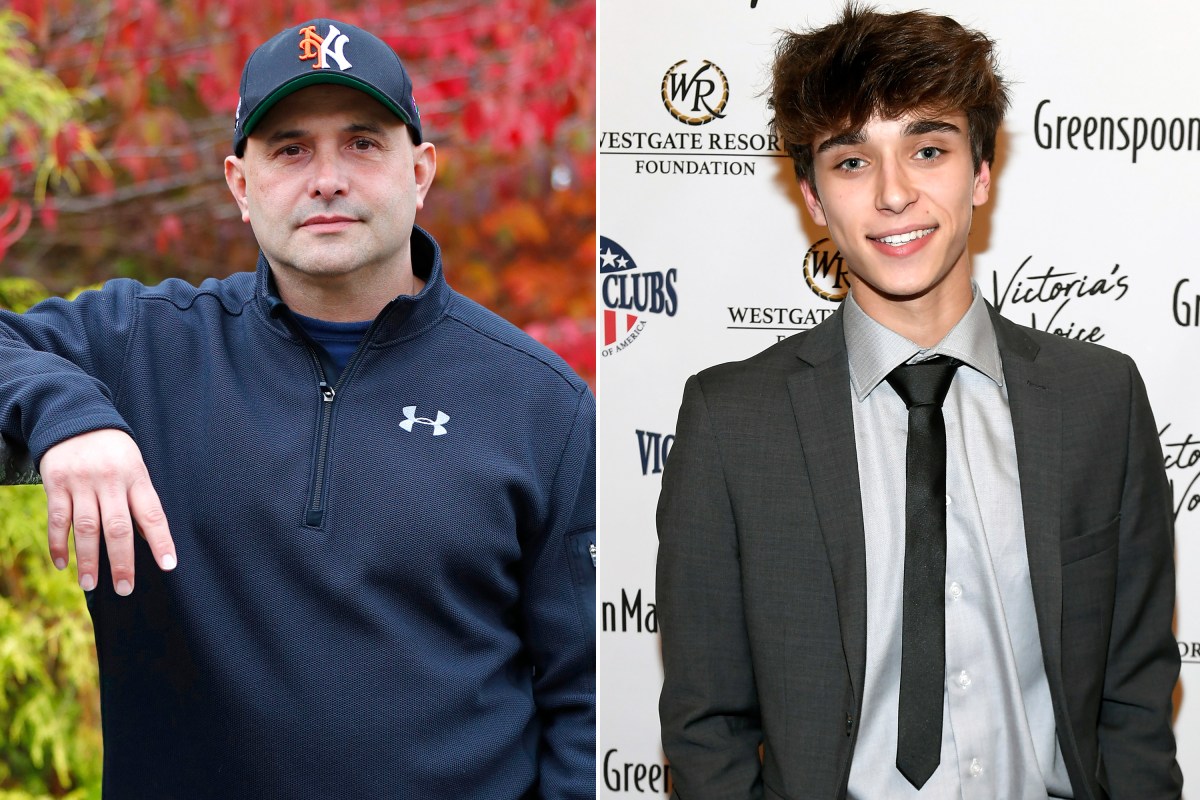 In an effort to tap into a younger, divergent demographic, WFAN’s “Carton & Roberts” show is adding TikTok superstar Josh Richards to its Friday lineup.

“He’s going to walk us through his world, and we’re going to walk him through ours, and the combination is going to be entertaining,” Craig Carton exclusively told The Post of the Gen Z crossover. “We’re just trying to extend the reach we all have collectively to newer and bigger audiences.”

The 20-minute segment, which will kick off weekly at 5 p.m., launches next Friday.

“I’ve known Josh for a while now. I have a daughter who is a sophomore in college and a son who is a freshman, and I am a very immature adult. So between my kids and myself, I would be foolish to not be aware of what’s going on. There’s no such thing as traditional media anymore, so guys like Josh who created a name for himself is a natural extension of what we do,” said Carton, 51.

Roberts, 37, added that his wife is also a big fan of the floppy-haired teen heartthrob.

Richards, who turns 19 on Sunday (also Carton’s birthday), rose to fame making dance and lip-synching videos on TikTok, where he now has 24 million followers. The Toronto native lives in Los Angeles, and was part of the “Sway House,” which is a collective of young, photogenic TikTok influencers showcasing their regular workouts, dramas and teenage hijinks.

But Richards has journeyed far beyond lip-sync videos and flexing his six-pack abs. Among his many business ventures, he’s an angel investor and has co-founded TalentX, an agency representing internet stars. In October, he launched an odd couple podcast with Barstool Sports founder Dave Portnoy called “BFFs.”

“I would say it’s more a calculated move,” he said of joining forces with Carton & Roberts.

“I am a huge fan of sports, and have been an athlete myself. And this world of Barstool and Craig, it’s an opportunity that I’ve always wanted when I was a kid,” said Richards, who roots for Toronto franchises and the Buffalo Bills.

Carton said the segment will be “a conversation among guys who like sports” and will cover both on-and-off-the-field topics.

And Richards will not only bring a youthful audience, but also a unique perspective since athletes — including New Jersey Devils star P.K. Subban and numerous University of Alabama football players — regularly seek him out on social media.

“A lot of these college players are still kids, so they want to have a good time, come to LA, maybe film [videos] and hang out,” said Richards.

To round out their symbiotic partnership, Carton and Roberts will be also creating their own TikTok account. Richards promises he’ll coax the duo into performing “renegade,” the viral dance popularized on the platform in 2019.

“We’ve been practicing the Macarena and line dancing,” Carton cracked. “We’re all in the business of trying to entertain people. At times it will be self-deprecating.”

As for Carton’s older, more conservative listeners, he predicts Richards will be a hit.

“I think they’re going to love it. It’s going to be entertaining,” Carton said. “Life is hard for people. When they download us or put us on, we’re trying to put a smile on their faces.”