Nothing could keep Larry King off TV: ‘They’re gonna have to carry me out’ 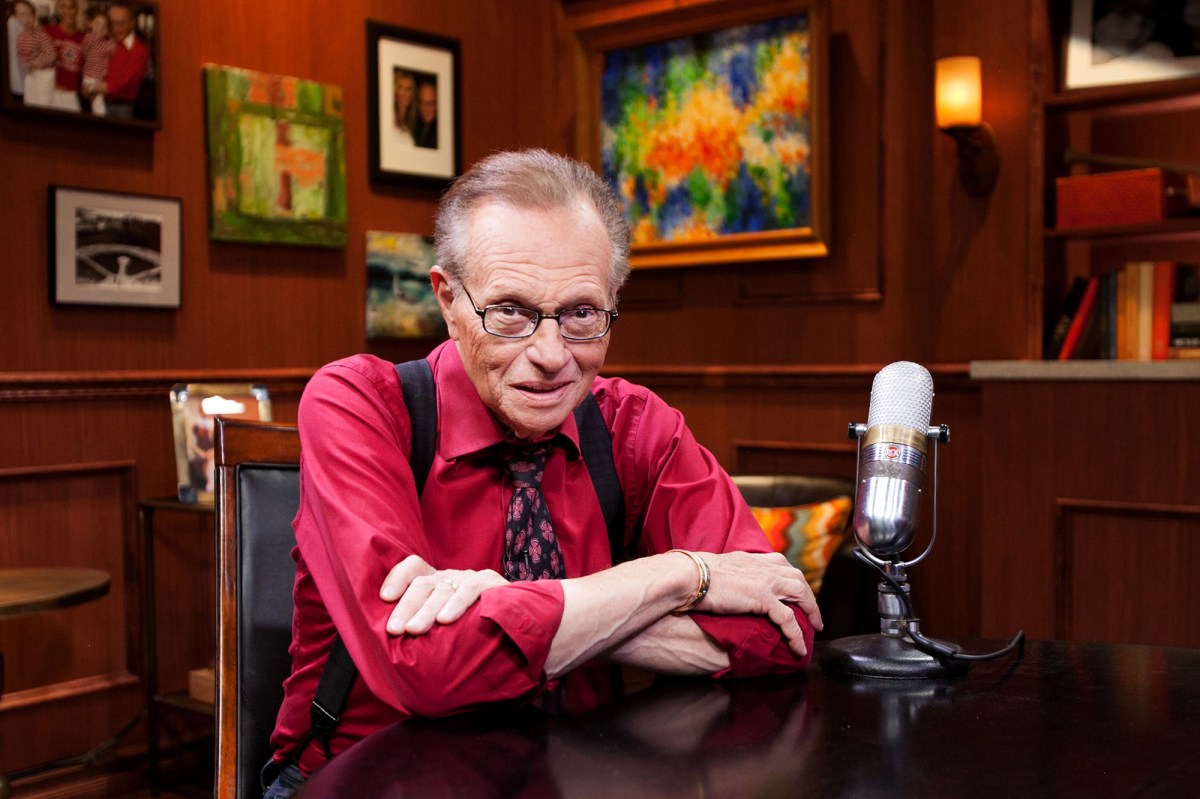 It was two short months after he’d undergone surgery for lung cancer.

“They’re gonna have to carry me out,” King told me, defiantly refusing to let anything deter him from doing what he loved best: interviewing people on television.

“It’s been ups and downs, and there have been better years, but on the good side, I’ve got my health back and I keep feeling good, keep working.”

It didn’t matter to Larry that he was years removed from his salad days on CNN, where he regularly drew over 1 million viewers per night on “Larry King Live” — big numbers for cable. That interview show, featuring an eclectic mix of serious newsmakers, celebrities and authors — Larry was nice enough to have me on the show in 2003, when I’d written a book about Rat Packer Joey Bishop — helped put CNN on the map during his 25 years hosting the show (he departed in 2010). He became something of a cultural icon, with his big glasses, his suspenders and that clunky/funky microphone separating him from his guests as he leaned in to ask questions or took calls from viewers: “Akron, Ohio — hello!” In one memorable “Larry King Live” moment in 1994 his guest, quirky Marlon Brando, leaned in and kissed Larry on the lips.

I can’t imagine that happening to any other TV interviewer.

But King was a showman at heart, and he loved it all. He wasn’t always treated kindly by the medium he loved: he was parodied several times on “Saturday Night Live,” criticized by his broadcasting brethren for lobbing softball questions, for appearing (as himself) in dozens of movies, for lending his name to countless book blurbs and for carving out a second career hosting cheesy infomercials dressed up as faux news programs. He didn’t care. It kept him in the spotlight and on the small screen, his second home. (Or maybe his third home: when I watched the Mets play the Dodgers in LA, there, inevitably, was Larry, seated behind home plate — within camera view, of course.)

Larry didn’t allow CNN to be the final chapter of his broadcasting career, signing on to digital network Ora TV in 2012 to host “Larry King Now,” a close facsimile to “Larry King Live” — and, yes, all the big names showed up for Larry there, too. He was that big.

“I started on radio and did TV, satellite TV and I’m now on the Internet,” Larry told me. “I love doing it, I love interviewing people and I’m still doing what I did 60 years ago.”

The final decade of his life was a rough one: medical issues, including his heart and a stroke; filing for divorce from his eighth wife, Shawn Southwick; and, last summer, the cruelest blow of all: losing two of his five children within weeks of each other (son Andy King, 65, in July and daughter Chaia King, 51, in August).

For a man already reeling, it was a devastating knockout blow.