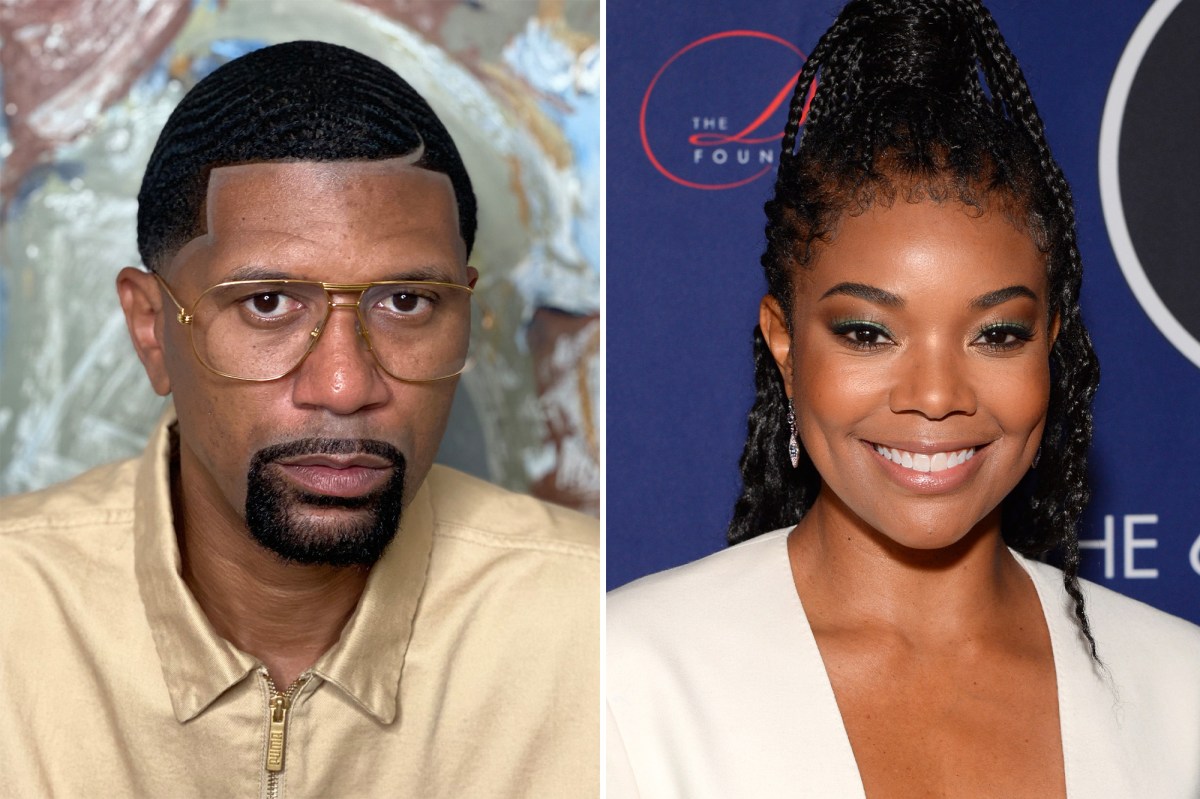 Gabrielle Union is one feisty woman. She is not afraid to be a trailblazer, and to speak her mind, even if it makes people uncomfortable. As my guest on this week’s “Renaissance Man” podcast, she started dishing out some shade that might make fans of “Friends” squirm.

After starring in “Bring It On” and “10 Things I Hate About You,” Gabby appeared on a Season 7 episode in 2001 as new neighbor Kristen, who was being pursued by both Joey and Ross. When I asked her about the experience, she said it was “just a gig,” even though it turned out she was the first African American love interest on the hit show — “the Rosa Parks of Must See TV,” she joked.

“I was aware that it was a popular show, but it just wasn’t poplar with anyone that I personally was friends with,” she told me. “We were watching ‘Living Single,’ we were over on Fox … I think ‘Friends’ was the white version of ‘Living Single.’ You know what I mean? About a group of friends in New York, and actually ‘Living Single’ was first, so ‘Friends’ came after that. I believe it was the success of ‘Living Single’ that spawned ‘Friends,’ not the other way around.”

I always joked that “Friends” was the white “Martin,” and while both our views are viable, I will defer to her because one of us was on the show and it certainly wasn’t me.

Personally my favorite Gabby role was Syd in “Bad Boys II.” Her new show “L.A.’s Finest” is a spinoff of that movie. She plays a cop alongside Jessica Alba and has a lot of saucy sex scenes, which brought me to my next burning question. Married to retired basketball great Dwyane Wade, she is one half of a very visible power couple. So how does he deal with her sex scenes?

“He doesn’t,” she admitted.

“He’ll ask before each episode: ‘Are you naked in this one?’ Sometimes I forget, because we shot this stuff a year ago,” she said. “And we’ll sit there with the whole family, popcorn, and he’s like …”

She has seen people fawn all over him, so I am sure in her mind it’s good to see him a little jealous. But she admitted to her own jealousy when he had a cameo in “What To Expect When You’re Expecting” and he had to do a ballroom dance.

Gabby is now mother to daughter Kaavia, 2, and stepmom to Wade’s three children from his former relationship: Zaire, 18, Zaya, 13, and Xavier, 7. And as she gets older, she says she factors in her family when it comes to showing skin.

“The older boys were like, ‘I am getting murdered at school,’ like with the sex scenes and all that,” she said, adding that as long as she has it, she is going to flaunt it. “Everyone will just adjust.”

Adjusting is something that her family does well. I admire Gabby and Dwyane as a couple because they don’t mind being vulnerable. So many public figures will try to make you believe that everything is rosy in their lives. That’s fake. They have been very open with highly personal issues like their daughter Zaya being transgender, Dwyane’s mother having drug issues and his struggles with his ex. In my opinion, it’s partly how they keep their reputation so pristine.

“We just try to lead with love and transparency and people rock with us … We still screw up and we just lead with that. You aren’t going to be able to tell me or him nothing about us that we haven’t already told you first,” said Gabby, who also wrote a children’s book last spring, “Welcome to the Party.”

They are like ride-or-die Bonnie and Clyde, but instead of going on a crime spree, they go to therapy. Gabby is basically an evangelist for the practice, crediting it for many breakthroughs in her own life.

“I’ve been going since ’92, and it’s honestly the thing that kept me alive.” In fact, she recalled Dwyane telling ESPN’s Rachel Nichols during an interview that he was planning to do therapy when he retired.

After you retire from the NBA, you are a different human being. You’ve been away from your kids and significant other 50 percent of the time. When you are finished playing, there’s a decompression that needs to take place to introduce you to your Clark Kent. Because for all those years, you’re Superman. Gabby was there wearing his jersey, watching him win championships, but she knew that ball was going to stop bouncing.

“That was one of the first things he did, was start going religiously every week. So as a family, we’re just really big on therapy,” she said.

Gabby is so devoted to radical transparency, it inspired me to admit something: I have never watched “Friends.” But given the choice to watch anything from that era, I’m just going to binge “In Living Color,” “Martin” and “Living Single,” which after my conversation with Gabby, I now see in a whole other light.

Detroit native Jalen Rose is a member of the University of Michigan’s iconoclastic Fab Five, who shook up the college hoops world in the early ’90s. He played 13 seasons in the NBA, before transitioning into a media personality. Rose is currently an analyst for “NBA Countdown” and “Get Up,” and co-host of “Jalen & Jacoby.” He executive produced “The Fab Five” for ESPN’s “30 for 30” series, is the author of the best-selling book, “Got To Give the People What They Want,” a fashion tastemaker, and co-founded the Jalen Rose Leadership Academy, a public charter school in his hometown.