Democrats Drafting Bill To Prevent Anything Being Named After President Trump 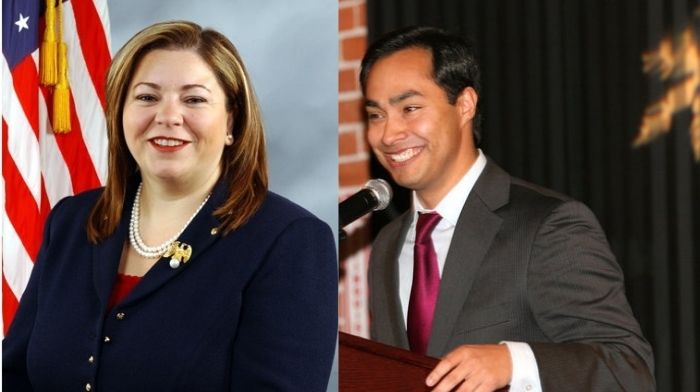 As Democrat lawmakers celebrate their vote to impeach President Trump a second time, several of those lawmakers are attempting to take things one step further.

Representatives Linda Sanchez (D-CA) and Joaquin Castro (D-TX) are working on a bill that would prevent the naming of anything – including schools, highways, or federal buildings – after the 45th President.

Sanchez claimed that her presence in the House Chambers last Wednesday as violent protests broke out in the Capitol building is the catalyst for drafting the legislation.

“I am working on a bill that would mean that nothing-not even a bench, no airport, no highway, no school-nothing-ever bear the name of this traitor.”

Rep. Linda Sánchez Doesn’t Want Anything — ‘Not Even a Bench’ — Named After Trump After Riot​ https://t.co/ng0jYfWp2k

In a statement, Congressman Castro said that, “President Trump incited and insurrection that damaged some of our nation’s most significant and sacred federal property. Donald Trump should never become a future generation’s confederate symbol.”

In addition to supporting the impeachment and removal of Donald Trump, I am also preparing legislation that would prohibit any federal building or property from being named after President Donald J. Trump.

Sanchez claims that, the night before the protests, she called her husband to tell him where her will was. The security alerts came around 1:15 pm on Wednesday afternoon.

In an interview with “People” Magazine, Sanchez says that, “Something told me, ‘You better leave.’”

Both Sanchez and Castro voted for the second impeachment of the president.

In addition to calling Trump a “traitor,” Sanchez went on to say, “I don’t think he deserves any of the benefits that are conferred on prior presidents. I don’t believe that a seditious occupant of the White House should ever have anything named after him.”

If Not Impeachment, Then The 25th Amendment

Sanchez is also among a number of Congressmen and women who would like Trump removed via the 25th Amendment, which would strip the president of his powers.

However, she says she is not optimistic of that prospect. “Given that those around Trump have never stood up to him, I have a hard time believing that they will meet this moment with the, with the appropriate response. So we have also signed onto articles of impeachment to try to remove him.”

Julian Castro, Brother of Joaquin and former presidential candidate,  is in total agreement with his twin. he tweeted out, “I gave him that idea.”

I gave him that idea. https://t.co/BAroYHCrM1

Both Castro brothers, natives of Texas, have also called for Texas Senator Ted Cruz (R-TX) to resign due to his and other Republican legislators objections to last week’s electoral college certification.

“He has conducted himself shamelessly, and I think he has done this because he believes it’s the only way, the only chance, the only chance he has to win the Republican nomination for president.”