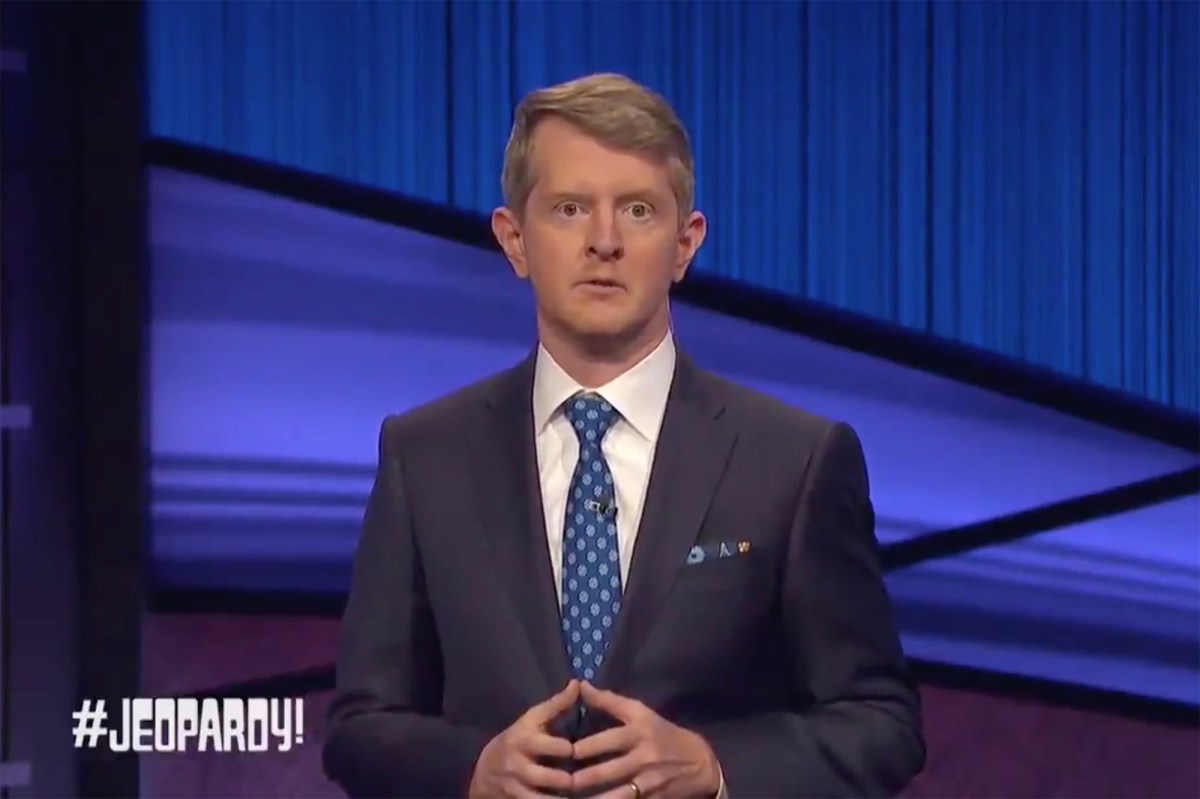 The first “Jeopardy!” episode since Alex Trebek’s death aired Monday, with Ken Jennings, introduced as the first in a series of interim guest hosts, barely able to hold back tears when speaking of the late host.

“Sharing this stage with Alex Trebek was one of the greatest honors of my life,” he said Monday during the show’s opening.

Even without the man who brought the wit and poise to the show for nearly 37 years, “Jeopardy!” went on business as usual Monday. Jennings, who holds the record for the longest “Jeopardy!” winning streak, opened the show with a monologue dedicated to Trebek — nearly choking up in the process.

“Not many things in life are perfect, but Alex did this job pretty much perfectly for more than 36 years — and it was even better up close,” he continued. “We were dazzled by his intelligence, his charm, his grace — really, there’s no other word for it.”

“Like all ‘Jeopardy!’ fans, I miss Alex. Very much. And I thank him for everything he did for all of us,” he added.

Jennings, however, said that the show had to go on — despite Trebek’s death in November at 80 after a battle with pancreatic cancer — since there are tens of millions of fans “who love this show.” Trebek’s emotional last episode aired Friday, filmed just 10 days before he died. The episode included a montage of Trebek’s greatest moments over the years, which moved many fans to tears.

“Let’s be totally clear: No one will ever replace the great Alex Trebek, but we can honor him by playing the game he loved,” he concluded, before getting into Monday night’s game.

But it was not lost upon the 74-time champ that fans would rather see Trebek man the buzzer, as he did for more than 8,200 episodes since 1984.

“Honestly, I’m with the audience,” the 46-year-old said in a promo released before the show. “I don’t want me out here. I want to see Alex out here. I know exactly how they feel when they see anybody else behind this lectern.”

“I’m just happy to fill in and help out,” Jennings, who won the title of Greatest of All Time last year, said.

Fans seemed to agree after watching Monday’s episode, writing: “Watching it right now and I’m not going to lie but it feels weird” and “Wow. This is gonna take some time to get used to.”

Jennings has served as a consulting producer for “Jeopardy!” this season, which saw him present special video categories, assist with contestants and other aspects of the show. He’s first up in “a series of interim guest hosts from within the ‘Jeopardy!’ family,” which also possibly includes Katie Couric.

While Jennings said it was “surreal” to be hosting the show, Trebek gave him some advice if he were ever to replace him as host in any capacity.

“I spoke to him on the phone actually the weekend he passed and he was — he was frail but he was still very much Alex,” Jennings said on “Good Morning America.” “I remember him just being very confident in me to be a guest host if he ever needed that.”

Rumors have swirled that Jennings was being “groomed” to take over the show, and his name was tossed in the ring as a potential permanent replacement — fueled further when he preemptively apologized for past “insensitive” tweets ahead of his hosting debut. He’s also the host of new series “The Chase” along with his fellow “Jeopardy! The Greatest of All Time” tournament competitors James Holzhauer and Brad Rutter.

But Jennings said in that last conversation, Trebek reminded him that “the host is not the star of ‘Jeopardy!’ ” noting that the beloved host “always made it about the players and about the competition.”

“It’s just hard to imagine that in the TV landscape today, a star of his size saying, ‘Hey, the game is not about you’ — but that was great advice.”