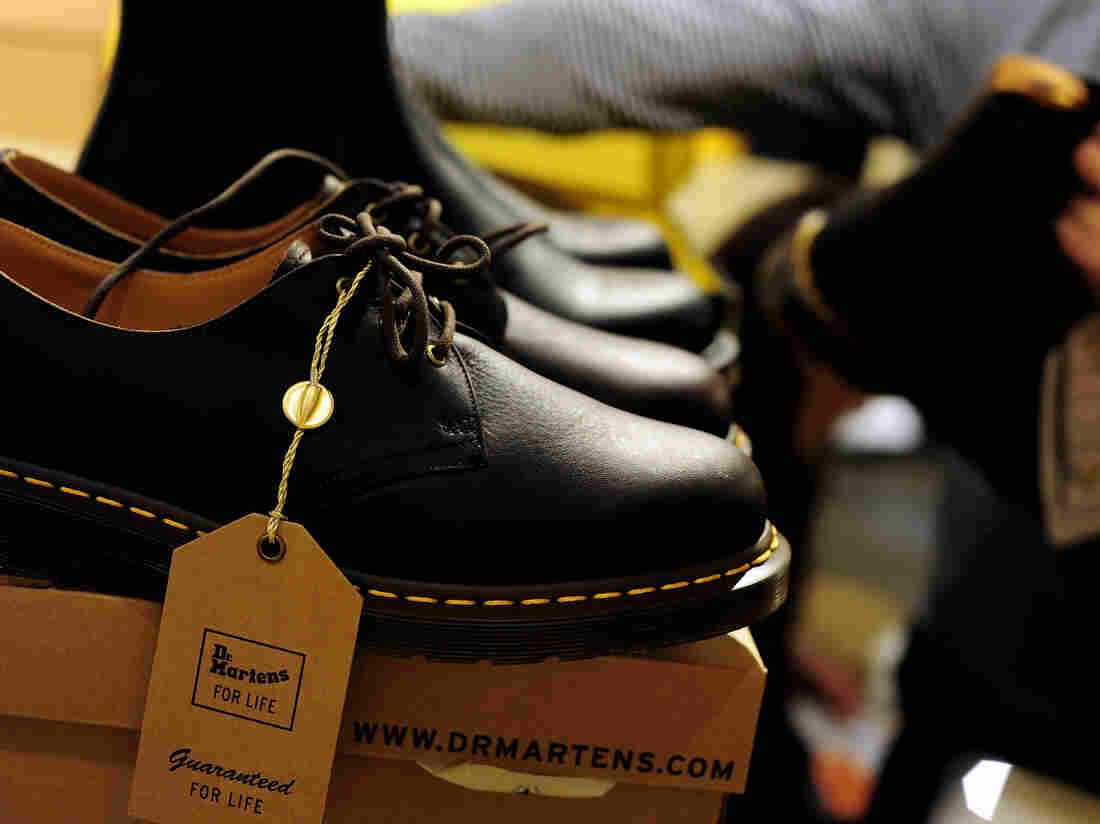 A general view inside the Dr. Martens central London store in 2010. The company sells more than 11 million pairs a year in more than 60 countries. Gareth Cattermole/Getty Images hide caption

A general view inside the Dr. Martens central London store in 2010. The company sells more than 11 million pairs a year in more than 60 countries.

The owner of Dr. Martens, the famed British footwear brand, is planning an initial public offering on the London Stock Exchange, according to a filing on Monday.

Private equity owner Permira is expected to sell at least 25% of the business. The brand, which evolved into a symbol of rebellious youth culture, has continued to thrive during the coronavirus pandemic. Dr. Martens sells more than 11 million pairs a year in more than 60 countries.

The boot, which became a counterculture style icon in the 1960s, was created in 1945 by a former German soldier, Dr. Klaus Maertens. According to the company’s official history, he designed a prototype with an air-cushioned sole to help his broken foot heal. Larger-scale production began two years later, and, because of its comfort, the company says, the shoe was initially popular with “older women.”

In 1960, England’s Griggs family, who were shoe manufacturers, bought exclusive licensing rights to the boot and began selling it to mail carriers and factory workers.

The image of the workaday boot began to change when skinheads decided to sport them in the 1960s. Soon after, The Who’s Pete Townshend began wearing them to emphasize his own working-class pride — and the Doc Marten was on its way to becoming a cultural symbol.

In the ensuing decades, various youth tribes embraced the boot, including punks and early goths as well as schoolgirls, American grunge musicians and celebrities including Drew Barrymore, Miley Cyrus and Gigi Hadid.

In the early 2000s, however, sales declined so much the company had to close factories to avoid bankruptcy.

There have been some concerns about quality. In Britain’s Guardian newspaper, some readers complained in 2019 about soles and stitching coming off, and suggested the problems were the result of offshoring manufacturing to China. But Permira insists quality standards have not changed since the original owner, R. Griggs Group, moved production of the boot from England to China more than a decade and a half ago.