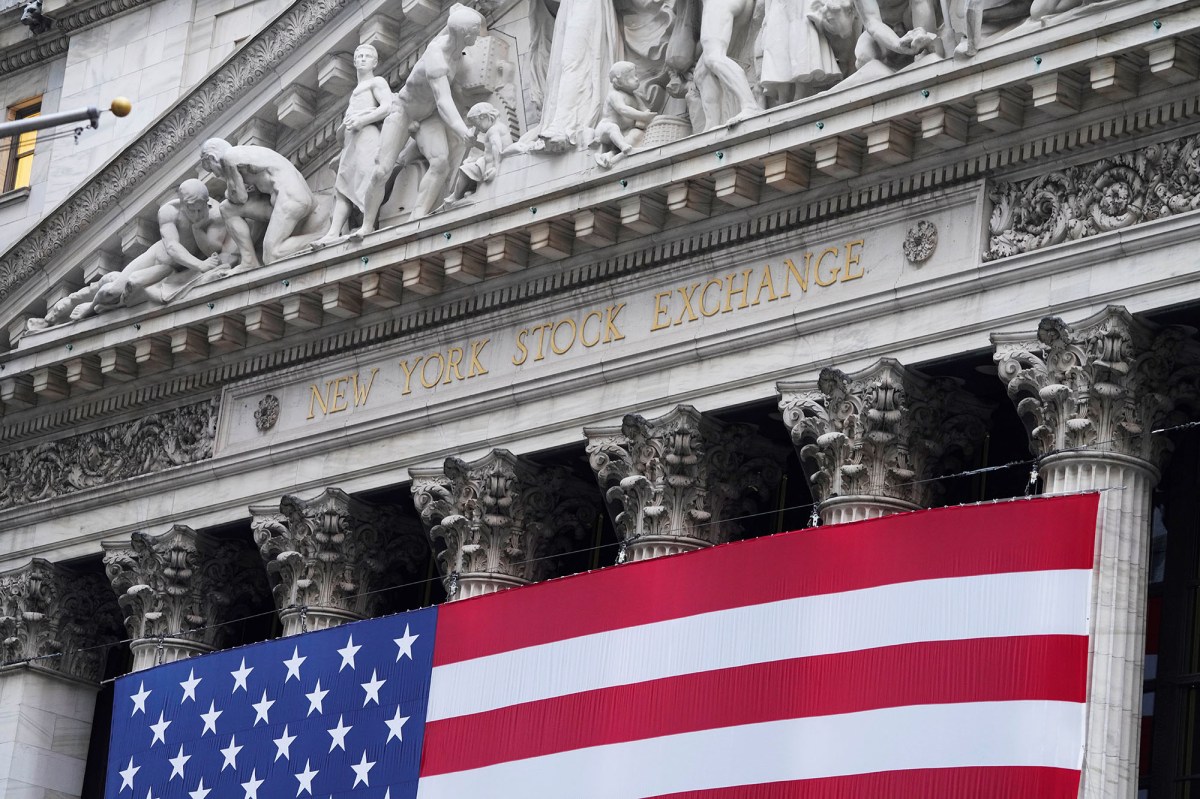 The Dow Jones industrial average closed at an all-time high on Wednesday as investors brushed off the madness unfolding in DC to focus instead on the prospect of more stimulus funding to boost the economy.

The Dow ended the day up 437.80 points, or 1.4 percent, to a record 30,829.40. Earlier in the day it had soared even higher, by more than 600 points, before falling back somewhat as a mob of Trump supporters stormed the US Capitol to protest Joe Biden’s Electoral College win.

Investors were buoyed throughout the day by signs that the Georgia runoff election would put Democratic in control of the Senate, clearing the way for Congress to OK more coronavirus stimulus to hurting Americans and small businesses.

Democrats cinched control of both chambers of Congress on Wednesday afternoon when Jon Ossoff, 33, officially unseated GOP Sen. David Perdue (R-Ga). Rev. Raphael Warnock had been declared a winner in his race against one-term Republican Sen. Kelly Loeffler (R-Ga.) hours earlier at around 2 am.

Investors managed to remain focused on what that might mean for the economy even after the US Capitol was breached by protestors who pushed past police into the building where hundreds of lawmakers were assembled, including Vice President Mike Pence.

Explosive devices were found and at least one woman was shot.

“A lot of dark days for America have been steady for the stock market,” explained George Pearkes, global macro strategist for Bespoke Investment Group. “You need more than something like this to shake the implicit theory of the market.”

“If a church burns down, that doesn’t make everyone in the church an atheist,” mused Pearkes. “It takes more than one bad day in Washington. And this was one very bad day.”

Only the Nasdaq closed down for the day, falling 0.6 percent to 12,740.79 on fears that a Democratic-controlled Congress could lead to more calls for regulation. Tech stocks would also face greater competition from beaten-down cyclical stocks as the economy recovers.

Bank stocks, meanwhile, soared to life on hopes that higher interest rates will help boost their coffers. The yield on 10-year Treasury bonds popped over 1 percent on Tuesday. Wells Fargo rose 7 percent to $32.69 a share while Bank of America popped 6 percent to $32.15 a share.

But the biggest winner on Wednesday were pot stocks on hopes that a Democratic-controlled Congress would be more amenable to the legalization of marijuana, giving the industry access to banking and new forms of capital.

“It’s all about Georgia,” said Matt Karnes of cannabis research firm GreenWave Advisors. “Momentum is building and its evident that legalization will happen sooner than later.”

Shares in Canadian marijuana producer Tilray soared more than 24 percent before closing up 13 percent to $10.77. In after markets trading it soared another 8 percent.

Edmonton-based Aurora Cannabis popped 15 percent before paring back gains to close up 5.8 percent to $10.27 a shares. Ontario’s Canopy Growth got almost 16 percent higher before ending up 11.5 percent to $30.17 a share.