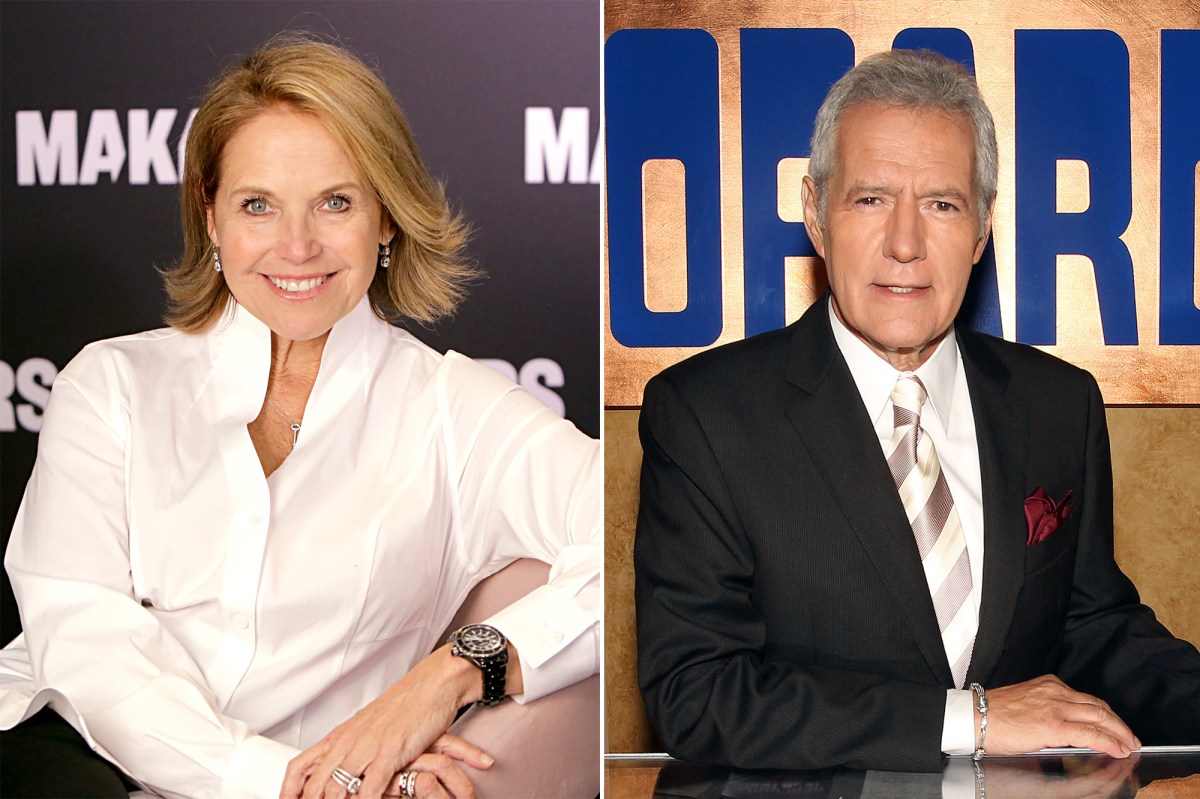 Katie Couric will be one of the first hosts to take the podium after the late Alex Trebek’s final episodes air this week.

The longtime network television powerhouse will guest host the game show for a week, sources told the Los Angeles Times.

Couric did not respond to The Post’s request for comment on the hosting role. But the show has announced plans to have guest hosts lead the show until they find a permanent replacement. Former “Jeopardy!” champ Ken Jennings has been booked for one of the guest-hosting slots.

The news comes as Trebek will appear for the last time on the long-running show on Friday’s episode. The beloved host died in November at 80 after a battle with Stage 4 pancreatic cancer.

On Monday night’s episode, Trebek delivered a powerful message about togetherness and giving.

“You’ll recall that about a month ago, I asked all of you to take a moment to give thanks for all of the blessings that you enjoy in your lives,” he said. “Now, today, a different kind of message. This is the season of giving. I know you want to be generous with your family, your friends, your loved ones.”

He continued on with a challenge for fans who have watched the show he hosted for more than 8,200 episodes.

The episode, which was filmed in October, ended with a dedication to Trebek reading: “Forever in our hearts, always our inspiration.”

His final episode will include “a special tribute to the life and work of the man who captained America’s Favorite Quiz Show with skill, style, and sophistication for 36+ years,” according to a statement from “Jeopardy!” producer Sony Pictures Television. The last week of episodes was scheduled to air during the week of Christmas, but Sony pushed them back so fans could enjoy their final moments with Trebek.

Couric, 63, anchored NBC’s “Today” from 1991 through 2006, then moved on to anchor “CBS Evening News” and start her own media company. She also became a fierce advocate for cancer screenings and research, having lost both her first husband and her sister to cancer.