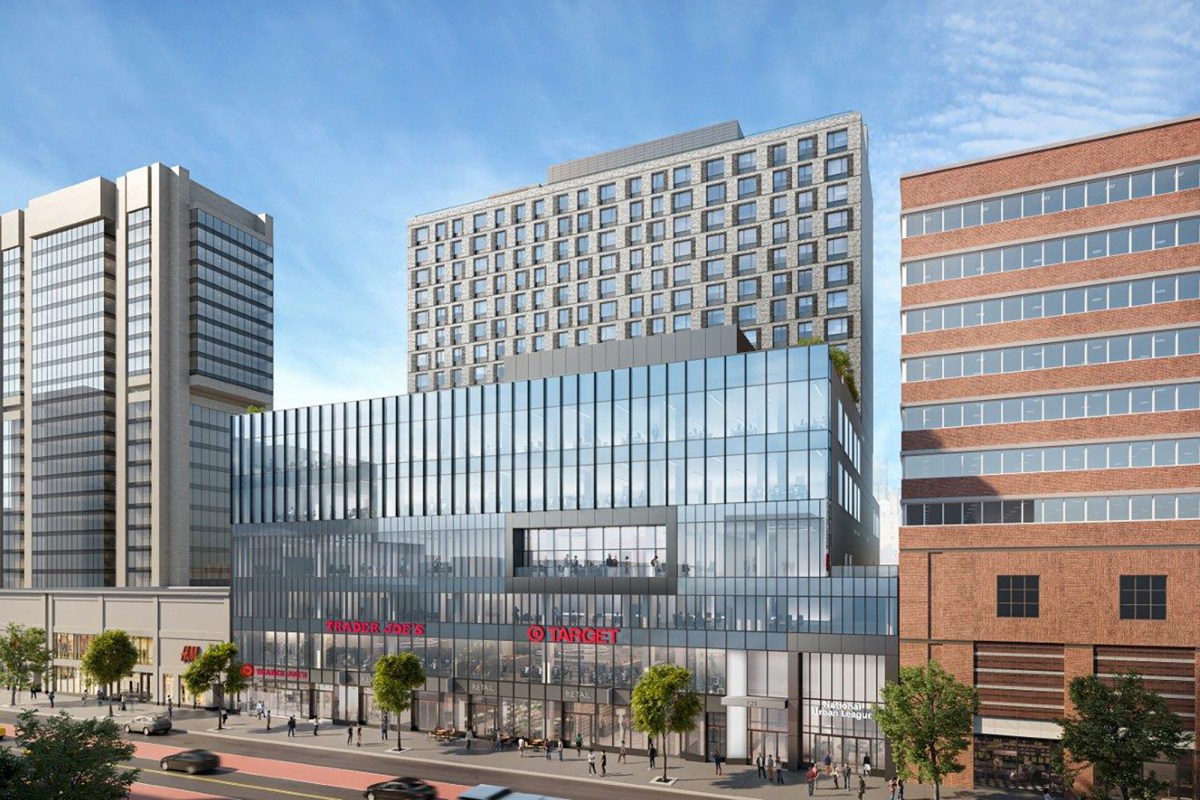 The popular, fresh goods-driven grocery chain will open a 28,000-square-foot store at 121 W. 125th St. — the 17-story Urban League Empowerment Center development set to open in 2023, The Post has learned.

The surprise lease signing adds Trader Joe’s to a Harlem retail renaissance that has brought major national brands to the neighborhood — especially on historic 125th Street. Target is coming to the same building as Trader Joe’s. A massive Whole Foods and Burlington Coat Factory opened three years ago at the corner of Malcolm X Boulevard. also known as Lenox ­Avenue.

The upscale arrivals drew flak from some anti-gentrification activists, but mostly won over locals who were delighted to have better shopping options. After 25 years Fairway at 12th Avenue flopped when the company went bankrupt.

The Urban League mini-tower between Malcolm X and Adam Clayton Powell Jr. boulevards is one of many ambitious Harlem projects that are bravely underway despite the pandemic. They include Extell’s planned office tower at 180 E. 125th St., a nearly finished Marriott Hotel near the Apollo Theater, and a new Studio Museum in Harlem now under construction.

Demolition of small, older buildings is underway and construction is to start this year.

The Trader Joe’s lease appears to have been done swiftly. A poll in 2019 conducted by thecuriousuptowner.com found that 91 percent of Harlem residents wanted a Trader Joe’s.

As recently as last May, the blog reported, “There is no concrete sign the grocer has any plans to open in ­upper Manhattan.”

In a statement, California-based Trader Joe’s linked the Harlem opening to its diversity goals. “We are focusing on neighborhood diversity as an important factor in selecting new store locations,” it said. Company spokesperson Kenya Friend-Daniel echoed, “We look forward to serving Harlem, a community rich in culture and diversity.”

The development team includes The Prusik Group, BRP Companies, L+M Development Partners and ­Taconic Partners, along with the Empire State Development Corp. Prusik principal S. Andrew Katz said the building “will be a cultural and commercial hub for Harlem in 2023.”