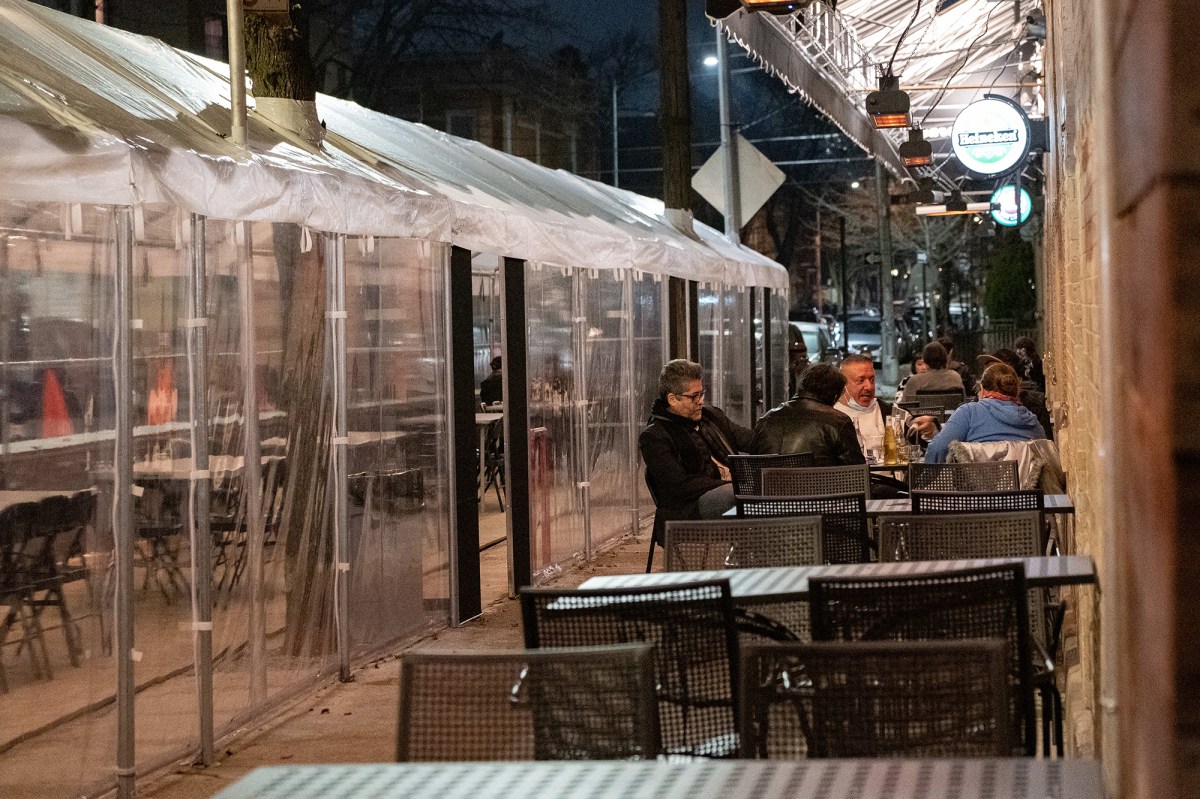 Nobody is happier to say goodbye to 2020 than the Big Apple’s restaurant industry. But 2021 will bring its own set of challenges, including indoor dining areas that remain off limits to guests.

Indoor dining at 25 percent capacity arrived briefly in October only to be pulled less than three months later on Dec. 14 when the state’s positivity rate soared to 5.66 percent.

Now with the city’s COVID-19 positivity rate at 7.07 percent — the highest since its peaked in April and May — restaurants have no idea when they might be able to resume their main business of serving people inside again.

“Unfortunately there is no criteria,” said Andrew Rigie, executive director of the New York City Hospitality Alliance. “We need it so people can plan as best as ­possible.”

It means restaurateurs are being forced to fire and furlough staff as they figure out, yet again, how to survive on takeout alone. For some restaurants, outdoor dining is also an option. But even with heat lamps and makeshift coverings, demand is expected to be limited — at least until spring ­arrives.

“Our biggest challenge is to survive the winter, since we only have outdoor dining and freezing temperatures,” said Denis Franceschini, chef/owner of upscale Bar Italia, on the Upper East Side.

During lockdown, Franceschini launched an impromptu outdoor bar serving cocktails while customers munched on hot calamari in paper bags as they waited for their takeout orders. He’s now built a “villetta” to keep people cozy and warm while dining outside.

Even if indoor dining reopens again before the pandemic has passed, it may also be a challenge to woo people back.

“We’re going to have to work hard to make people feel comfortable to eat inside,” said Garry Kanfer, of the upscale Japanese chain Kissaki.

Customers may also have to show proof that they are COVID-free — perhaps by showing on an app that they have been vaccinated, or tested negative, or else they could take a rapid test on the spot.

For chef Guy Vaknin and his wife Tali, the challenge will be launching their “most beautiful restaurant” to a world dominated by takeout.

“We are opening without any outdoor space, so we will just be takeout and delivery,” Vaknin said. “But we can’t lie under the bed and wait for the storm to pass.”

“It will be my most beautiful restaurant, really warm, with wood and marble,” Vaknin said of the vegan American bistro-style restaurant, Willow, which will open in Chelsea later this month.

Vaknin is also founder/executive chef at Beyond Sushi, a vegan sushi chain that has five New York City outposts. He had to close two additional locations during the pandemic and cut his staff from 125 people to 25 people.

“I miss the buzz that my restaurants had. But I believe in New York. I’m refusing to believe that we will be in this situation forever,” Vaknin said. “As hard as it was, 2020 taught me a lot,” he said.

Franceschini agreed, noting that he has personally delivered takeout from his car during this tough time.

“I wouldn’t keep much of 2020, but it definitely made me stronger,” Franceschini said. “I learned to never give up and to keep reinventing myself.”