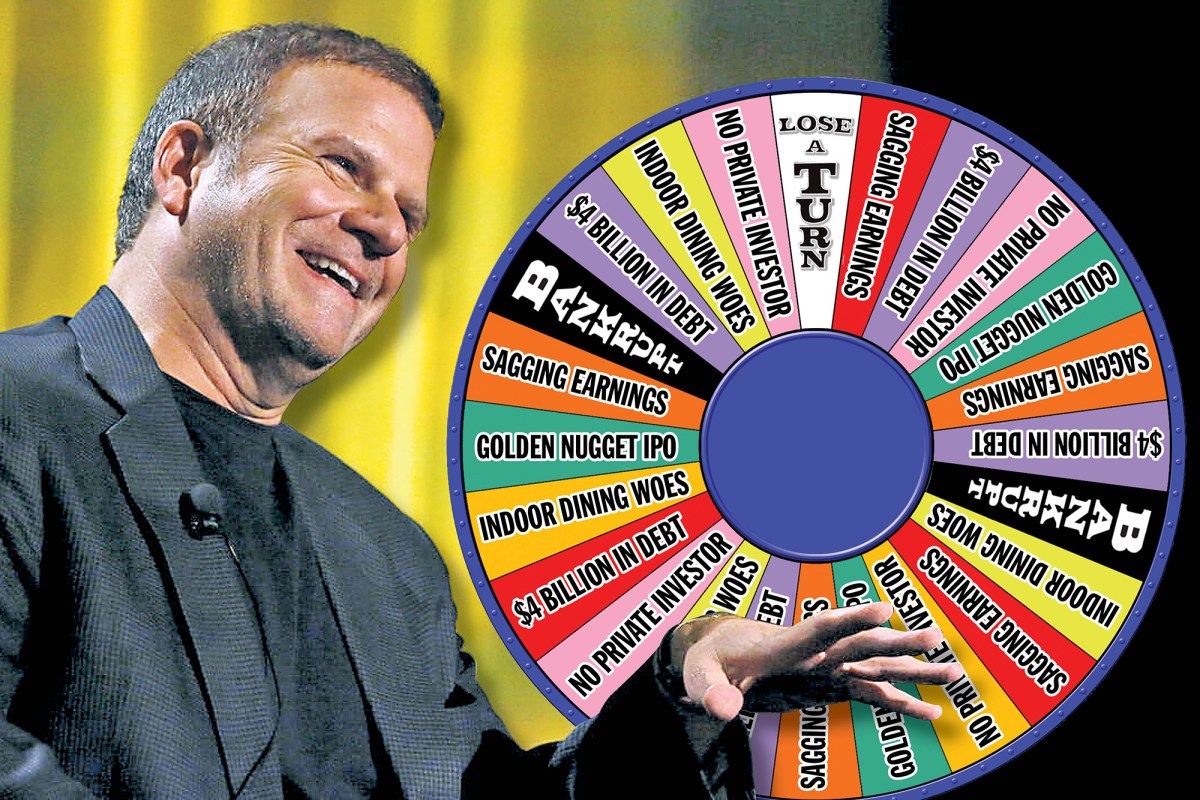 Houston Rockets owner Tilman Fertitta’s plans to take his Golden Nugget restaurant and casino business public appears to be getting the cold shoulder on Wall Street, The Post has learned.

The 63-year-old billionaire casino mogul told CNBC last month that he’s looking to list a minority stake in Golden Nugget on a public stock exchange. But Wall Streeters kicking the tires say the debut is no slam dunk due to the company’s staggering $4 billion in debt and its sagging sales.

Before the pandemic hit, Fertitta had been discreetly shopping a stake of up to 49 percent in the Golden Nugget franchise, which boasts five casinos as well as 600 casual dining restaurants, including the Landry’s Seafood, Bubba Gump Shrimp, Morton’s The Steakhouse, McCormick & Schmick’s and the Del Frisco’s steakhouse chains, two sources with knowledge of the situation told The Post.

There was some interest in the casino business but not the restaurants because Fertitta had been seeking a multiple of more than 10 times earnings, and restaurants even prior to the pandemic were not viewed as a growth business, sources said.

Prospects for the eateries only worsened once the pandemic hit, leading Fertitta to seek a minority investor in the casino assets alone. That effort also came up short, sources said.

The problem, sources explained, is that there appears to be little value in Golden Nugget beyond the debt, which stands at about $4 billion — much of it taken in 2017 to finance a $1.4 billion dividend to Fertitta so he could buy the Rockets for $2.2 billion.

Golden Nugget currently generates about $400 million in Ebitda — or earnings before interest, taxes, depreciation and amortization, a key financial metric. That gives it a 10-to-1 debt-to-earnings ratio, a Golden Nugget lender told The Post.

Even if earnings in the next 12 months were to improve to $500 million as the pandemic wanes, the business would only be worth nine times its Ebtida, giving it little value for stockholders, the lender said.

There are other concerns, like Fertitta’s publicly traded food delivery business, Waitr Holdings, which has proved a dud since his blank-check company bought it in 2018 for $308 million. At the time, the deal sent the stock up to more than $12 a share.

But Waitr, which closed on New Year’s Eve at just $2.78 a share, has been dragged down since by disappointing earnings as it’s lost out to larger competitors like DoorDash and Postmates.

“I don’t think the public markets will accommodate him,” a banking source who has worked on Fertitta fundraising efforts said. “I think Waitr hurt him.”

Fertitta last week also took his casino chain’s online gaming assets public through Golden Nugget Online Gaming Inc., which hasn’t fared well since it kicked off trading on Dec. 30. It’s only traded for two days, however, and closed down 12 percent in its second day of trading.

The casino mogul wants the money from the IPO to reduce Golden Nugget’s considerable debt and make new investments, sources said. “The idea is he’s wanted to diversify,” a banker familiar with his plans said.

He already succeeded last year in paying himself about $300 million in dividends through Golden Nugget, sources said. He’s also refinanced the company so that principal payments aren’t due until October 2023.

In January 2020, Fertitta took out a $200 million dividend from Golden Nugget, later returning $50 million to help it survive during the pandemic.

Fertitta’s June deal to take Golden Nugget’s online gaming business public, meanwhile, was structured to let him to keep $150 million of the $745 million paid by blank-check company Landcadia Holdings II to acquire it, with the rest of the money going to toward helping complete his larger refinancing plan.

Fertitta’s woes come during a rocky period for him as owner of the Rockets. Tilman has reportedly weighed reducing the NBA team’s payroll as the pandemic continues to crush ticket sales — putting it on track to lose an estimated $100 million to $120 million if fans do not return this season, according to a sports banking source.

His ties to President Trump have also reportedly created a “revolt” among the players, with NBA scoring leader James Harden pushing Fertitta to trade him, including to the Brooklyn Nets or the Philadelphia 76ers.