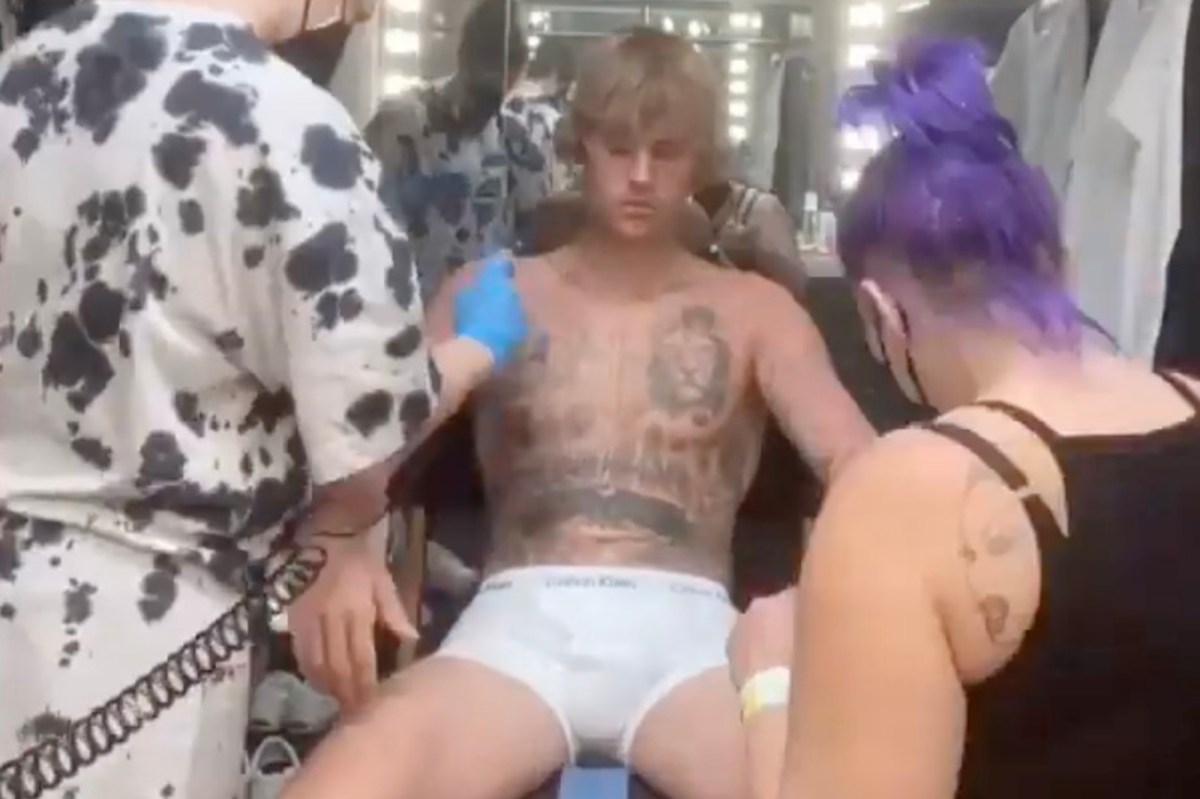 The internet is freaking out over a very revealing video of Justin Bieber getting his tattoos covered up.

On New Year’s Day, Bieber, 26, released the music video for his song “Anyone,” where he plays a boxer with no tattoos.

The Biebs shared a behind-the-scenes video of him in Calvin Klein tighty-whities getting his ink covered up for the shoot.

The clip shows two makeup artists going to town on his chest, neck, back and arms with an airbrush concealer. The singer has as many as 60 tattoos, which he’s been acquiring since he was 16 years old. He said more than 100 hours of work went into inking his body over the past decade.

By the looks of the time-lapse video, quite a few more went into taking them off.

And though his body art was hidden in the video, Bieber made little effort to cover his private parts. Fans were quick to notice the sheer white material barely concealing an obvious bulge.

“In my defense… it looked at ME first,” one Instagram follower commented.

“I’m trying not to look,” wrote another.

“Justin Bieber leaving literally nothing to the imagination,” wrote @thegaypayne.

“CLOSE YOUR LEGS,” one user reminded.

It’s not the first time the singer has bared it all. He has worked with Calvin Klein since 2015. At the time, his bulge was so impressive, many fans assumed the ads were digitally altered. Bieber and his wife, Hailey, have also posed for the brand together.

In November, the “Holy” singer was caught again in his undies on the set of a music video, possibly filming “Anyone.”