Barstool Sports’ Dave Portnoy is a pub saver amid COVID-19

On Park Avenue, a $1 billion tower is set to soar

About 80% Of Japanese Think Olympic Games Should Be Canceled Or Postponed, Poll Shows 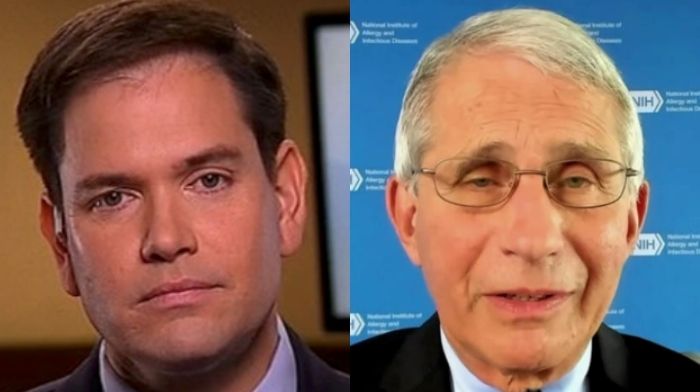 Earlier this week, we reported that Senator Marco Rubio (R-FL) had attacked Dr. Anthony Fauci for allegedly misleading Americans about masks and herd immunity related to the coronavirus pandemic. Now, Rubio is doubling down, saying that he found it “appalling” that Fauci had mislead the public with the intent to “manipulate their behavior.”

Rubio initially let loose on Fauci on Twitter after the infections disease expert admitted to the New York Times that he had purposely mislead Americans about how many would need to be vaccinated for herd immunity to be achieved. Rubio has since fired back in an op-ed published by Fox News in which he slammed the media for ignoring Fauci’s admission before laying out exactly what he had done.

“The story is straightforward,” the Florida senator wrote. ‘For most of this year, Dr. Fauci and other scientists in our public health establishment have been telling Americans that about 60 to 70 percent of the nation would need a vaccine in order for us to reach herd immunity and make the coronavirus a non-issue.

“But, speaking with The New York Times, Dr. Fauci admitted that he believes the real number is in fact significantly higher — perhaps 75 to 90 percent — and he declined to be forthright because he felt the country wasn’t ready to hear it,” he added. “Only now did he say that he feels he has the freedom to ‘nudge this up a bit’ without discouraging the nation.”

While Rubio went on to say that he believes Fauci had good intentions, he said that this doesn’t change the fact that he had been “lying to the American people in order to manipulate their behavior.”

Rubio went on to explain that the main issue with having unelected figures like Fauci purposely misleading Americans to manipulate their behavior is that there is no accountability. He explained:

“The American people deserve the truth; they also deserve accountability. When elected representatives make decisions, they can be held responsible by the public.

But when public health officials with decades of experience and leadership within our nation’s institutions short-circuit the political process and make these decisions themselves, they deny the American people that same opportunity — and to change course if desired.

After all, accountability is a central tenet of representative government. It’s the best way to ensure that the vision of what is being enforced by decision-makers matches the values of the population who have elected them.”

Related: Fauci Issues Chilling Warning That The Worst Is Yet To Come With Pandemic

When it comes to tough decisions being made that will impact the entire community, Rubio argued that “elected officials at every level of government must lead,” not “unelected technocrats.”

While Rubio said that Americans should generally follow public health guidelines, he also said that they should not put “blind faith in unelected celebrity scientists” and should “call them out” when they overstep their authority.

“I am appalled by his arrogance,” Rubio concluded, referring to Fauci. “If he wants to lead the nation, he should run for office.”

Sero Vertical Tv That Rotates To Adapt To Your Content

Six Degrees Of Separation Theory Has Formulated Around the World