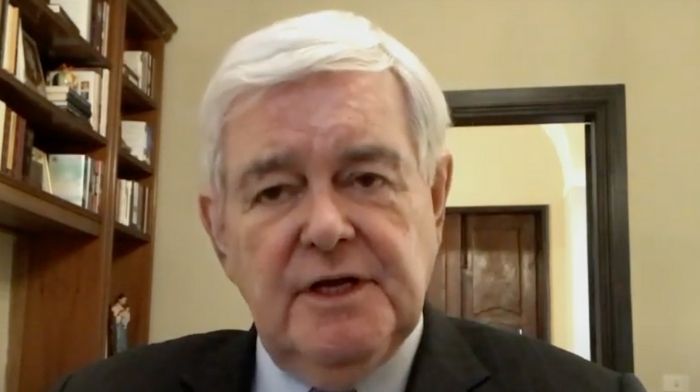 Former House Speaker Newt Gingrich spoke out on Tuesday to reveal how the middle class have been the “big losers” in the coronavirus pandemic as he also voiced his support for President Donald Trump’s calls to increase the payout in the COVID-19 stimulus checks from $600 to $2,000.

“This is like being in World War II,” Gingrich said while appearing on “Fox & Friends.” “We have a disaster in this country made dramatically worse by Democratic governors in places like California, Illinois, New York who have been crushing small business, killing the restaurant industry.”

“You know, the big losers have been middle-class Americans,” he added. “The big winners have been the very rich and government employees who got paid for not doing any work, including millions of members of the teachers union who didn’t do any work, but got … collectively billions of dollars for sitting around.”

“So, I think if you are an average everyday person, you look at all of this mess, and you think the government has clearly not done its job, particularly the state governments led by Democrats, and $2,000 will help me. I think that’s what’s going on,” Gingrich continued.

“[T]his is not about deficit spending. That train is long gone. We’re in the middle of a disaster. I think the average American deserves some help,” he concluded.

This comes after Gingrich wrote an op-ed called “Why I will not accept Joe Biden as president,” which was published in The Washington Times. In this op-ed, he explained that he can’t accept the results of this election because of an anger he has never felt before.

“As I thought about it, I realized my anger and fear were not narrowly focused on votes,” Gingrich wrote. “My unwillingness to relax and accept that the election was over grew out of a level of outrage and alienation unlike anything I had experienced in more than 60 years involvement in public affairs.”

He went on to lament that those on the left and the right now “live in alternative worlds.”

“You have more than 74 million voters who supported President Trump despite everything — and given the election mess, the number could easily be significantly higher. The truth is tens of millions of Americans are deeply alienated and angry,” Gingrich wrote.

“If Mr. Biden governs from the left — and he will almost certainly be forced to — that number will grow rapidly, and we will win a massive election in 2022,” he added.

This piece was written by James Samson on December 29, 2020. It originally appeared in LifeZette and is used by permission.